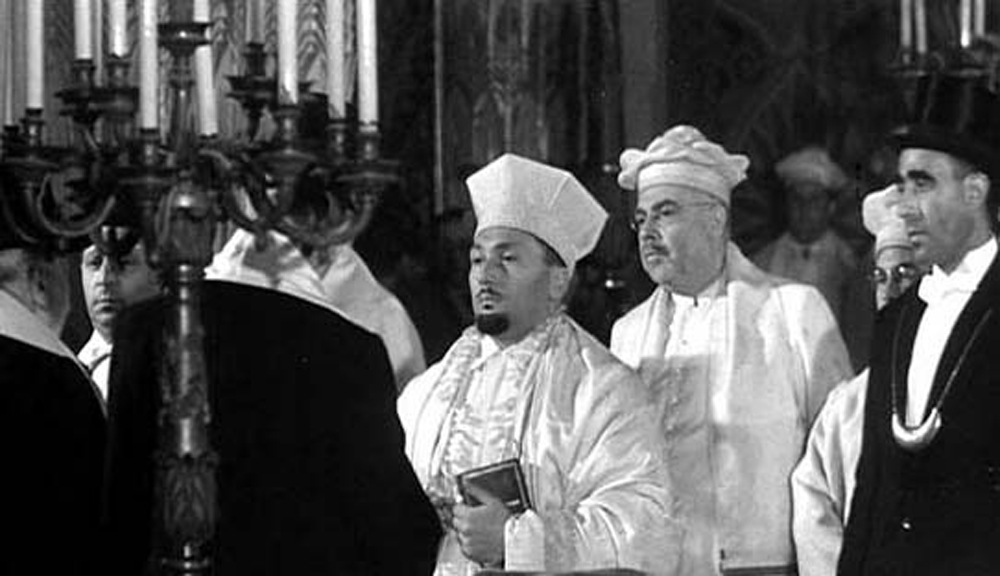 When Daniela Dawan’s first nephew was born, in late 2000, the family travelled from Milan to Rome to have Italy’s most prestigious rabbi, Elio Toaff, perform a giyur katan – newborn conversion – on the infant, whose mother wasn’t Jewish.

By the time Dawan’s niece was born in early 2002, however, no Orthodox rabbi willing to perform such a conversion on the offspring of a mixed marriage could be found in the whole country. Toaff, the charismatic Tuscan-born rabbi who headed the Jewish community of Rome for half a century (1951-2001), had retired a few months earlier.

“Within less than two years, the climate had changed dramatically,” Dawan, a lawyer, novelist and former representative of the Rome-based Union of Jewish Communities, tells Haaretz.

“The [Italian] Rabbis were becoming way more strict, as if they were following the guidelines of Israel’s Chief Rabbinate. I’ve personally met rabbis who don’t shake hands with women, which was unheard of in the Italian tradition. Mixed marriages became a big deal and the whole concept of giyur katan, which used to be standard practice in Italian Orthodoxy, became a big no-no. In retrospect, I think it really started with the retirement of Rabbi Toaff,” recalls Dawan.

Toaff, who passed away on April 19, at the age of 99, was the “de-facto leader of Italian Jewry” until he retired, she explains.

Unlike many European countries, Italy doesn’t have a national chief rabbi, but Toaff’s status as a spiritual leader approached that level and extended well beyond the capital.

“He was a beloved leader, who drew his prestige from the ability to speak to everyone, Jews and non-Jews, secular and observant. He fought in the Resistance. He came to head the Jewish community in Rome just a few years after the Shoah, when it was still devastated both physically and psychologically. He was brave enough to open up a dialogue with the Catholic Church when such discourse was unchartered territory,” says Gad Lerner, a well-known Jewish Italian intellectual.

Most importantly, Lerner tells Haaretz, Toaff “was a quintessentially Italian rabbi. He belonged to a generation of rabbis that used to have a very open and inclusive spirit, without being an inch less observant or less devout. It used to be a unique kind of [Orthodox] Judaism which saw itself as a vibrant part of the larger society.”

For centuries, the vast majority of Italy’s Jews have followed a unique form of Judaism – Orthodox, but extremely open to the outside world, with a relatively lenient interpretation of the halakha, traditional Jewish law, and a strong emphasis on combining secular and religious education.

Nowadays, however, some believe that this tradition is getting lost as rabbis of the older generation have retired, and younger rabbis are embracing stricter versions of Orthodoxy espoused by certain Israeli and Ashkenazi authorities.

Among other things, there are tougher standards for certifying kosher food, less physical contact in public among Orthodox men and women (until recently even rabbis shook hands with women), growing opposition to interfaith marriage, more demanding requirements for converts (with respect to observance of mitzvahs and modesty, plus cessation of conversions of newborns), and more.

“There is a specific Italian halakhic tradition, besides the Ashkenazi and Sephardi ones. Historically, Italy used to be a great cultural center for the discussion and study of halakha,” explains David Meghnagi, founder of the International Center for Modern Jewish Civilization and Israel Studies at the University of Rome.

“One of the unique characteristics of the Italian rabbinical school was its positive relationship with Classical [i.e., Latin and Greek] cultures,” Meghnagi tells Haaretz. “Traditionally Italian rabbis have combined the halakhic tradition with a liberal arts education. Rabbis had to be scholars as well, and they were required to have a secular university degree. Indeed, rabbis were openly encouraged to continue secular studies along with their religious ones.”

This model today is fading as many younger rabbis are receiving their education abroad, Meghnagi says. Moreover, the scholar points out, the status of what he calls the traditional Italian Orthodox rabbinical school of thought is in decline, both because of the small size of Italy’s Jewish community, and due to the growing influence over the new generation of rabbis wielded by ultra-Orthodox Ashkenazi tradition and the Chief Rabbinate in Israel.

The influence of Israel’s ultra-Orthodox Ashkenazi establishment became evident decades ago, but it didn’t impact Italy as long as the old guard of Italian rabbis was practicing, says Meghnagi.

“Elio Toaff had such an enormous prestige that it allowed him to maintain his autonomy, like other important rabbis as Giuseppe Laras [the now-retired former chief rabbi of Milan], and to be actually considered an interlocutor [vis-a-vis Israel’s Chief Rabbinate].

“With all due respect for all the other Jewish traditions, the Italian Rabbinate has it own strong tradition,” Meghnagi says, in summary. “Don’t get me wrong, it’s great that the younger rabbis are also studying in a different way or abroad. But we need also to relaunch the Italian school.”

Italian Film in the Shadow of Auschwitz

Millicent Marcus, Italian Film in the Shadow of Auschwitz, University of Toronto Press, 2009 The last decade has witnessed an outpouring of Italian films that deal with Fascism, anti-Semitism and…