Primo Levi opened a universal platform with his reflections on human nature.

You are the Director and one of the founding members of the Primo Levi Center in New York. What is the purpose of this center?

The Center was born in 1998 to sustain the conversation and debate on Primo Levi’s work and ideas. Further, to make Italian Jewish history known outside of Italy. The third element that has come about in later years is to be present in the debate on the role of history in modern societies. Although we formally have a mission statement, our purpose is a topic of constant re-evaluation of striking a balance between what we want to preserve and the changing worlds around us. We are lucky to have the guidance of Stella Levi, who, with her critical outlook has imprinted on the Center a deep sense of the Italian and Sephardic Jewish traditions, life in America as an outsider, the values of coexistence and the survival at Auschwitz. All of our board members and advisors continuously contribute to engendering meaning in our activities. 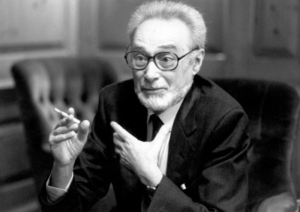 Primo Levi (1919-1987), a chemist and humanist who survived Auschwitz, is known worldwide for If This Is a Man and The Periodic Table. He is the first Italian writer whose oeuvre is available in English in its entirety.

What are your activities?

Year round we offer lectures, films, and roundtables open to the general public. On the academic side, we support lectures, seminars and research projects. This year we also have a fellowship at the Scuola Normale Superiore di Pisa. Our online magazine and a publishing house offer essays and books that would otherwise not become available in the English language. We are already far along in the development of a digital library of Italian Jewish Studies.

You seem to have been quite successful?

It has been a successful journey with many challenges. Our more successful effort has been in creating a space where people of different fields, writers, translators, thinkers, scholars, can get together and find a forum. We also have many institutional and academic partners and often enable collaborations among them. Students from any university can attend our programs. In the US, we collaborate with diverse and prominent institutions including the United Nations, the Library of Congress, the Center for Fiction, the Wiesenthal Center, the Jewish Museum, Columbia University, Yeshiva University, NYU and CUNY, to name a few. I think these exchanges ultimately enable us to leave a mark well beyond our immediate reach. 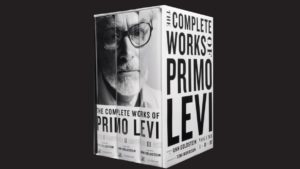 A three-volume boxed set of all of Primo Levi’s works offers a reappraisal of the author known mainly for his Holocaust memoirs.

And the publication of Primo Levi’s Complete Works?

Bob Weil at Liveright-Norton undertook this amazing project more than fifteen years ago, seeking to offer English readers the possibility to appreciate Levi’s writing as a whole. Initially, mostly due to logistic reasons, the book was not going to have appendixes and indexes. We felt that it was important to help in that direction and facilitated the collaboration with the Centro Internazionale di Studi Primo Levi in Torino. They are Levi’s “philologists” so to speak and, eventually, played an important role in this project.

It was not so twenty years ago, but Primo Levi offers a powerful alternative voice at a time of crisis in the narrative of the Shoah. He talked about the Shoah and fascism with a focus on his own experience while at the same time opening a universal platform. People recognise the importance of his reflections on human nature and the relation between individuals and power, whether or not they have a personal link with this history. And I think this is very different from the prevailing Holocaust narrative in the United States which tends to be quite narrow or, as a reaction, becomes lost in generalizations. 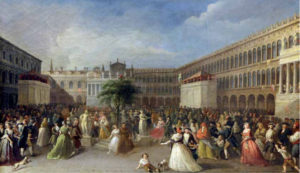 Among the different activities you are organising there will be the presentation of the companion book to the exhibition ‘Venice and the Jews in Europe’ that is open in Venice at Palazzo Ducale until November. The book was just published by Marsilio in English. Why did you support it?

This is an important chapter in Italian Jewish history, a core element of our activities. The exhibition and the 500 years anniversary in Venice have generated debates that are quite revealing of the condition of Judaism today both in Italy and elsewhere. This book is an excellent compendium of the Venice ghetto historiography. It is like a small library in English, beautifully illustrated, for people who want to study the Jews in Venice. We felt it was important to support Marsilio and make it available to our readers. We are pleased to present Professor Donatella Calabi, who curated the exhibition and managed to give a tangible sense of what the ghetto was like, and the society in which the ghetto existed and what it meant in the relation between minority and ruling power at the time.

From Venice, the Jews and Europe, Marsilio 2016

Italian Jewish history is not so well known in the United States, is it?

As an independent academic field it is not present in a full-fledged form, neither in Jewish nor Italian studies. But there are exceptions in the States, for instance the Katz Center for Advanced Jewish Studies at the University of Pennsylvania, or at UCLA, the Viterbi Program in Mediterranean Jewish studies. Today all over the US there are scholars interested in Italian Jewish history. When the Center opened, we felt that work was needed to create a reference system in English. In many years I think we have contributed to change a little bit the landscape. This is especially true for 19th and 20th century scholarship and research on fascism and the Shoah in Italy. 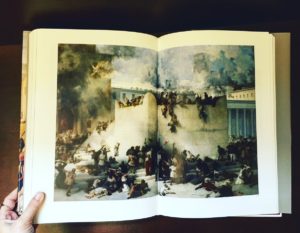 An illustration in Venice, The Jews and Europe

What is actually the role of Primo Levi in your organization?

Primo Levi’s writing, his interest in history, in individual freedom and the relations of power, his curiosity for the history of the Jews inside and outside of Italy, his preoccupation on how memory and history function together and separately in our society, are the heart and the inspiration of our work.

Is anti-Semitism one of your topics?

Yes, it is one of the topics we discuss. However we try to avoid making it the filter through which we see everything else. It obviously has its place among other subjects. We have a good relationship with the Vidal Sassoon Center for the Study of Antisemitism at the Hebrew University and its director, Manuela Consonni spoke recently at one of our programs co-presented with the Simon Wiesenthal Center. 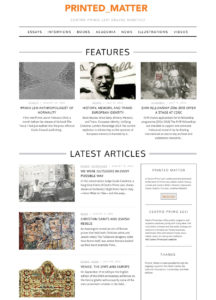 What about your magazine?

‘Printed Matter’ is the title of our magazine. We started with 200 subscribers and now we have 5000, 75% on the East and West Coasts of the United States and another 25% in Europe, Israel and, in growing numbers, in Latin America.

What is the magazine about?

We offer essays and interviews on historical and literary matters, and sometimes philosophical issues. There is a selection of essays and articles on Primo Levi, and an academic section. Alessandro Cassin, who came on board ten years ago, is the editor of the magazine and started CPL Editions. His idea has been since the beginning to develop an open library of articles somewhat linked to current events but primarily a reference for people interested in the Italian Jewish experience from different perspectives. 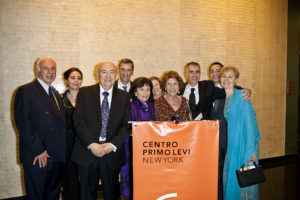 What is the condition of the Italian Jews in the United States?

There have been Italian Jews in the United States for quite a long time but I think that, as no generation created a synagogue, the notion of community has remained quite elusive. Even though today Italian Judaism has become much more similar to American and Israeli Judaism, it retains profound differences, not only in its customs but in the way in which it developed its views, its social structure and interaction strategies during centuries of life in Italy. In America, groups need to have strong and simple definitions. You cannot do that with Italian Judaism because it is a very complex and small reality, difficult to seize, like looking at a cameo in the middle of Times Square. With Centro Primo Levi we try not to lose that difference. I have always seen that as our main challenge. One of the Italian Jewish expats in New York once told me that the Primo Levi Center created a roof in New York. The humbleness of this metaphor really touched me and has become a sort of amulet I carry with me. 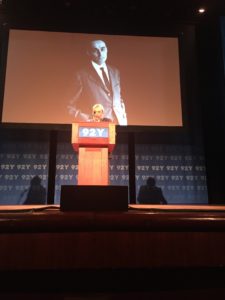 Primo Levi’s son Renzo Levi at the celebration of the publication of his father’s complete works held at 92Y.

Are you close to the Jews in Italy?

The Center’s main partnership is with the CDEC, the Center for Contemporary Jewish Documentation in Milan, the oldest research center on the history of the Shoah and 20th Century Italian Jewry. We owe much of our vision in the academic activities to its former director, Michele Sarfatti and hope to continue our collaboration with the newly appointed leadership, the director Gadi Luzzato and the director of the CDCE magazine, Quest, Guri Schwarz. We also work with the Jewish Museum in Rome, the Renato Maestro Library in Venice and Centro Internazionale di Studi Primo Levi in Torino.

Besides personal relations, on an institutional level, we have exchanges with the communities in each Italian city and try to give visibility to their activities and treasures. I think it’s important to emphasize the historical culture of the Jewish society in Italy, which is essentially city based. This plurality of centers and the exchanges among them is very meaningful in our work.