What is the link between the Centro Primo Levi in New York and the S. F. Vanni Bookstore?

For the past fifteen years the Centro Primo Levi has organised public programs on the history of the Italian Jews and on the humanistic legacy of Primo Levi. Like any other institution it needs to grow, and so, against the trend, we decided to start a “publishing venture”. I firmly believe that books are still a principal and formidable instrument of exchange of knowledge. So we started CPL Editions.

Books regarding the Jewish presence in Italy, and new scholarship on Primo Levi. 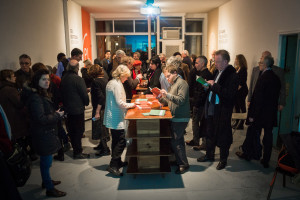 When many bookstores are closing is it not a real challenge to reopen an old bookstore like S.F. Vanni?

There is a long tradition of Italian books in New York. We feel that we want to partake in this legacy, which started with Lorenzo Da Ponte who brought his books to Columbia University at the beginning of the 19th Century, and which was later continued by, among others, the two previous owners of Vanni.

In 1884 Sante Fortunato Vanni, who was from Caltagirone in Sicily, opened his bookstore, the first Italian bookstore in North America. This was at the height of Italian immigration to New York.

But who were these migrants?

Agricultural day labourers and mine workers, who needed everything but books as they were largely illiterate.

Men at Lunch. Construction workers in 1932

So why did he open a bookstore in such circumstances?

For love of books and knowledge, and the belief that Italians would fit into the fabric of the United States through education. Vanni’s masterstroke was to understand that the immigrants could go from agriculture to building construction. So he published a practical book that explained the basics of construction, but only through diagrams and drawings, with no language. It became a bestseller. 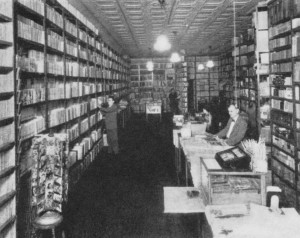 The bookshop moved to 135 Bleecker Street in 1931 when the Vanni heirs sold it to Andrea Ragusa.

Became like a bazaar, also selling postcards and calendars. Vanni became a scrivener. In other words, for those illiterate migrants he wrote their letters home, insurance policies and legal documents. He became a central figure in the Italian community in New York. 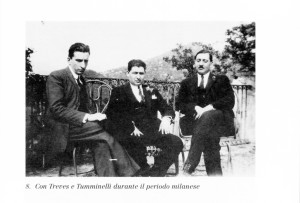 Ragusa with Treves and Tumminelli

And then what happened?

In 1931 Andrea Ragusa, also a Sicilian, arrived in New York to sell the newly established Enciclopedia Italiana Treccani. But after the Depression there was not much space for the Enciclopedia Italiana, so he bought the bookstore and anticipated what Amazon does today. He imported books from Italy and sold them by mail order throughout the US. In partnership with Giuseppe Prezzolini, who at that time was running the Casa Italiana at Columbia University, he became a great promoter of Italian culture through the publication of books in English. He was murdered in 1974 in the course of a robbery and the bookstore was carried on until 2005 by his two daughters, Olga and Isa.

Why was the Centro Primo Levi interested in taking over this heritage and reopened the bookstore this February?

Because Ragusa represented an example of a small independent publisher that closely resembles a long Italian tradition of publishers and booksellers, and I see him as a visionary. Even in as large a country as the United States you can make a cultural impact with small numbers. Ragusa only published 138 books and he created a focal point for the exchange of ideas and books in New York. 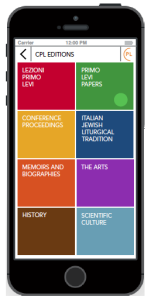 What are your projects?

I don’t see electronic books and paper books as being in competition with each other, rather they go hand in hand. We sell both e-books and paper books, and we mostly sell through Amazon and our App.. Big chains like Barnes & Noble have become book supermarkets. We will try to be a boutique, a place where people meet the author, the translator, and get a sense of how a book has been conceived.

Yes, Italian books in English that we feel are important and not yet available in English. 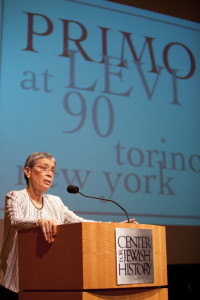 Going back to the Centro Primo Levi, what are your activities? Are you concerned by growing anti-semitism in Europe?

Yes, I am worried about Europe. Anti-semitism has never disappeared, but emerges in different forms at different times. What is happening in France, to some extent is a particualr problem of that country. Other countries in Europe have different problems and different attitudes towards the Jews. Any generalisation about Europe as a whole is misleading. I feel that Italy is a bit of an exception, for various historical reasons and because Italian Jews are a much smaller percentage of the population, there are more or less 35,000. 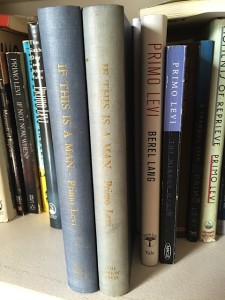 If This Is A Man & other books by Primo Levi

Primo Levi is an Italian writer, but is he a witness for all over the world?

My father published the first English edition of “If This Is A Man” in 1959 with Orion Press. So I feel that Primo Levi has been a presence and a towering example in my life, as he has for most Italian Jews. Having said this, in Italy the Center for Contemporary Jewish Studies in Milan has a project for monitoring anti-semitism in the press, online and in daily life. Their findings show an increase of anti-semitism in Italy at a far slower pace than in other European countries.

What is the importance of Primo Levi as a writer, as a thinker, as a witness in the US today?

First of all I would like to say that in 2015, this year, the publisher W.W. Norton will publish the complete works of Primo Levi in English, including many new translations of the works that are already available. I think that this is a good indication of the growing interest in Primo Levi’s contribution to culture. I would say that perhaps the greatest single achievement of Primo Levi has been to introduce new ways of conceiving the role of memory as a central feature of any reflection on contemporary man. 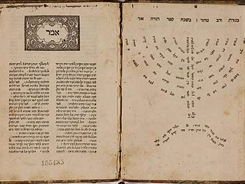 We do about fifteen events each year, all around New York in many different institutions, and our objective is to introduce the history of Italian Jews into the curriculum of American Universities. Today you can get a PhD in Italian History without ever encountering the Jews, and a PhD in Jewish Studies without taking one course about the Jews in Italy. We are trying to change that.