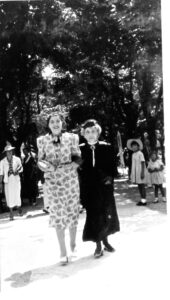 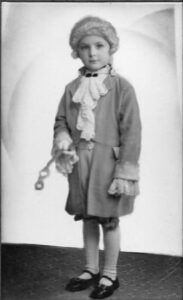 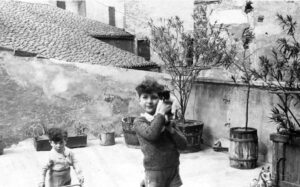 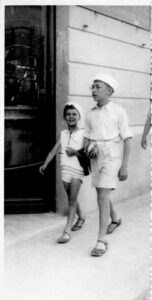 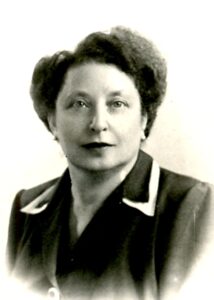 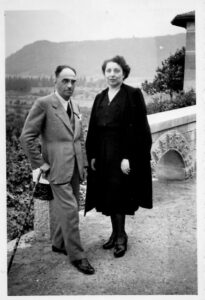 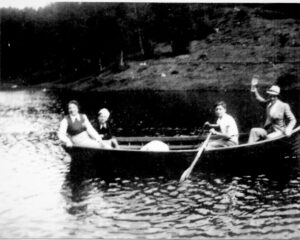 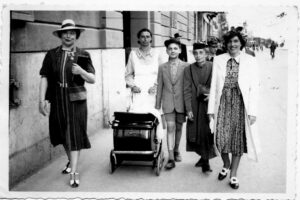 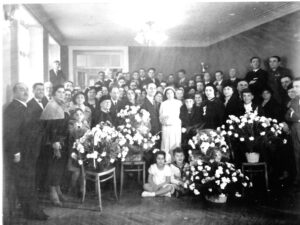 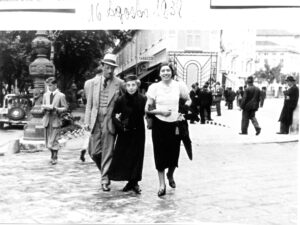 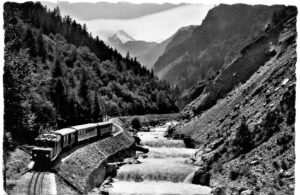 Fleeing for Safety: From Mantua to Switzerland

Edited by Alessandro Vivanti
Translated by Will Schutt

The book combines two accounts, one picking up where the other leaves off, like the passing of a torch.

The son, Corrado Vivanti, opens with the period preceding passage of the Italian racial laws of 1938 and closes with his family’s flight to Switzerland, while the mother, Clelia Della Pergola Vivanti, begins with their traumatic border crossing and ends on the first days of January 1945. The two accounts differ greatly but have in common an absence of self-pity and a certain modesty when relating events that cut to the quick. That is a characteristic shared by many early accounts: those who suffered persecution often felt that sense of shame described by Primo Levi in the first chapter of La Tregua (The Truce).

Corrado Vivanti (Mantua 1928 – Turin 2012), was professor of History of Political Thought at the University of Turin, of Modern History at the University of Perugia and the University of Rome, La Sapienza. After the war he joined the haluzim movement and lived in Israel between 1950 and 1953. Upon his return to Italy, he graduated from the University of Florence with a thesis entitled Le Campagne del Mantovano nell’età delle riforme (The Mantuan countryside in the age of reforms, 18th century). Delio Cantimori was his dissertation advisor. From 1957 to 1962 he studied in Paris under with Fernand Braudel. In 1962 the publishing house Einaudi invited him to oversee its history section. He co-edited with Ruggero Romano ten volumes of La storia d’Italia, curated Niccolò Machiavelli’s Opere and, in 1996-97, Gli ebrei in Italia. In June 2002 Vivanti was awarded the Premio Presidente della Repubblica per la Storia at the Accademia dei Lincei in Rome.

Clelia Della Pergola Vivanti (Florence 1896 – Mantua 1981), was the second daughter of Raffaello Della Pergola and Emilia Todeschini. Her family moved from Florence to Mantua. At thirteen, she began to work in her uncles’ furrier’s shop and later took over the company with a cousin. In 1919, she married Moise Gino Vivanti in Mantua. They had two children, Arrigo and Corrado. After their marriage, contrary to her husband expectations, Clelia went back to the work she was passionate about. Except for the period of her escape to Switzerland, between late 1943 and 1945, she continued to work at her shop until the day before she died, at age eighty-five.

Mother and son’s accounts overlap only for a few events, and while one chronicles his progressive disenchantment, the other is filled with awe and gratitude at each sign of good luck they encounter on the way.

As they compile their memories of the journey, they both pass in review what’s left of their lives in fascist Italy, the remnants of assumptions and values that stuck with them even as the very unfolding of their experience puts them into question: among many, the boys playing enthusiastically with actual war maps as Italy’s Ethiopian  campaign advanced and Clelia’s quasi-slip of the tongue in describing the first religious service they can freely attend in Bern, as their “right as a race recognized after so many years.”

Of the last stop before the flight through the Alps, Corrado recalls that learning that they were Jews, the owner of the villa demanded that they be sent away as soon as possible, while Clelia remembers only the “exquisite hospitality of the owners of villa Moschini.”