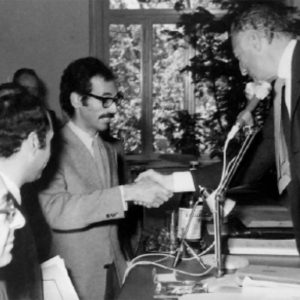 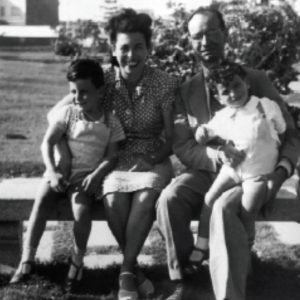 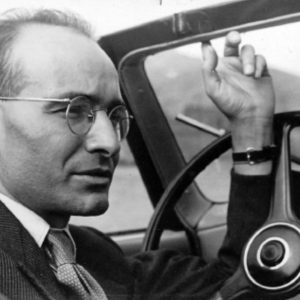 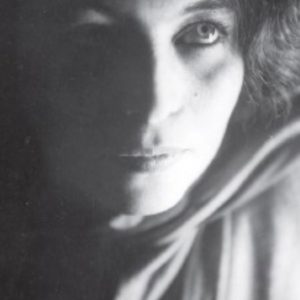 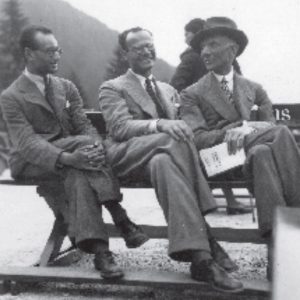 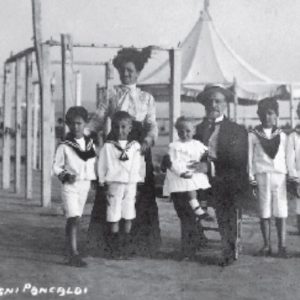 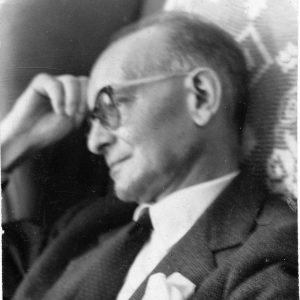 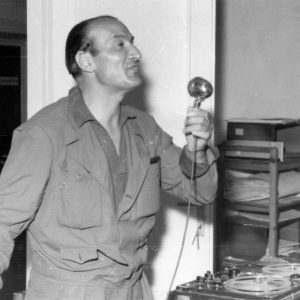 Rather than going in search of his Jewish roots, Sandro Gerbi focuses on the reverse process: the gradual secularization of his family during the twentieth century, through the progressive distancing from religious observance, Jewish communal life and endogamy. Following the travels, achievements and vicissitudes of two generations, the author explores collective and personal history without nostalgia, but also without any contempt for his ancestry.

The story begins in 1938, the year in which the author’s father, the historian and economist Antonello Gerbi, was forced to leave Italy for Peru because of racial laws. The fate of his two brothers — one a sports journalist, the other a doctor — who found shelter in the United States, was similar. With his agile writing, rich in anecdotes, Gerbi traces the ‘Jewish’ thread in the events of his life: his birth in Peru in 1943 because of his father’s exile, the return to Italy in ’48, the survival of a specific “family lexicon,” and a trip to Israel in December 1967. He recounts some decisive meetings: the financial expert Renato Cantoni, the philosopher György Lukács, the journalists Ugo Stille and Indro Montanelli, the literary agent Erich Linder. Finally, the moving first return to Lima in 2010, 62 years after leaving.

Want to take an exclusive pre-print sneak peek at the book’s first chapter? 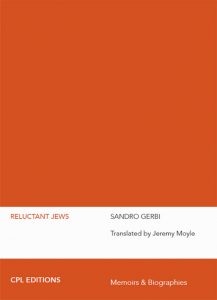 “My father was very fortunate because the bank he worked for as Senior Economist, sent him to Peru in ’38 with the same role in a subsidiary local bank. He had a ten-year exile, a golden one, in a country where he revolutionized the horizon of his studies, writing what have become “classic” books in the field of American Studies, and have been translated into various languages. As far as I am concerned, Peru has become a kind of ideal second home (next year in Lima, I said half-jokingly). I went back only once after 60 years: it was a moving experience, through which, among other things, I realized that the memory of my father still lives on vividly in Peru.“

What the critics say

“Sandro Gerbi recalls the events of his family history. The devastating effect of state anti-Semitism introduced by Mussolini […] None of them were particularly observant: in the 1931 census, Antonello declared himself Buddhist as a joke,  and in 1932 he left the Jewish Community of Milan, proudly claiming his secularism.”

“Reluctant Jews glides over decades between life experiences and intellectual pursuits. Several generations of a family cross, collide, and overlap between Italy, Latin America, and the United States.”

“Reluctant Jews is a book not to be missed. It narrates with precious lightness the dramatic scattering of a family.”

“In Reluctant Jews, Sandro Gerbi selects — like a film director — characters with strong and defined profiles, a full and solid life, and extraordinary far-reaching relationships. And through this well-identified and recognizable group, transforms the exodus into a great adventure”.

Please Share This
I am the footer call-to-action block, here you can add some relevant/important information about your company or product. I can be disabled in the theme options.
Get In Touch
© Copyright 2019 Primolevicenter. Designed by Wordpress Customize