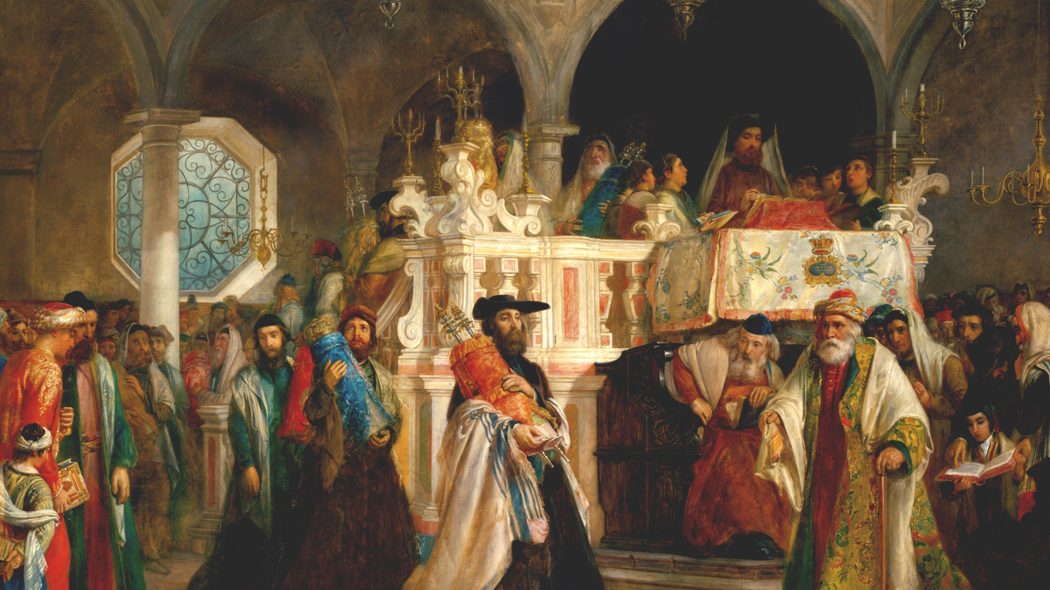 Marina Caffiero’s new book offers an engaging overview of the situation of the Jews of Italy in the early modern period.  It must be hailed as a new foray in this regard for it distances itself from the scholarly syntheses which considered the Jews in Italy during the Renaissance period and their interactions with Italian society such as Moses A. Shulvass (1955), Cecil Roth (1959) and Robert Bonfil (1991) and overarching studies which took up the theme of the Jews in Italy throughout the ages like those of Cecil Roth (1946) and Attilio Milano (1948).  It thus fills a void in the existing literature by taking up Italian Jewry from the fifteenth century to the period before its emancipation.

Caffiero is not a scholar of Jewish history and this results in what is one of the merits of the book which is that it places the Jews of Italy in a wider context than that of their communities.  Throughout the author considers how they interacted with Italian  society during the centuries under consideration and their part in wider debates in Italian society.  Rather than attempt an overarching portrait which would make of the Italian Jewish experience uniform she rightly evokes the many differences in the situation of Jews who lived in territories reigned over by Italian princes, the Spanish crown and the Catholic Church.  By choosing to make these distinctions present she is able to avoid some of the pitfalls of easily defining an Italian Jewry which can often be simplistic.  She also stresses the interconnectedness of Italian Jews beyond the frontiers of the Italian peninsula and how their particular networks extended to the Levant, Northern Europe, the Maghreb and even the New World to further counteract a vision which might consider them in isolation.

The author draws on the most recent bibliography to present her overview of the life of Jews through the tumultuous period which was the early modern period and the dawn of the contemporary age.  In doing so she relies on scholarship which takes into account social and cultural history of the Jews, intellectual history, church history and economic history, quoting the most authoritative voices in those areas widely.  In this way she is able to navigate between the inner life of the Jewish communities themselves and the attitudes of Italian society and states towards them.  She is especially able to draw own scholarship on Italy during the Enlightenment and the question of forced conversions and the indoctrination of religious minorities, especially Jews, into the Christian faith, to flesh out her depiction of the changing situation of the Jews on Italian soil.

The book is divided into three parts which take up the most defining “moments” of the Jewish experience in Italy.  The first takes up the situation of Jews at the end of the Middle Ages in Italy and here Caffiero provides a careful overview of the various states and territories of the Italian peninsula in order to reinforce the specificity of each case.  She rightly sees the arrival of Jews from the expulsions in Spain and Portugal at the end of the fifteenth century and the expulsions from Sicily and the Kingdom of Naples in 1492 and 1541 and one of the seminal moments of the period. Throughout she attempts to provide the reader with an informed, general picture of Jewish life and its relations to the wider world.  The next event which was to condition the way in which Jews interacted with Italian society is taken up in the second part of the book which considers the creation of ghettos which had the effect of segregating Jews and effectively setting them apart from Italian society.  This closing off of Jewry from the Christian society around it had the effect of imposing a general inwardness although as Caffiero shows there certainly were examples of interaction and dialogue.  The third part considers the Jews of Italy in the period of growing emancipation throughout the eighteenth century.  This emancipation was itself part of more general European phenomenon and as she points out Italy’s Jews did not stand aloof to what was happening throughout the continent.  This third part takes the reader to 1825 when the reaction to emancipatory measures brought about a series of measures which were to worsen the situation of the Jews anew.

Informative and engaging, in her book Caffiero takes up the manifold changes going on in Italian society and the Catholic Church and how they had repercussions for the Jews.  Her concern thus is how Jews were part of a larger picture, players in the general Italian world which was never static but undergoing constant changes and itself in interaction with the rest of early modern Europe.  In the space of the pages in which she takes up her depiction of early modern Jewish life in Italy Caffiero reflects the dynamism, complexity and struggles of constantly evolving world.

The People of the Book

The People of the Book and Their Books: Ferrara Celebrates Jewish Continuity and Book Publishing in Italy Alessandro Cassin interviews Riccardo Calimani The first edition of the Italian Jewish Book…