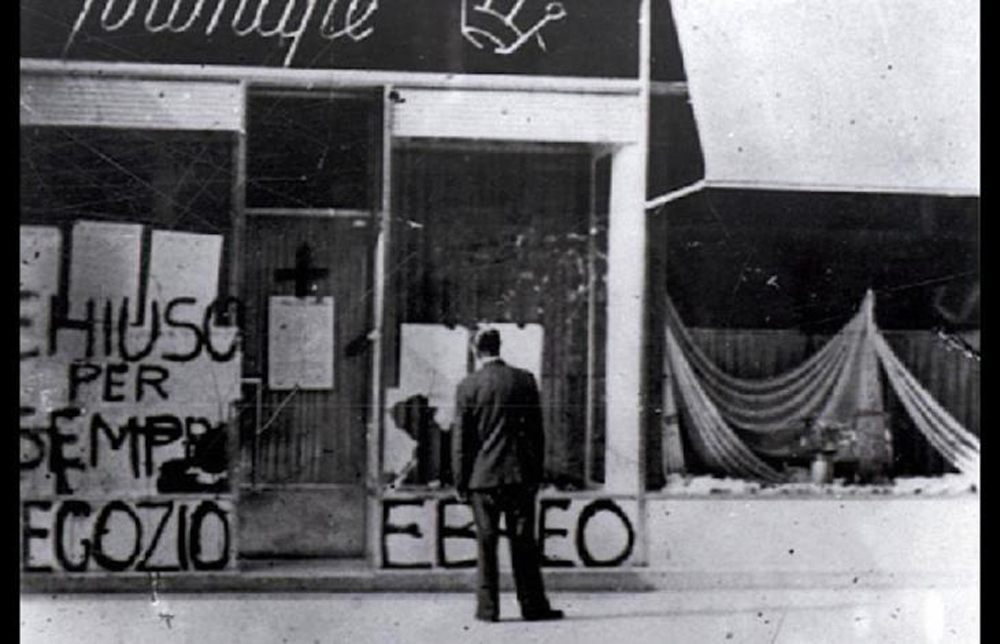 While scholars continue to uncover the infinite implications of the Holocaust, a comprehensive legal examination of the anti-Semitic laws born in Mussolini’s Italy, predating the German occupation, had yet to be completed. Rutgers Law–Camden Professor Michael Livingston taught himself Italian to better understand these laws that forever changed Italy’s once thriving Jewish community, whose history dates back more than 2,000 years.

With the support of a fellowship from the U.S. Holocaust Museum, Livingston researched mountains of documents for a decade-long investigation into the pervasiveness of Mussolini’s Race Laws.

In December, his book The Fascists and the Jews of Italy: Mussolini’s Race Laws, 1938-1943 will be published by Cambridge University Press, offering for the first time in the 70 years since Fascism’s end,  a comprehensive English-language survey of the anti-Jewish laws enacted and followed by an otherwise just people.

“People think of Italy as a place where nothing bad can happen,” says Livingston. “I’ve found that it’s very different to have an impression than to look at actual documents. The documents don’t lie…Italian Jews prior to the racial laws felt as safe as or safer than virtually any Jewish community in the world, and would have been literally stunned to learn what awaited them a few years later. What things are we doing now that may seem insane to future generations?”

What the documents – Italian legal, administrative, and judicial sources – showcase emphatically is the central role of lawyers in the Race Laws implementation, laws that address who could own radios or homes, who could operate a business, who could marry whom, and of course, who is legally Jewish.

The legal approach is novel to the historical discourse on this time period, which has previously focused on political and social perspectives.  Livingston writes in the book:

“As compared to Hitler’s Germany or Stalin’s Russia, Fascist Italy offered at least a limited amount of independence to judges and lawyers, and a courageous few used this independence to ameliorate or limit the damage resulting from the laws.  But others expanded them: and, by providing technical assistance in drafting and interpreting the Race Laws, lawyers were indispensable in making the laws effective.”

According to Livingston, the Race Laws were incredibly pervasive, took too long to be repealed, and produced irreparable damage. The most positive aspect of their existence is to now serve as a haunting lesson for any law student or future attorney. Again, he writes:

“Did the formally legal character of the laws, notwithstanding their apparent immorality—which in any case is likely to be more visible now than it was at the time– help to explain their reception by the Italian population and the Jews themselves?  What are the lessons for the training of future lawyers and the prevention of further Holocausts?”

Prior to joining Rutgers in 1987, Livingston, who has also been a visiting professor at Tel Aviv University School of Law and Bar-Ilan University in Israel (among others) was a legislation attorney for the Joint Committee on Taxation of the U.S. Congress. He teaches courses in tax, comparative law, and law and the Holocaust and directs Rutgers’ Volunteer Income Tax Assistance Program.

About the book
From 1938 until 1943 – before the German occupation and accompanying Holocaust – Fascist Italy drafted and enforced a comprehensive set of anti-Semitic laws. Notwithstanding later rationalizations, the laws were enforced and administered with a high degree of severity and resulted in serious, and in some cases permanent, damage to the Italian Jewish community. Written from the perspective of an American legal scholar, this book constitutes the first truly comprehensive survey of the Race Laws in the English language. Based on an exhaustive review of Italian legal, administrative, and judicial sources, together with archives of the Italian Jewish community, Professor Michael A. Livingston demonstrates the zeal but also the occasional ambivalence and contradictions with which the Race Laws were applied and assimilated by the Italian legal order and ordinary citizens. Although frequently depressing, the history of the Race Laws also involves numerous examples of personal courage and idealism, and provides a useful and timely study of what happens when otherwise decent people are confronted with an evil and unjust legal order.

Reviews & endorsements
“Michael A. Livingston brilliantly explores the legal framework, case-level operation, and ominous consequences of Fascist Italy’s racial laws from their introduction in 1938 to the regime’s destruction in 1943. He offers original and often disturbing perspectives on the legal-bureaucratic mechanisms of the Holocaust, the character of modern Italy, and the rule of law. Livingston’s analysis is unrivalled in conceptual sophistication, mastery of the relevant legal scholarship, profound knowledge of the historical literature, and painstaking archival research. The Fascists and the Jews of Italy is a splendid introduction to issues that remain unresolved – a full seventy years after Fascist Italy’s ignominious end.” – MacGregor Knox, Stevenson Professor of International History emeritus, The London School of Economics and Political Science

“This fascinating study reverses the view that the leggi razziali, the Italian equivalent of the Nazi Nuremberg Laws, especially because they included exemptions for meritorious Jews, were not as harsh as the German. Michael Livingston brings a lawyer’s precision to the issue, explains the problems that the drafters faced, and chillingly shows their terrible effects. It is ‘an example of the power of lawyers and legal thinking in creating evil as well as good results.’” – Jonathan Steinberg, Walter H. Annenberg Professor of Modern European History, University of Pennsylvania

“In this book, Michael A. Livingston analyzes the creation, administration, and impact of the Racial Laws promulgated in Italy in 1938. He argues that the Racial Laws written and applied by the Fascist regime were a distinctively Italian and Fascist phenomenon and that, contrary to common assumptions, they were actively enforced. Taking what is only now accepted as a historical truth, the author asserts that Italians supported the Racial Laws and that they were put into force with ever greater dedication between 1938 and 1943. Through his keen analysis, Livingston offers a detailed presentation of the legal imposition of the Racial Laws, as well as their application on the local level. In so doing, he brings to light a critical chapter in European history and debunks a myth central to postwar Italian national identity.” – Marla Stone, Professor of History, Occidental College