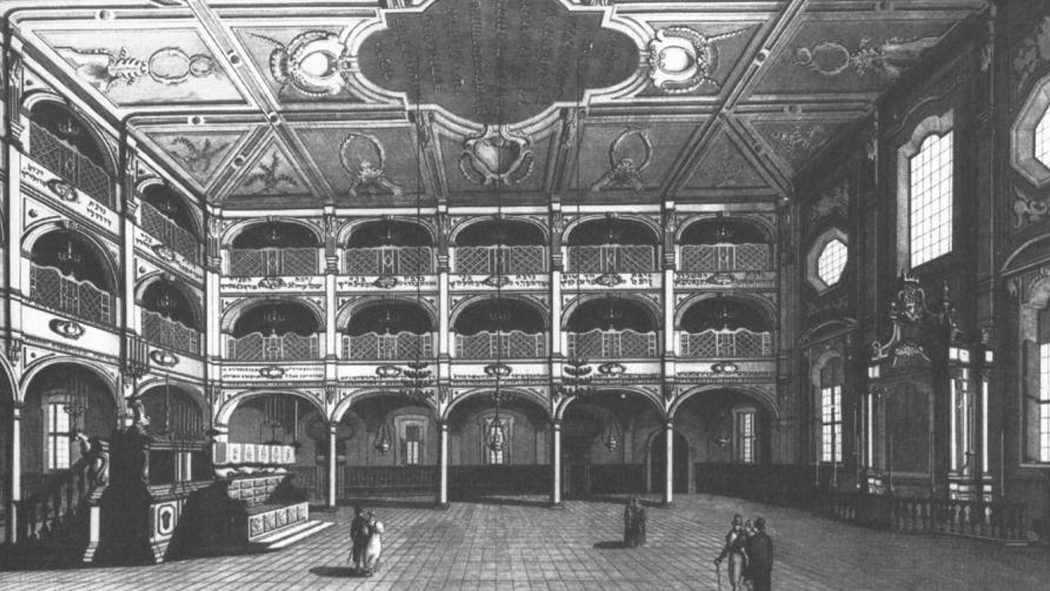 Adam Shear (University of Pittsburgh), H-Judaic (March, 2016)
Adam Shear teaches in the Department of Religious Studies at the University of Pittsburgh.
Despite its status as the second-largest Jewish community in western Europe in the eighteenth century and the relatively high percentage of Jews in the general population of Livorno, the Livorno Jewish community (especially in this period) has been relatively understudied by Jewish historians, Italian historians, and historians of the Enlightenment era in Europe. While not a comprehensive survey of this community, Bregoli’s work is very important in highlighting the ways that Livornese Jews engaged with the Tuscan government reforms and with Enlightenment ideas. This engagement, she successfully argues, did not involve the same kind of dynamics of engagement as in German-speaking lands or England. Acculturation and modernization took different forms in Livorno, due not only to the Tuscan political context but the unique economic and legal status of the Jews of Livorno dating back to the seventeenth century.

While Bregoli’s book would be a valuable scholarly contribution even if it were limited to a close study of the dynamics of modernization in one community, her work goes much farther in showing how consideration of Livorno might offer a third model of Jewish engagement with Enlightenment reform that is different from the Haskalah model in central and eastern Europe-as well as in some parts of northern Italy-that saw a community in dire need of internal social and cultural reforms; and also different from the model of “Jewish Enlightenment” in communities like England, which took on a largely apologetic tone.

What does this third model, or “Mediterranean Enlightenment” look like? One of the key questions that emerges in eighteenth-century Europe in all of these areas, including Livorno as we learn from Bregoli, is the extent and possibility of Jewish participation in the broader culture and economy and whether Jewish society or Jewish culture needed to change in order to facilitate such participation. Indeed, in focusing on these questions of engagement with the Enlightenment, with acculturation and modernization, and with the relationship between the government and the Jewish community, Bregoli’s work engages with some of the central dynamics of modern Jewish history. These issues are relevant not only in the long nineteenth century when full legal emancipation came under discussion after the French Revolution, first in France and then spreading to the rest of continental Europe, and in a more evolutionary way in Britain and the United States. Such dynamics are also at work in the ancien regime when political rights were generally not on the table (or only limited political rights were under discussion). Bregoli’s book is not concerned with the postrevolutionary landscape but in the context of the Old Regime, she is able to use Livorno to offer a different perspective on the question of whether participation in the wider economy or culture would betoken a change in the structure or functioning of the Jewish community itself.

In much of Europe, the implicit bargain (that often became explicit after 1789) was that Jews as a group would have to give up their increasingly unusual corporate (or quasi-corporate) status so that more and more Jews as individuals might be able to join the wider world. What Bregoli demonstrates so well in her book is that unlike in the German Haskalah, the Jews of Livorno did not think their culture had to change to participate in the wider circles; and unlike in England, there was little to no movement in Livorno toward either apologetics or a felt need to synthesize the new modern culture into Jewish communal structures.

Building well on the work of Jonathan Karp regarding the eighteenth-century debates over the economic utility of Jews, Bregoli shows that in the Tuscan-Livorno case the utility of the Jews was largely taken for granted. In Livorno, as Bregoli shows, rather than view the corporate structure as an obstacle to the regeneration of the Jews, the corporate structure was in some ways presumed to be part of the reason for their utility and thus debates over Jewish political participation hinged not on the abolition of the communal structures, but on the question of whether Jews as individuals or as representatives of the corporate group might gain local voting rights. Although Bregoli shows why the efforts to give Jews political rights on this basis failed in Livorno (as well as in the one other place it was tried, Catherine the Great’s Belorussia) and why this discussion was ultimately abortive and made moot by the French Revolution, her work here shows a kind of road not taken in European discourse about Jews and the state.

One chapter of the book focuses on a discussion of the history of Hebrew printing in Livorno. Book history often focuses on questions of output (what was printed) or dissemination and reception (who read the books, how new ideas or practices were introduced through dissemination of books). While Bregoli pays attention to the content of the books produced, her main focus is on the development of the printing business as a further case study of the ways that Jewish life (in this case, a particular form of Jewish commerce) was intertwined with government policies.

Although the question of economic and politics occupy her attention in the last two chapters, much of her work deals with culture. Here, she interprets the Livornese data to suggest an alternative model of Jewish acculturation. In contrast to contemporary developments in Germany and England as well in contrast to earlier Italian models, she argues that “compartmentalization” rather than synthesis characterized much of the Livornese intellectual and cultural response to the non-Jewish world.

With the polymath Joseph Attias and his library as her first case study, she argues that this model keeps largely separate the two arenas of European intellectual life and Jewish community. Attias participates in the Republic of Letters and in the Jewish community but he does not attempt to either change Jewish culture along Enlightenment lines or bring specialized Jewish knowledge to the Enlightenment. Here, I think, Bregoli very skillfully handles a complicated set of evidence and is careful to offer an interpretation that does not overstretch the case. In doing so, she is able to show us both what an unusual figure Attias is and also how he might shed light on larger trends.

Bregoli makes a convincing argument that Attias’s compartmentalization is not contradictory-that is, he does not take one stance in one sphere and an opposing view in another stance. His rationalism, for example, extends to both his experimental scientific work and to his stance against Kabbalah, especially Sabbatianism, in the Jewish world. But he does not mix the two. He does not hide his Jewishness in the Republic of Letters and his interlocutors often call upon him for expertise in Hebrew grammar and biblical texts. However Attias’s major engagement with texts in this sphere is with the works of Christian Hebraists; his specialized Talmudic knowledge is deployed within the Jewish world. Indeed, her suggestion that we should view Attias as a kind of “Jewish Hebraist” analogue to Christian Hebraists is intriguing and I hope one she will follow up on in future research.

Bregoli also puts forward Attias as a figure that departs from the model of the Renaissance Jewish intellectual (see, for instance, the examples in the 2004 collective volume, Cultural Intermediaries: Jewish Intellectuals in Early Modern Europe, ed. David Ruderman and Giuseppe Veltri) who tended to synthesize their various intellectual activities. But in addition to stressing the compartmentalization of Attias’s interests, Bregoli also points to the relative lack of halakhic engagement for Attias. However, Attias did have legal training and was called “Rabbi”; in this respect, more discussion is needed not only to distinguish Attias from a sixteenth-century predecessor like Judah Moscato, the Mantuan Jewish polymath who preached in the Mantua synagogue and signed only a handful of responsa, but also from contemporary rabbis in Livorno who had extra-halakhic interests.

The theme of compartmentalization continues in two chapters on Jewish physicians who participated in general public health schemes and were not interested particularly or exclusively in reforming Jewish healthcare practices per se. Here, Bregoli argues that these Livornese Jewish physicians differed from the maskilic physicians of Germany and northern Italy. Indeed, the compartmentalization here seems a key factor in why such reform efforts failed in the Livorno Jewish community.

Finally, her work on coffeehouses, gambling, and Jewish sociability adds another piece to the puzzle of the ways in which the Livorno case differs from other Jewish, and in this case non-Jewish, practices, and represents a different model of Jewish engagement with European culture. The Livornese case-in which the coffeehouse and its attendant activities remained under communal control-represents a challenge to the prevailing Habermasian view of the coffeehouse. At the same time, Bregoli shows that the Livornese Jewish coffeehouse was primarily a vehicle of internal acculturation rather than a place that took Jews outside the sphere of the Jewish community. Thus, the coffeehouse may have been a vehicle of modernization but not assimilation.

Ultimately, the major contribution of Mediterranean Enlightenment is the use of Livorno to reframe the eighteenth-century European Jewish experience by offering a different model of the dynamics of continuity and change. In demonstrating another way in which eighteenth-century European Jews engaged with Enlightenment ideas and Enlightenment-influenced government reforms, Bregoli’s book deserves a place on the bookshelf next to the works of David Sorkin and Shmuel Feiner on Germany, David Ruderman and Todd Endelman on England, Lois Dubin on eighteenth-century Trieste, and Jay Berkovitz on Metz. (Indeed, at the end of the book, Bregoli offers some suggestions and hints that pre-Revolutionary France and Trieste represent important parallels.) Because the book is essentially a case study, questions inevitably arise about its general applicability. Is there enough evidence here and enough case studies to add up to a full model of compartmentalization? Do we find the Livorno model elsewhere or it is very specific to its context and to some contingent factors? But these are the questions that will stimulate further research and do not detract from Bregoli’s achievement here.

From Sarajevo to Parma

From Sarajevo to Parma, a Jewish family during the Second World War In the days that preceded Christmas 1941, before the eyes of the stunned inhabitants of the community of…