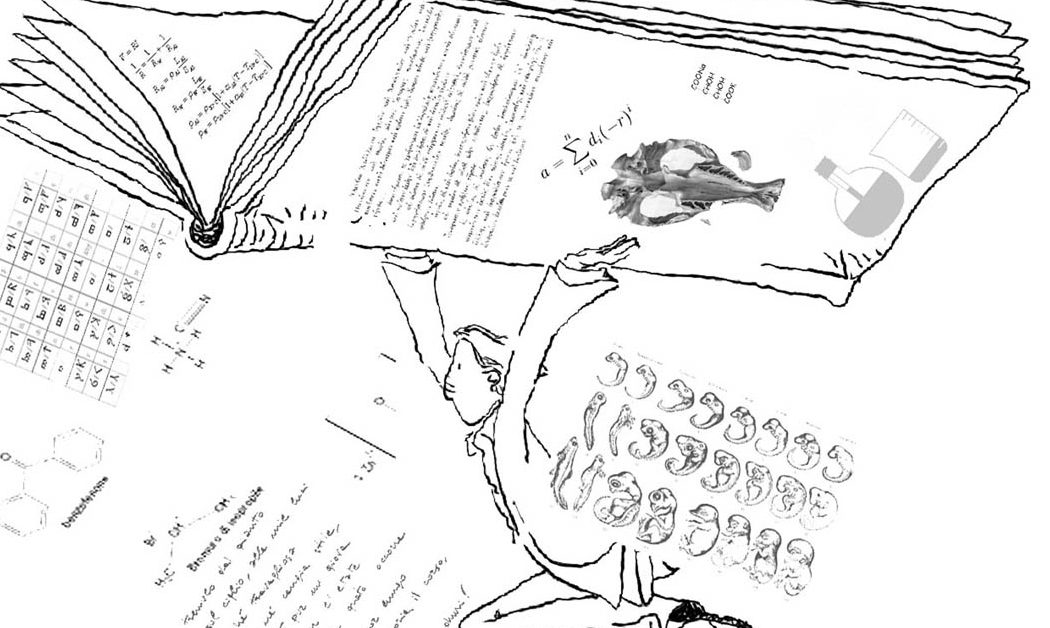 The interest in Fascist editorial and ideological politics has produced some excellent work in the last decade, including Giorgio Fabre’s L’elenco: censura fascista, editoria e autori ebrei (1998), devoted to the regime’s racial politics; as well as Ruth Ben-Ghiat’s Fascist Modernities: Italy, 1922-1945 (2001) and Marla S. Stone’s The Patron State: Culture and Politics in Fascist Italy (1998), both of which address state-culture relations during the Fascist regime. Guido Bonsaver’s new volume, Censorship and Literature in Fascist Italy, adds to these an idiosyncratic, thoroughly researched, and very readable portrait of what it meant to be a writer and/or a cultural operator during the ventennio. (In 2005, Bonsaver also edited, together with Robert Gordon, the proceedings of a conference, Culture, Censorship and the State in Twentieth Century Italy.)

As this new monograph cogently confirms, “Fascist censorship was not a monolithic and tightly coordinated machine of repression” (p. 5). Bonsaver illustrates the extent to which censorship needs to be contextualized, historicized, and examined from multiple standpoints to call into question the notion of absolute consistency that is often ascribed to “censorship” as a phenomenon. He discusses the role that publishers and authors came to have in terms of practices of preventive censorship and/or self-censorship. He, thus, addresses the issue of censorship as a hinge point of the relations between state and cultural agents, relations that occur “sometimes in oppositional terms but more often in self-adjusting, complicit ones” (p. 5). Such a perspective contributes to Bonsaver’s success in discussing the complexity of cultural practices of modern Italy. His book is a fundamental contribution to the study of literary culture during the Fascist years.

Bonsaver organizes his research along the “three distinguishable phases of Fascist censorship” (p. 9). In the first phase, from 1922 to 1933, the pre-existing conditions of censorship in Italy are examined, while accounting for Benito Mussolini’s enforcement of a more explicit set of rules and for his progressive centralization of cultural policies. In the second period, covering the years 1934-39, Bonsaver reviews the more professionalized censorship system put in place and the attempts to create an “Italian” culture, with all that entailed in terms of gender and racial profiling. For the third phase, from 1940 to 1943, he examines the different issues and concerns arising from the war effort and from Italy’s military alliance with Nazi Germany, as well as the continuities with the previous phase.

In all three periods, Bonsaver also refers to the role played by a non-state institution, such as the Vatican. In general, he contextualizes the Fascist period within a broader overview of the Italian cultural panorama from the end of the nineteenth century on, thus showing the extent to which certain cultural and political practices related to censorship were in place before Mussolini’s ascent to power. For example, from Francesco Crispi’s government to post-World War I, regulatory concerns (when present) were mostly directed toward journalistic production and periodicals, as opposed to books, a characteristic that also applies to the first phase of Fascist censoring policies. It was only from 1931 that books, both Italian and foreign, became the object of censorship interest in their own right, starting in particular with Don Luigi Sturzo’s anti-Fascist publications and Henry Barbusse’s Communist works. The “first collection of national data with regard to books” came in 1932, when theatrical censorship was organized at a national scale as well (p. 25).

If “in the early years of the regime, Fascist censorship was far from being an all-pervading and systematic process,” from the beginning of the 1930s, the attention devoted to what could and could not be published in the Italian literary realm began to increase, all the way to what Bonsaver labels “a turn of the screw,” as Italy entered WWII (“giro di vite” is actually an expression used by Galeazzo Ciano in his diary, in a 1938 entry on anti-Semitic measures, as Bonsaver attests) (pp. 90-91, 173). In 1934, following the scandal of “Mura’s” (Maria Volpi) novel (Sambadù, amore negro), whose cover depicted interracial love between a white woman and an African man, Mussolini ordered that three copies of each new book be submitted to, respectively, the local prefect, the DGPS (Direzione Generale di Pubblica Sicurezza, responding to the head of the police) and the Press Office of the Head of Government (the number grew to eight in 1939). Thus, the first “implicit pre-publication censorship” was set in place in 1934, although the author rightly stresses that such directives remained legally invisible for much longer, as it only became an official bill in 1939 (p. 185). Bonsaver notes the tragic irony behind the sudden official “visibility” of this law, since it occurred just as a different, much more serious policy was unofficially introduced, one with a clear anti-Semitic orientation.

The ascent to power of Adolf Hitler and his quick instauration of a centralized “Ministry for Popular Enlightenment and Propaganda” were also likely inspirations for Mussolini and his aids to devote an entire ministry to matters of press and propaganda. Between 1934 and 1935, the Press Office of the Head of Government, lead by Ciano, became first an undersecretariat and then a full-fledged ministry. Bonsaver explains that prefectures maintained their banning power, but the Ministero per la Stampa e Propaganda (in 1937, renamed Ministero della Cultura Popolare) became the main authority in the field; that is, as long as Mussolini did not interfere. And, interfere he did: Mussolini’s own “passion for detail” led him to often mingle in the most minute cultural matters (p. 58). (Bonsaver jokingly argues that such an attitude would be considered, by contemporary managerial standards, “a serious lack of delegating ability” [p. 58].) The results were often confusing for all parties involved: as the example of Guido da Verona’s parody of I promessi sposi (1929) shows, censorship decisions could change very quickly because of the public’s or the Vatican’s reactions to a certain publication, and they were carried out in as unofficial a manner as possible. Bonsaver also gives remarkable examples of Mussolini’s “selective tolerance” toward certain writers and works (“Trilussa” [Carlo Alberto Salustri], Benedetto Croce, the collaborators of L’Enciclopedia italiana, Sem Benelli, or Luigi Einaudi’s youngest son, Roberto), while he continued to represent himself as “the supreme head of book censorship in Fascist Italy” (pp. 63, 126).

Another telling example of the possible confusions arising from the fact that two different state agencies (the Ministry for the Press and the prefectures, responding to the police) handled matters of censorship was the ban on a novel by Fascist author Dino Segre, alias Pitigrilli. Disconcertingly enough, in 1936, his Vergine a 18 carati appeared in the newly produced list of banned books (the first of these lists had been compiled by the ministry in August 1935), even as his work as an informer for the Fascist police was leading to the arrest of, among others, Einaudi editors Leone Ginzburg and Cesare Pavese, for their anti-Fascist leanings. Bonsaver writes that “it would be tempting to suspect that the ban on this novel was perhaps a form of cover for Pitigrilli’s spying activities. However, such a plan would have required a level of coordination” between state agencies “that would have been unprecedented and of which there is no archival trace” (p. 119). In analyzing another famous instance of literary censorship, Elio Vittorini’s Il garofano rosso (published in installments in Solaria in 1933-34), Bonsaver counters the postwar interpretation of such an episode as politically motivated by offering a “moral” rationale: the incriminated passages, in fact, concerned the protagonist’s involvement with a prostitute (and not, as Vittorini claimed after the war, more politically relevant passages). For Vittorini’s case, as in all the censorship cases in which “morality” was concerned (Pavese and Alberto Moravia’s troubles with censorship might be also exemplary of this, although, in Moravia’s case, his “ambiguous” racial status might have counted as well), Bonsaver does not investigate further the topic of moral censorship in its specifically Fascist declination. That is, he does not focus specifically on the fact that such censorship, although supposedly non-ideological, was clearly the by-product of a specific political system. He, nonetheless, does an excellent job in outlining the uncertain boundaries of “acceptance” drawn and redrawn by Fascist ideologues and officers in their daily dealings with literary censorship.

Closely following Fabre’s findings in L’elenco, Bonsaver also discusses the question of anti-Semitism, from its early manifestations to the effects of the Racial Laws. He disagrees with Fabre about the importance of Mussolini’s 1939 directives about Jewish authors and editors. In his view, these were not “the turning point in the development of Fascist anti-Semitic policies”; he proposes to consider the “turn of the screw” as more directly tied to Italy’s involvement in World War II (p. 186). It remains, nonetheless, clear that, until the end, a discrepancy between intentions and practical effects remained, although with increasingly less space for exceptions and ad hoc solutions. Segre and Verona were the first two authors to experience a “blanket ban” on racial grounds in 1939, although several of their books were still available in bookstores in 1941 (p. 184). Margherita Sarfatti’s books were banned the same year, yet her name as a periodical contributor still appeared in “friendly” lists well into the war years, arguably due to mere oversight.

A different discrimination practice that Bonsaver examines is along the lines of gender, that is, with respect to women. As Mura’s case attests, female writers were often at the center of censorship debates, but the various cases brought forward in the book (among them Gianna Manzini and Alba De Cespedes) seem to suggest, once again, a variety of approaches and reactions. Bonsaver brings evidence to the claim that both the regime’s daily newspaper, Mussolini’s Il popolo d’Italia, and Giuseppe Bottai’s journal Primato were actively banning women contributors, and skillfully details the editorial misadventures that such a writer as Paola Masino endured during the regime. He ultimately writes that “it is arguable that women remained the most easily attacked and marginalized group of authors” (p. 260).

Censorship and Literature in Fascist Italy is organized “dialectically,” so as to provide, for each of the three chronological phases, an overview of the institutional context, on the one hand, and of the general trends and specific examples of and/or exception to the rules, on the other. This has the effect of contributing both a general picture and a vivid microhistory of the Italian cultural climate. It is a structural choice that successfully addresses the potential contradictions between explicit ideological statements and concrete cultural enforcements, and that reifies the sometimes schizophrenic nature of Mussolini’s cultural directives (such as his comparison of press journalists to members of a well-tuned orchestra, absolutely “free” to play what the director chooses for them). It is also a book that cogently fills a void in the storia dell’editoria by contributing more than a few episodes from the vicissitudes and publishing practices of many famous and lesser-known Italian publishing houses–Gobetti, Corbaccio, Monanni, Vallecchi, Mondadori, Sonzogno, and Einaudi, among others. As such, it also draws attention to how much more could be done in terms of the history of publishing. As every good study should do, Censorship and Literature in Fascist Italy provides excellent answers to many questions, but it opens up just as many new and compelling ones.