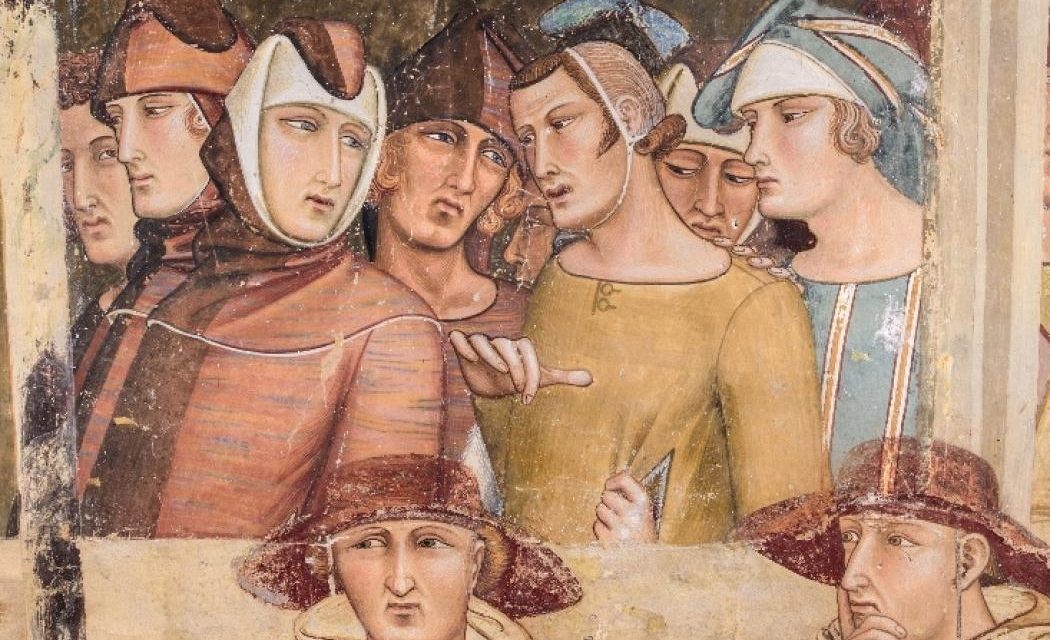 The history of Italy’s Jews has traditionally been understood within the framework of the Peninsula’s city- and state-system, with the ultimate “emancipation” of the Jews tied directly to the process of national unification and the liberal narrative that sustained it. What preceded “emancipation” was therefore framed as the ongoing dialectic between the progressive forces of modernity and the backward forces of religious and political repression. That approach now seems if not wrong at least outdated in light of shifts in both Jewish and Italian historiography over the past several decades. Our conference hopes to bring together scholars from a diversity of disciplinary and intellectual backgrounds to revisit the established narrative and explore the relation of Jews and the state in the early modern period.

The history of Jews in Renaissance Italy has seen both gradual development and radical change over the past several decades. Archival documents have been collected and published, critical editions of major works have appeared in Hebrew and Italian, and new syntheses have been offered by scholars from many different perspectives. The field was once focused on local history and informed by an underlying Burckhardtian and positivist approach. It is now characterized by an ever more sophisticated appreciation of Hebrew cultural dynamics, by a globalizing approach to Jewish identity, by sensitivity to the spatial and material historical “turns”, by greater appreciation for the dynamic of Jewish mercantile and financial activities, and by an increasingly nuanced understanding of Jewish interaction with non-Jewish culture and society. The Jews of Italy are also now regularly treated as part of a broader Mediterranean Jewish network that stretched across political, imperial, and religious boundaries.

Even the Italian ghetto, ostensibly the representation of Jews’ exile from society, has come under considerable discussion in ways that demonstrate the nuanced complexity of Jews’ relation to the surrounding society. Scholars in Italy and the rest of Europe, in Israel, and in North America have demonstrated from different angles that early modern Italian Jews did not live only on the margins; in complex and often contradictory ways, they were consciously and factually a vital component of the Italian mosaic.

At the same time, the traditional understanding of the “Italian Renaissance State” has also been challenged and revised. Decades of successful scholarship had traced the territorial, jurisdictional, administrative, and legal developments of the state system before, during, and despite Spanish dominance. The sovereign papacy, the imperial systems, and the interactions of solidified territorial states were all investigated. This historiographical focus was subsequently expanded by social historians who, often from a cliometric approach, began to use the rich Italian archives to explore urban patterns, first in major centres and increasingly then on the periphery.

Social and economic historians added comparative treatments of wider units of political organization, using the archives to explore themes of urban history and city-state relations. Cultural historians, influenced by the developing fields of social anthropology, shifted direction yet again, now paying less attention to administrative and political units and more to the webs of symbolic significance through which state identities were constructed. Possibly influenced by a growing sense that the Italian nationalizing project had failed or was at least in crisis, scholars began to challenge the old straight-line narrative of liberal progress through administrative centralization that had informed earlier studies. These patterns, specific to Italian history, have been further strengthened by repeated calls for interdisciplinary, trans-national, and global approaches to the past.

And yet, recent scholarly publications seem to give evidence that the state is still a useful framing tool with which to examine Italian history generally, and the Jewish experience in particular. Globalization, usually understood as the outward expansion of western European economic and military power, was also the integration of Italian states into a larger Mediterranean reality, with corresponding influence on the local dynamic of Jewish settlement, trade and culture. New calls for “entangled” historiography invite us to re-examine the relation of Jews and official institutions of power and control. Increased bureaucratization, visible at so many levels of both secular and Church governance, deserves investigation for its inevitable impact on Jews and other minorities. The developing jurisprudence that redefined both the power of the absolutist state and the legal status of resistance to it also defined the place of Jews in society. And even something as ostensibly ecclesiastical as the Inquisition(s) is now discussed widely in the context of negotiated state power and state formation. On these and many other levels, it seems therefore time to revisit the paradigm of the Italian state system and the Jews.

We call on interested scholars to submit proposals for discussion of the place available to, and occupied by, Jews in the early modern Italian state. We expect to have sessions dealing with the administrative and judicial treatment of Jews by the state, the political autonomy and organization of Jews within the state, and the relation between local Jewish and state identities. We hope to have a session that explores the interactions of Inquisitional and state organizations in issuing and enforcing directives of social discipline. We invite also scholars who can offer comparative treatments of the legal and group identities of other religious and ethnic minorities (Protestants, Greeks, Turks, Armenians, etc.) in Italy. We welcome proposals that will open up the specifics of the Jewish case to comparison with broader intellectual and judicial patterns of state practice and political thought. And finally, we invite proposals that explore the broader demographic, economic, and social developments in Italy as these affected policy towards Jews and other urban minorities.

For best consideration, paper proposals of 300–500 words accompanied by a brief cv should be submitted to L. J. Brandli (millercenter@umd.edu) by November 20, 2018. The organizers expect to respond by December 1, 2018.

This conference is intended as the second meeting of a research project on Jews in Italy during the long Renaissance. The project is sponsored by the University of Maryland in College Park, Johns Hopkins University in Baltimore, Bar-Ilan University in Ramat Gan, the Italian Research Program of National Interest-PRIN 2015 The Long History of Anti-Semitism (University of Milan ‘La Statale’, University of Pisa, University of Genova, Sapienza University of Rome), and the International Research Group in Early Modern Religious Dissents & Radicalism EMoDiR.

Although the application for funding is still in progress, the organisers expect to cover accommodation and meals for the duration of the conference.

From Trieste to New York

Book Review: From Trieste to New York. Annie Cohen-Solal’s Leo & His Circle Alessandro Cassin Chances are even those outside the contemporary art world are familiar with Leo Castelli’s…