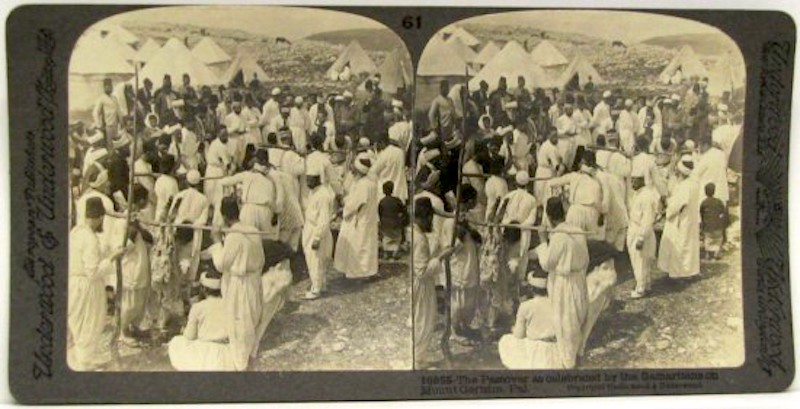 Francesco Cassata (Turin, 1975) is a professor of Contemporary History at the University of Genoa. He is editor-in-chief of the journal Annals of the Luigi Einaudi Foundation. An interdisciplinary Journal of Economics, History and Political Science. He is a member of the Editorial Board of the peer-reviewed journal Fascism: Journal of Comparative Fascist Studies and of the International Working Group on the History of Eugenics and Race (Oxford Brookes University, Oxford) and of the International Network on the History of Lysenkoism (Columbia University, New York). He edited, with Claudio Pogliano, the Annale della Storia d’Italia Einaudi 26, on Sciences and Culture of the United Italy (Einaudi, 2011). His main fields of research are: history of the relationship between science and politics in the twentieth century; history of racism and anti-Semitism in Italy; history of eugenics; history of statistics; history of biology and medicine in the contemporary age; history of the policies of scientific research in Italy and in Europe. Among his publications: Sci-Fi? Seventh Primo Levi Lesson (Einaudi, 2016); Eugenics without taboos. Uses and abuses of a concept (Einaudi, 2015); Building the New Man. Eugenics, Racial Science and Genetics at Twentieth Century Italy (Central European University Press, 2011); “The defense of the race”. Politics, ideology and image of fascist racism (Einaudi, 2008); Rational fascism. Corrado Gini between science and politics (Carocci, 2006); Many, healthy and strong. Eugenics in Italy (Bollati Boringhieri, 2006); To the right of fascism. Political profile of Julius Evola (Bollati Boringhieri, 2003).

Luc Berlivet teaches at EHESS and he is a member of the scientific committee of the Phoenix EM JDP Dynamics of Health and Welfare. combines the contributions of sociology, history and history of science to analyze the forms in which physicians and administrators have sought to define the differences that can be observed among human population from the perspective of public intervention. He has studies the changes in medical statistics during the second half of the 20th century and the raise of a rational model based on the idea of “health risk”.  His current work focuses on the notion of human heredity after the end of the 19th century and on the role of “nature” and “culture” in the explanation of differences and inequality among human groups. He is researching the so-called “Latin-eugenic” and the different ways in which it was defined.

The initial impulse for the organization of this workshop came from our need to discuss our ongoing research on Corrado Gini, ‘Latin eugenics’,  especially the field expeditions undertaken by the Italian Committee for the Scientific Study of Population (CISP) in the 1930s and early 1940s. Two of them, first and foremost: the expedition to Palestine, that aimed at studying the Samaritans; and the field trip to Lithuania and Poland in order to investigate the situation of the Karaites.

The architect in chief of this rather ambitious scientific enterprise was Corrado Gini, the most prominent Italian statistician of the time, and one of the most important statisticians at the world level, in the interwar period. A highly multi-positional actor, Gini presided over the Italian Society of Genetics and Eugenics from 1924 onwards; headed the Italian National Institute of Statistics (ISTAT) from 1926 to 1931, and was the president of CISP from its inception, in 1928, to his death, in 1965. This made him a key figure in fascist statistics, as much as in Latin eugenics and the emerging international field of population sciences.

His adhesion to nationalism, initially, and to fascism afterwards, was significantly grounded in an idiosyncratic scientific, allegedly neutral, theory, which he called ‘the cyclical theory of nations’. This sort of demographic grand theory on the rise, maturation, and fall of human civilizations rested on the hypothesis that although the social metabolism of human populations was gradually impeded by the biological decline of reproductive powers, it could still be regenerated thanks to the power or “racial hybridization”, a byproduct of migrations.

First elaborated between 1909 and 1912, this neo-organismic vision progressively expounded into a full fledged eugenic, demographic and sociological framework that legitimized not only fascist authoritarianism, but also colonial imperialism and State racism. In Gini’s view, therefore, Fascism was justified by the ‘cyclical theory,’ and could be explained in scientific, hence neutral and apolitical, terms. As Anna Treves vividly put it, in one of her pioneer books on Italian population politics: “He was a fascist, and a heartfelt fascist, inasmuch as he could see fascism as ‘Ginian’.”

Headed by Gini himself since his foundation in 1928 and benefitting from Mussolini’s patronage, at least until 1932-1933, CISP was conceived from the very beginning as a scientific institution with a political agenda, whose aim was to empirically verify the “cyclical theory of nations”, namely the role played by “isolation”, on one hand, and “racial hybridization”, on the other, in the formation, maturation, and degeneration of human races.

From this perspective, the historical and biological dynamics of “Jewish demography”, as they called it, represented an important case-study. In Gini’s scientific activity, this issue emerged in different moments and assumed different facets:

Firstly, under the institutional umbrellas of ISTAT and CISP, Gini collaborated with Jewish scholars on the very topic of “Jewish demography”. The organization of a specific session on “Jewish Demography” at the International Congress for Population Research, held in Rome in 1931, is particularly telling. Supported by the Italian fascist government and by the International Federation of Eugenic Organizations (IFEO), this Congress was a fundamental step in the international configuration of eugenic studies. The session dedicated to “Jewish Demography” was dominated by the figure of Roberto Bachi, and saw the participation of the most outstanding researchers in the field, such as Jacob Lestschinsky and Liebman Hersch.

Secondly, CISP undertook two scientific expeditions in direct link with the issues regarding this “Jewish demography”. The first expedition, in May-June 1933, aimed at investigating the situation of the Samaritans, in Palestine. The endogamous isolation allegedly maintained by this community since Biblical times, the dramatic demographic shrinking that resulted, and the recent decisions taken by some community leaders to condone (at least in some cases) marriages between Samaritans and Palestinian Jews made it a perfect case study on the dangers of interbreeding. The second population studied by CISP, who also maintained a strict demographic isolation for religious and cultural reasons were the “Karaite Jews”, from Poland and Lithuania. Different groups of this community whose origin had long been debated, but who were usually regarded as a kind of Jewish sect, were studied between August and October 1934.

Thirdly, CISP funded and/or publicized research programs elaborated by Jewish scholars along the lines of Gini’s demographic and eugenic theories: in particular, Henry Haskel Sonnabend’s study on the demographic “expansion” of Slavs; Reuben Katznelson’s research on Jewish immigration to Palestine in modern times; Yitzhak Ben-Zvi’s research on the history and demography of Samaritans.

Finally, a specific theoretical continuity exists between Roberto Bachi’s scientific training and academic career in Italy in the 1920s and 1930s, favoured by his relationship with Gini, and the eugenic and pronatalist approach he adopted to population problems in the Yishuv and the State of Israel.

Drawing on these suggestions, we have decided to organize this small-scale workshop in order to put Gini’s scientific activities in a comparative perspective, and explore little known connections and networks, by focusing in particular on the recurrence of the concept of population ‘isolates’, a concept which not only was at the center of CISP expeditions, but has also been crucial in the study of ‘human variation’ and ‘human diversity’ from mid-nineteenth century to the present.

Under His Very Windows

Susan Zuccotti, Under His Very Windows, Yale University Press, 2000 Winner of the 2000 National Jewish Book Award in the Jewish-Christian Relations category, awarded by the…