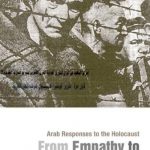 Meir Litvak
Meir Litvak is senior lecturer in the Department of Middle Eastern and African History at Tel Aviv University and the author of, among other works, Shi’i Scholars in 19th Century Iraq: The Shi’i ‘Ulama of Najaf and Karbala. Esther Webman is a research fellow at the Moshe Dayan Center for Middle Eastern and African Studies and the Steven Roth Institute for the study of Contemporary Antisemitism and Racism, Tel Aviv University.
Based on years of research conducted mostly in Arabic sources, Meir Litvak and Ester Webman track the evolution of post-World War II perceptions of the Holocaust and their parallel emergence in the wake of the Arab-Israeli conflict of 1948. Following the establishment of the State of Israel, Arab attitudes toward the Holocaust became entangled with broader anti-Zionist and anti-Semitic sentiments. Litvak and Webman track this discourse through the work of leading intellectuals and turn to representations of the Holocaust in the media and culture of Egypt, Lebanon, Jordan, and among the Palestinian people. Their chronological history, which spans sixty years, provides a remarkable perspective on the origins, development, and tenaciousness of anti-Holocaust belief.

“Meir Litvak and Ester Webman’s work constitutes a huge step forward in scholarship on Arab attitudes vis-Ã -vis the Holocaust. It provides a detailed survey and systematic analysis of the key themes on the issue. In a detached, scholarly manner, Litvak and Webman thoroughly mine Arab public commentary on the Holocaust in books, journals, magazines, and newspapers, presenting a clear, compelling, yet nuanced portrait of the various strands of Arab views on the issue and their growth over decades, especially in reaction to critical milestones in the Arab-Israeli conflict. Indeed, the authors’ principal finding is that ‘Arab attitudes keep pace with the evolution of that conflict,’ underscoring an organic connection between history and politics that continues to dominate the Middle East today.” — Robert Satloff, executive director of The Washington Institute, and author of Among the Righteous: Lost Stories of the Holocaust’s Long Reach into Arab Lands