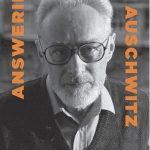 Stanislao Pugliese
Stanislao G. Pugliese is Professor of Modern European History and the Queensboro Unico Distinguished Professor of Italian and Italian American Studies at Hofstra University. His most recent book is Bitter Spring: A Life of Ignazio Silone, winner of the Fraenkel Prize in Contemporary History and a finalist for the National Book Critics Circle Award in biography.

More than twenty years ago, the Italian chemist, writer and Holocaust survivor Primo Levi fell to his death from the stairwell of his apartment building in Turin. Within hours, a debate exploded as to whether his death was an accident or a suicide and, if the latter, how this might force us to reinterpret his legacy as a writer and survivor. Many weighed in with thoughtful and sometimes provocative commentary, but the debate over his death has sometimes overshadowed the larger significance of his place as a thinker after Auschwitz.

This volume contains essays that deal directly with Levi and his work; others tangentially use Levi’s writings or ideas to explore larger issues in Holocaust studies, philosophy, theology, and the problem of representation. They are included here in the spirit that Levi described himself: proud of being impure and a centaur, cognizant that asymmetry is the fundamental structure of organic life.

I became a Jew in Auschwitz, Levi once wrote, comparing the concentration camp to a university of life.Yet he could also paradoxically admit, in an interview late in life. There is Auschwitz, and so there cannot be God. Rather than seek to untangle these contradictions, Levi embraced them. This volume seeks to embrace them as well.

Our Life Was Divided

“Our Life Was Divided in Many Facets”1: Anna Foa Yona, an Anti-Fascist Jewish Refugee in Wartime United States Introduction Migration studies have dismissed the somewhat uncritical and romantic celebration of…