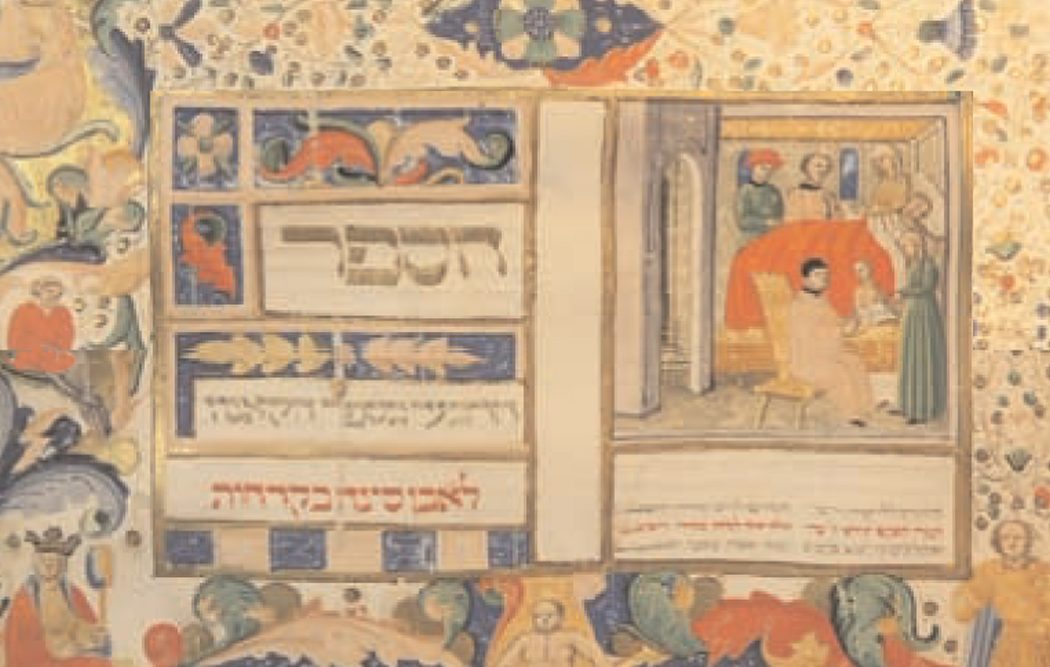 David B. Ruderman (Jewish History, Vol 6 Nos. 1-2, 1992)
Dr. David B. Ruderman is Joseph Meyerhoff Professor of Modern Jewish History at the University of Pennsylvania. He is also the Ella Darivoff Director of the university’s Center for Advanced Judaic Studies. He was educated at the City College of New York, the Teacher’s Institute of the Jewish Theological Seminary of America, and Columbia University. He earned his rabbinical degree from the Hebrew Union College-Jewish Institute of Religion in New York and his Ph.D. in Jewish History from The Hebrew University of Jerusalem. Prior to taking his position at Pennsylvania, he held teaching positions at Yale University and the University of Maryland. At Maryland, he won the Distinguished Scholar-Teacher Award. Professor Ruderman is the author of numerous books, articles, and reviews. His works include Jewish Thought and Scientific Discovery in Early Modern Europe and Jewish Enlightenment in an English Key: Anglo-Jewry’s Construction of Modern Jewish Thought, for which he received the Koret Book Award. His book, The World of a Renaissance Jew: The Life and Thought of Abraham B. Mordecai Farissol, was honored with the JWB National Book Award in Jewish History. Professor Ruderman is president of the American Academy for Jewish Research and is the recipient of a lifetime achievement award for his work in Jewish history from the National Foundation for Jewish Culture.

The Jewish community of Ferrara in the first half of the eighteen century, like the rest of Italian Jewry, was dominated by rabbis who were also trained as physicians. No Jew better exemplified this fusion of halakhic and scientific expertise than Isacco Lampronti (1679-1756), Ferrara’s most illustrious Jewish citizen, a “medico teologo tra i dotty celebratissimo,” as a later generation of his fellow citizens once called him. Educated in both rabbinics and medicine, Lampronti had studied with distinguished rabbi-physician Isaac Cantarini, and then, like many of his Jewish contemporaries, completed his medical studies at the University of Padua. After Padua he resumed his rabbinic studies in Mantua, engaging two other illustrious rabbis, Judah Briel and Joseph cases. Cases was also a doctor and a graduate of the University of Siena.

Lampronti’s career in Ferrara illustrates quite dramatically the successful implementation of the dual traceks of his vocational training. Beginning as a teacher and in the talmud torah of the Italian community in Ferrara, where there were also Sephardic and Aschkenazic communities, he taught his young pupils Hebrew grammar, Italian and arithmetic along with traditional Jewish subjects. His students also enhanced their language skills by translating Lampronti’s weekly Italian homilies into Hebrew. (…) Lampronti published the first journal devoted to issues of Jewish law, the Reshit bikkurei qesir Talmud Torah de-q.q. Ferrarah. Read

The Italian Association for Jewish Studies, the University of Bologna and the Museum of Italian Jewry in Ferrara present the international conference: Isacco Lampronti (1679-1756), Ferrarese Physician and Talmudist. Download the brochure at www.aisg.it

Born in Ferrara, Italy, he studied Torah under the great Italian rabbis of his generation: Manoach Provençal and Isaac Chayim Cantarini. In addition, he studied philosophy and medicine at the University of Padua.

At age 22, he began teaching in the Talmud Torah of the Italian community. He introduced many improvements in the curriculum, insisting on the teaching of the humanities concurrently with the study of Torah. In 1718 he was ordained rabbi and in 1743 was appointed head of the Rabbinical Academy – a position which gave him the status of senior rabbi of the city. Rabbi Lampronti practiced as a physician. He was an outstanding doctor who gave his services for free to those of limited means. He had a great reputation as physician, and his contemporaries  added to his name the epithet “the famous physician.”

He is known worldwide as the author of the first Jewish Encyclopedia, the Pachad Yitzchaq. The Pachad Ytzchaq  is arranged alphabetically, each article including material from the Mishnah, the Talmud, the posekim, the rishonim, and the responsa literature. Its first volume was published in Venice in 1750. Other 9 volumes were published after Lampronti’s death by the literary society Meqiṣe Nirdammim.

History and Art as Means of Universal Dialogue

Among the always impressive roster of exhibitions on display in Rome, La Menorà: Culto, Storia e Mito (The Menorah: worship, history, and myth), stands out for its far-reaching symbolic, cultural…