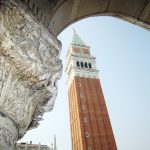 Opens in Venice the International Center for Jewish Studies

The shock of the Shoah has caused too many Jewish lives and cultures to be discovered after they had been cancelled out of existence by the most atrocious crime of the past century. Too often have we come, filled with melancholia, to mourn over one or more vanished Jewish worlds. And perhaps too much of Jewish identity depends on what is no more, while ignoring what is still there.

The world of Jewish Venice is currently at a crossroad. This community is in a paradoxical condition as it approaches the 500 anniversary of the foundation of the place to which its existence is inextricably linked. The Ghetto of Venice, brought to life by a decree of the Republic of Venice in 1516, has never been so popular and visited by hundreds of thousands of tourists. Its Jewish community, numbering less than 500, is following the trajectory of many other Italian communities who survived the war but are now on the verge of disappearance.

The Jewish Venetian Heritage Project is aimed at preserving and fostering Jewish Venetian life as an essential part of the Venetian heritage at large. Conceived and promoted by the Venice Center for International Jewish Studies, with the intent of collaborating with other institutions, this project aims at simultaneously performing and archiving some of the most important manifestations of Jewish life and culture, with events that once guarantee their preservation and continuity.

The project, conceived as an ongoing residency program, is articulated through four main themes:

Childhoods. The most profound and inestimable element of Jewish heritage is the lives themselves of individuals. In this project a series of meetings will be organized where one or two members of the Jewish community will talk about their experience of growing up Jewish. Initially the project will concentrate on older people who grew up in Venice, but will later expand to include people who were born and raised in different Jewish locales and later moved to Venice, true to the multicultural tradition of the Ghetto (that originated with the merging of different Jewish groups). These meetings will be held in the context of the ADEI-WIZO annual program, guaranteeing that the speakers, some of whom may not be used to speaking in public, can express themselves in a friendly environment, surrounded by people they know and trust. The selection of guests will make sure that the varied social, cultural and religious composition of the community is well represented. One or more interviewers may help getting the guests started with their questions, possibly younger people who did not experience the same period that is narrated. All the events will be professionally filmed. When a good selection of taped talks will become available, a professional filmmaker will consider whether a documentary can be edited. Whatever the artistic outcome, invaluable filmed documentation of the Jewish Venetian experience will remain on record in the community archive.

Music. The second step of the project takes, at least initially, a more academic orientation. Its theme is the rich musical and liturgical tradition(s) present in Venice since the origins of the Jewish community. International cantors and musicologists, that is experts in the field, will be invited to participate in a 4-week seminar in Venice taught by Rabbis, scholars, artists who specialize in the subject. After a brief introduction to the history of Jewish music, with particular reference to its Italian articulations, participants will delve into local history and will explore different materials. They will also participate in the services of the Community, living and experiencing Jewish music as it is performed now. Some professional musicians will follow the group and will work creatively to elaborate on the musical patrimony. At the end of the course, which may well originate similar courses to be a taught by the participants in their respective institutions, a recording of the Jewish Venetian repertoire will be made, ensuring its preservation and dissemination. A commercial CD with selected pieces and/or a creative elaboration by the musician in residence is also possible. Members of the community will be actively involved to share their musical skills and experiences, becoming at once more aware of the history of such an important component of their heritage. One or more public performances can also be organized.

Food. Following the same pattern of research-performance-recording-elaboration this chapter will move from the public sphere of Jewish music to the private and intimate one of Jewish cooking. Food scholars, writers, and chefs will be invited to participate in a 4-week seminar in Venice where the tradition of Jewish Venetian food will be analyzed from a historical and scholarly point of view, as well as from a more practical perspective. Activities will range from classroom lectures that will illustrate how food has become a respected and riveting academic subject to visit to private kitchens, where the different family traditions will be explored and sampled. Some of the events may be videotaped for future reference, and a cookbook may be the result of the seminar. Social events will be organized for the participants as well as for the general public to celebrate the joys of Jewish Venetian cuisine.

Books. The fourth phase will take the dual shape of an exhibit of Jewish books and an international academic conference on Translation and the Art of the Jewish Book, to be held in Venice in 2011. This theme will celebrate and commemorate the fact that Venice was a fundamental center of production of Jewish books in several languages since the invention of the press.

It has been calculated that out of the nearly 4000 Hebrew books printed in Europe up to 1650, 1284, or nearly a third, were printed in Venice, including the first Talmud.

The art of Being Jewish in Venice. These four moments will interface with a fifth one echoing the concept of a very successful book called The Art of Being Jewish in Modern Times (ed. by Barbara Kirshenblatt-Gimblett and Jonathan Karp, University of Pennsylvania Press, 2007).

Analyzing the engagement of modern Jewry with the arts, the book illuminates how the arts have helped Jews confront the various challenges of modernity, including cultural adaptation and self-preservation, economic diversification, and ritual transformation, and concludes that there is an art of being Jewish in the modern world. In this context, the Venice Center would welcome artists, writers, musicians, performers for residences of various lengths asking them to interact creatively through their artistic medium with the history and heritage of Jewish Venice.

Following in the steps of an illustrious line of artists who have been nourished by Venice and contributed to make of her one of the most recognizable world icons, these artists-in-residence would help to disseminate the Jewish Venetian heritage in the many languages of art.