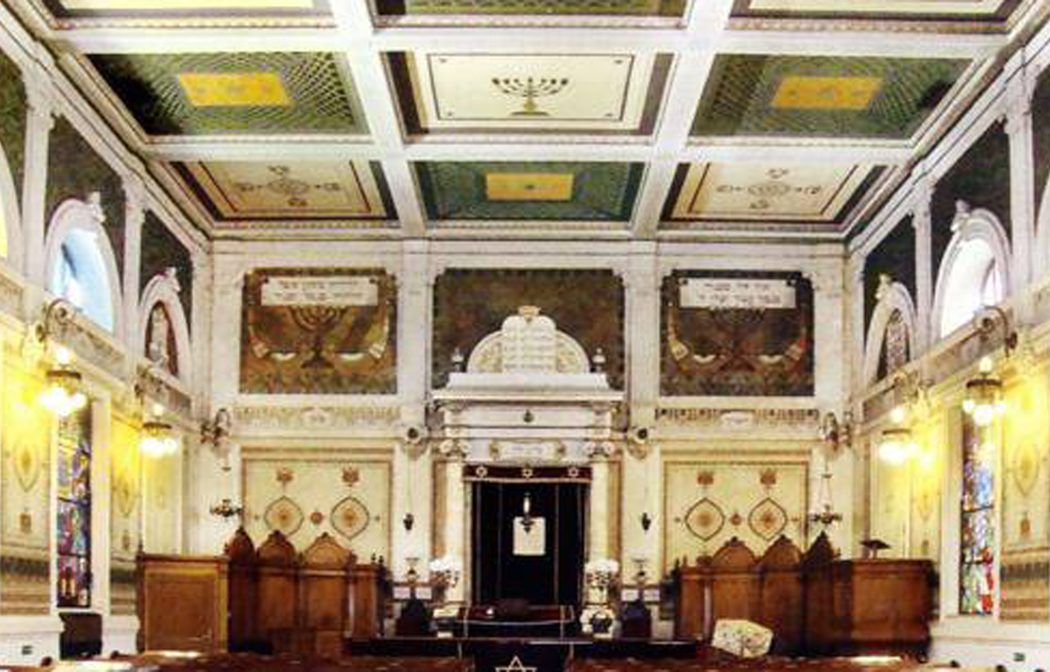 Her name was Grazia Pontecorvo, and she was the widow of Salvatore Di Castro. She died in 1909 and left all her wealth to the Rome Jewish Community in order to build a new synagogue in the Esquilino neighborhood, where many Jewish families had settled after the abolition of the ghetto.

In 1904 the “Tempio Maggiore” had been the first post-emancipation synagogue in Rome. Large and spectacular, placed across the river from the St. Peter cathedral, reminiscent of the Jew’s oriental provenance as well as of their liberation and equality, it was a symbol of the new era and a political affair. It’s planning followed the destruction of the Cinque Scole, a 6 story building that had housed five plus one mynianim during almost five centuries of segregation by the Papal State.

The Cinque Scole, united under the one roof, as the Vatican had decreed, the outstanding diversity of Roman Jewry and many congregations that, prior to the establishment of the ghetto, had their own independent places.

The Oratorio Di Castro in Via Balbo was the second synagogue of post-unification Rome and inaugurated in 1914 as a place of prayer and study with three minyanim (Sephardic, Italian and Aschkenasic) and a school. Its creation stemmed perhaps from the need to reconstruct, in the new Italy, something that reflected longstanding communal costumes and distinct forms of daily life.

Unlike the Tempio Maggiore and although designed by the same architects, Osvaldo Armanni e Vincenzo Costa, the Oratorio is modest and anti-monumental on the outside and beautiful and dignified in the interiors whose embracing aura has become an essential reference for generations of Roman Jews.

“Best Is Water” is a dystopian short story from the collection “Flaw of Form” published in 1971. Ironically, referring in the title to Pindar’s Olympian Odes, Levi describes the devastating…