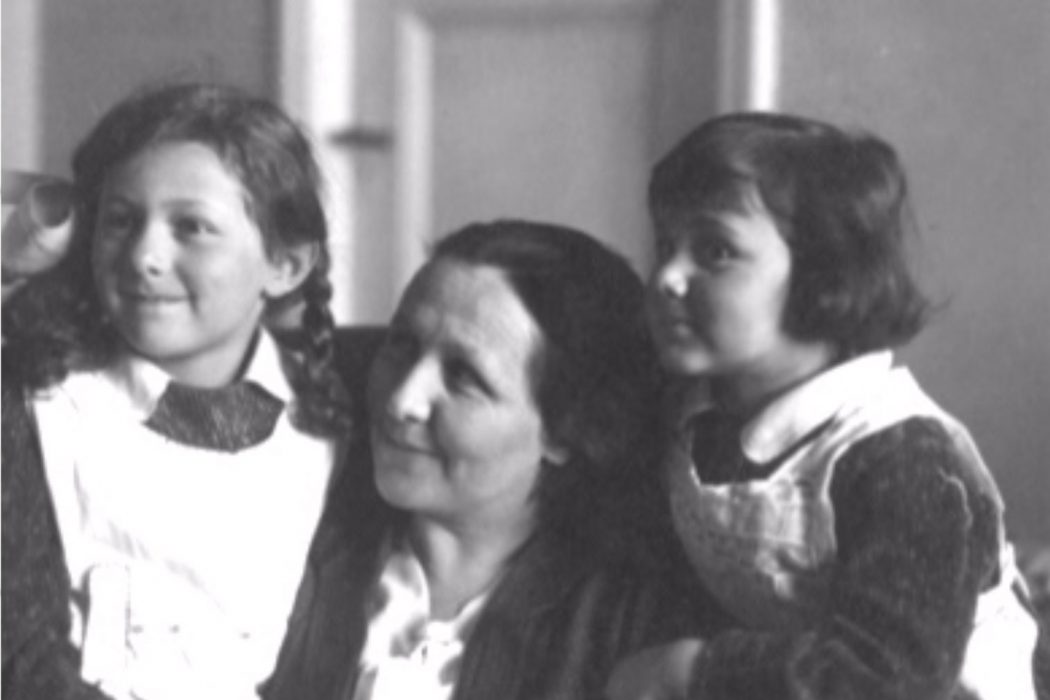 Alessandro Cassin
Alessandro Cassin is the director of Centro Primo Levi’s online magazine, Printed Matter and CPL Editions which published over 13 books since its debut in 2014. Coming from a tradition of publishing —his father published the first edition of If This Is A Man in English—Cassin began working in experimental theater and was awarded the Premio Ruggero Rimini 1989 for Il Presidente Schreber. He has been a cultural reporter for publications including L’Espresso and Diario. He is a contributor of The Brooklyn Rail. His book Whispers: Ulay on Ulay co-authored with Maria Rus Bojan received the 2015 AICA Netherlands Award. He coordinated the publication of Laurence Butch Morris’ The Art of Conduction edited by Daniela Veronesi (Karma, 2017). In 2021 he wrote the short film The Scandal of Imagination, directed and produced by Awens Film and dedicated to the poet, polymath and artist, Aldo Braibanti.

Rewarding memoirs, like portraits, introduce us to a central character interacting with his or her world at a specific time in history. We are drawn to a memoir when all those elements come alive and acquire relevance for the reader. Marina Jarre’s Distant Fathers, (New Vessel Press 2021, in Ann Goldstein’s outstanding translation) does exactly that, and more.

The term memoir (used by the author to described this work) is to be understood here as a literary genre, that is to say, this is an autobiographical novel.

To the best of my knowledge, this is Jarre’s first book to be translated, albeit posthumously, in English, thus some background may be helpful. Marina Jarre was born in Latvia in 1925 from an Italian mother who belonged to the Waldensian Church (a proto-Protestant tradition that began as an ascetic movement within Western Christianity before the Reformation) and a Jewish Latvian father. Born as Marina Gersoni, she spent her childhood in Riga until 1935, when, after her parent’s separation, she moved to Torre Pellice, a small Piedmontese town where his maternal grandmother lived. German, spoken by her parents, was her mother tongue, yet once she arrived in Italy, she had to learn French ( the language of the Waldensian minority) and Italian. Her father was murdered in 1941 by the Nazis during the liquidation of Riga’s ghetto.

At eighteen, she left the Waldensian mountain enclaves for Turin to attend the University. In 1948, she graduated with a thesis in ancient Christian literature. For over twenty-five years, she devoted herself to teaching French in public schools. In 1949 she married Giovanni Jarre, an engineer, with whom she had four children. Between 1962 and 2011, she published widely —primarily novels— with major Italian publishers such as Einaudi and Bollati Boringhieri as well as with the smaller Samona’ e Savelli, Edizioni EL, and Claudiana. Despite her striking prose, some glowing reviews, and literary prizes, her work is mostly out of print and has so far not found its place within “the canon” of Italian literature. 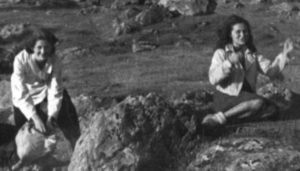 Marina Jarre with her sister at Torre Felice in 1945.

Distant Fathers (I padri lontani), originally published in Italy by Einaudi in 1987, was reprinted by Bompiani in 2021 with an introductory essay by Marta Barone, at long last, an insightful re-examination of Jarre’s work. A novelist in her own right, Barone, enters a fascinating “dialogue” with Jarre’s work in her semi-autobiographical novel Citta’ Sommersa (2020).

The English edition of Jarre’s memoir includes Barone’s essay and follows the new Italian edition within months, thanks to the foresight of publisher Michael Z. Wise of New Vessel Press in New York.

The memoir follows with non-linear chronology, the events in Jarre’s life outlined above. Yet, within a few pages, the reader is confronted with the uncompromising inner urgency from which it stems and with a dream-like quality by which events, thoughts, and sensations are not merely recalled but “relived.” There is a constant back and forth between the author as an older woman analyzing and reconsidering her younger selves and extraordinary psychological insights into her becoming both mother and father to herself in the experience of motherhood. The inextinguishable need for her parents (from whom she was separated as a young girl) finds solace, not without complication, as she becomes a mother of four children. 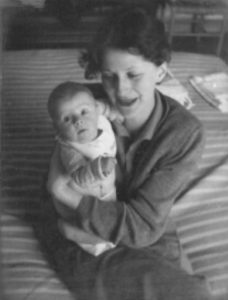 Marina Jarre with her child. Turin 1951

Jarre’s incandescent, at times, jarring prose maintains a mesmerizing adherence to the complexity of the emotions described. She can be blunt and subtle within the same sentence. In uncovering deeply personal and often troubling feelings at every stage of her life, she bares herself naked resisting any temptation to solicit sympathy from the reader. The honesty of her voice confers powerful integrity to her story.

The dramatic events of her life —the murder of her father and of the Jews of Riga’s, her forced relocation in the small Waldensian valley of her mother’s parents, the war — are neither her subject nor a backdrop but rather the fabric out of which her inner experience is woven.

Her Italian Protestant mother — an important translator of Russian fiction— was teaching in Riga through an Italian Fascist Ministry of Education appointment. Multilingual and multicultural Riga in the 20s and 30s was for the young Jarre a departure point for a lifelong feeling of being “in-between,” often conflicting realities, split loyalties, and a multilayered identity.

In Distant Fathers, the author masterfully renders the simultaneous, interlaced experience of someone displaced in times, places, and cultures, adopting and adapting to an ever-changing environment. And this is only one of the many reasons this book speaks with such relevance to our own times.

The heightened attention to life, an extraordinary discerning eye, and a genuine determination to make sense of experience are some of Jarre’s most striking tools.

A few excerpts of her prose, beautifully translated by Ann Goldstein, will show her range —at times lyrical and at times brutal—

In describing her childhood, she writes: “I was sitting with my elbows drawn in along my side, in that very small space I was left perfectly in peace.”

About her murdered father: “His death remained within my life like a hidden seed, and gradually, as I live and age, it grew in my memory, not unlike a longtime love.”

In various points of the book, contemplative moments, descriptions, and reflections need one onto the other. “These dreams of mine are, in fact, exempt from the repetitiousness of destiny, a kind of invitation to forget the colorless monotony of events, to erase their outlines, to remove them from time, seizing only the imperceptible change, stationary like the vibration of a dragonfly’s wings on the iridescent reflection of the water.” And further: “The parallel existence of practicality and imagination that was congenial to me complicated my relations with others; I would have liked to be accepted in my wholeness, and I continued to be surprised each time—and so I isolated myself—that to be accepted I had to reduce, confine, castrate myself.

About her experience with cinema:” I had started going to the movies on Sunday afternoons, and my passion for spectacle was fueled decisively. The cinema not only left its sediments but seemed to stir the depths of my imagination and bring to light buried correlations and images. It set in motion my imaginative world, opened pathways, unexpected approaches, oblique references I hadn’t thought of before.

Marina Jarre published at regular intervals novels, short stories, and fiction for children throughout her life, honing a highly personal, surprisingly incisive literary style. Undoubtedly aware of her rare talent, she nonetheless did not make writing her career. In re-reading her work today, one is struck by its inner necessity, urgency, and unadorned beauty.

At a time when the media, publishers, and readers are caught in the spasmodic search for new authors and the “next” trend, Marina Jarre is an extraordinary rediscovery.

Image: Marina Jarre with her mother and sister in Riga. 1930s

Kenneth Stow, Jewish Dogs,  Stanford University Press, 2006 Jewish Dogs is not a study of “anti-Semitism” or “anti-Judaism.” Instead, this book argues that to anchor claims of supersession, Catholics have…