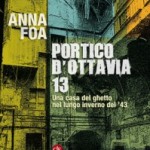 About the author
Andrea Grover is an adjunct professor of Humanities at NYU’s School of Continuing and Professional Studies, where she has taught courses on Italian Cultural History and Italian Jewish History since 1984. She received the NYU Excellence in Teaching Award in 1995. Professor Grover is also a translator (Italian to English). Among her translations are The Jews of Europe After the Black Death by Anna Foa (U. of California Press, 2000), and Cristina Galasso’s “Religious Space, Gender and Power in the Sephardi Diaspora: The return to Judaism of New Christian Men and Women in Livorno and Pisa”, in Sephardi Family Life in the early Modern Diaspora ed. Julia Lieberman (Brandeis University Press, 2011) Among her papers is “L’osservatore romano and the Holocaust 1933-45,” which she presented at a conference at Yeshiva University (1995) and, in an enlarged version, at the U. S. Holocaust Museum (1996). It can be found in Why Didn’t the Press Shout: International Journalism during the Holocaust, ed. Robert Shapiro ( KTAV, 2003).

Elena Agarossi, A Nation Collapses, Cambridge University Press, 2000 “This work is bound to be controversial and will be attacked by those forces within the Church…