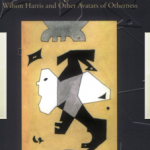 Marco Fazzini
Marco Fazzini teaches English literature at the University of Ca’ Foscari (Venice). He has translated selections from the poetry of Douglas Livingstone, Philip Larkin, Norman MacCaig, Hugh MacDiarmid and Charles Tomlinson, and is co-editor and translator of Scottish (1992) and South African (1994) poetry. His most recent publications include Crossings: Essays on Contemporary Scottish Poetry and Hybridity (2000) and a book on Geoffrey Hill (2002).
This volume – of essays, poetry, and prose fiction – records various attempts to read the fracture zones created by the discursive strategy of a democratic imagination, where space and ideas are opened to new linguistic and literary insights. Pride of place is taken by essays on the Caribbean writer Wilson Harris which explore the implications of his awareness of a polyphony of coexistent voices that dislodges the hegemony of Cartesian dualism. This group of studies is rounded off with an interview with, and searching testimony by, Harris himself.

The further contributions take up the implications of the encounter with ‘alterity’ (strangers, natives, barbarians) in order to underline not only wonder in the face of an unknown presence, or the ‘shame’ through which the subject discovers itself, but also the resentment involved in the creation of demonized Others.

As the poet Charles Tomlinson states, “what we take to be otherness, alterity, can be readmitted into our literary consciousness and seen as part of the whole, causing us to readjust our awareness of the possibilities of English.” These essays confirm that resistance is an interface of ambivalence between discursive worlds, encouraging us to read the “living network” of a text contrapuntally.

Specific topics include Billy Bragg and New Labour, Schopenhauer in Britain, Objectivist poetry, gender and sexual identity (in Nancy Cunard; in Scottish fiction), multi-vocal discourse in South Africa, specific forms of alterity (in Jamaica Kincaid; in the poetry of Edwin Morgan; in allosemitism) and the deculturalizing perils of globalization.

Il Generale della Rovere an the Dilemmas of Post-War Italy In his recent book The Holocaust in Italian Culture, 1944-2010, Robert Gordon refers to the late 1950s and early 1960s…