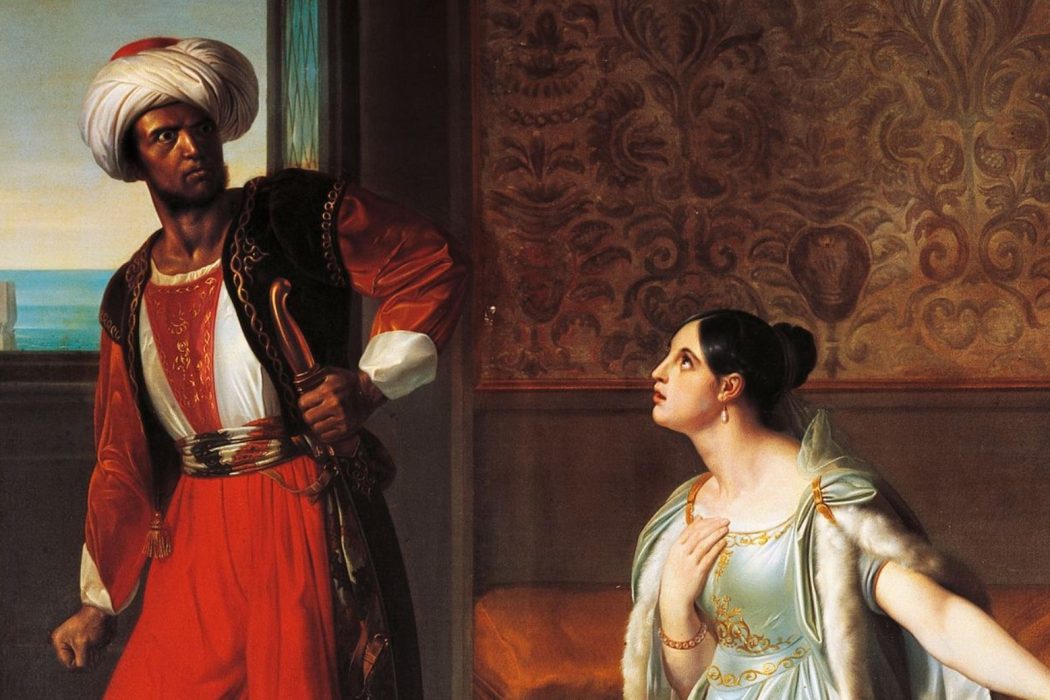 A conversation with Marina Caffiero.

Your best known research focuses on the history of forced baptisms of Jews during the Inquisition era and on the institution of the House of Cathecumens (literally those who are awaiting baptism) which was created in 1543 to force, facilitate, curb and oversee conversions. Your 2011 Forced Baptisms: Histories of Jews, Christians, and Converts in Papal Rome and 2012 Ebrei e cristiani tra eresia, stregoneria e libri proibiti, discuss in depth the topic of conversion. In 2017 you have started a research group at the University of Rome to study other groups of converts. Can you tell us something about it?

MC: In the course of my research I have often wondered about the feasibility and methodological use of a comparative history between the Jewish and Muslim presence in the city. For a long time, historiography has embraced the idea of ​​a Christian West in which the presence of Muslims in the modern age was barely a sporadic event – limited to military and pirate raids – and to the belief that Muslims themselves had little familiarity and knowledge of Europe. Particularly, the Muslim presence in Rome was seen as exceptional and transitory, starting only with the colonization of the nineteenth century and fully visible after the end of the colonial empires.

In recent decades, research has progressively clarified that this is an ‘optical illusion’ – and that in reality there have always been Muslims in Christian Europe. Several categories have been identified, including women. Primarily they were convicts and slaves, captured at war and destined to hard labor and the galleys. In smaller percentage we find political exiles, diplomats, merchants and travelers, but also adventurers and sailors. Individuals from all groups sought to convert for a variety of reasons.

Who are the different groups who wind up at` the House of Catechumens?

MC: Jews, Muslim, Pagans… those whom in general the Church regarded as infidels. Of course, not all infidels were alike. Their common trait was to be “non-baptized” but the documents speak about “Jews and infidels” thus separating categories of infidelity for either theological or social reasons. For instance, the Jews were not “foreigners” in a strict sense. They formed long-established local communities tied by formalized agreement to the Papal and secular authorities. On the other hand, the individual Muslims we know of in Europe, are by high percentage slaves, thus in a position of absolute inferiority. In general the Church regarded the Muslims as a lesser danger, primarily as a far away military enemy. On the contrary, the Jews were represented as an ubiquitous enemy within the Christian society. However, the two groups were often bound together in conspiracy theories against Christianity, the strategies of conversion have common elements and —most importantly—Jewish and Muslim converts to some degree, had to share their experiences inside the House of Catecumeni.

Is the documentation of conversion, forced or voluntary, the only source available for the study of Muslims in modern Rome?

MC: Ironically one of the most conspicuous traces of the Muslim presence in Rome concerns the moment in which they stopped being perceived as Muslim. Clearly this creates a problem of overrepresentation of converts and lack of evidence on Muslims who may have remained such. While the Jews were represented by communal institutions, this was not the case for the Muslims who, at most, could rely on the influence of their countries of origin, most frequently the Ottoman Empire. And yet, there is a lot we can learn studying the House of Catechumens as a “contact space” of different minorities under one ruling power. Muslims where present also in other spaces, particularly the galley at Civitavecchia and the fortress of Castel Sant’Angelo in Rome.

How many Houses of Catecumeni were active and for how long?

MC: There were Houses in many cities from Rome North, in Florence, Venice, Bologna, Ferrara, Torino, Modena, Mantova, Livorno, Pesaro, Ancona. But also at Halle, Lisbon and Cracow. The first opened in 1542 and, as well known from the famous case of Edgardo Mortara, in 1858, on the cusp of the Risorgimento, was still in full activity.

Was the House of Catechumens in Rome different?

MC: In many cases, the Houses of different cities have been studied in depth and were all somewhat different from one another. Only in Rome and Venice we find Muslim neophytes. Jews are in general the main subjects of the institution in other cities. Rome was the European center of conversion to Catholicism and through the institutions of conversion we can find out information about minorities that might otherwise be invisible, about mobility, migrations and also about the models of assimilation that clearly required a theoretical effort, both theological and political, in a direction that was different from, for example, the Spanish model of expulsion.

The Houses were a product of the Papal counter-reformation, not dissimilarly from the ghettos whose walls were erected only a few years after the founding of the House. In Rome, “infidels” were admitted or forcefully interned for periods that varied greatly. There were converts, as well as individuals seeking or refusing conversion. We have a great deal of information about these people, their entourages, and their itineraries of integration. The data comes from the registries of the House that date between 1614 and 1870. Between 1614 and 1797, of 3044 converts, 1958 are Jewish and 1086 Muslim. Numbers are smaller for other groups.

Was slavery institutionalized in the Papal State?

MC: Roman slavery has not been studied as much as slavery in the rest of Europe. Its legitimacy was ratified in 1548 by a decision of the “Conservatori” (a body of the Papal judiciary until 1870), which referred to a previous papal decree which allowed private individuals and families “to own male and female slaves for the public good and the service to individuals”. Technically Christians were not allowed to own Christian slaves. Most of the slave labor force in Rome was from North Africa, the Levant, and other Mediterranean and Asian regions. Many slaves had been made prisoners during wars or had been sold in the Mediterranean. Among the documented Muslims in Rome, we find that nearly a 90% were slaves. In some cases conversion could lead to freedom, although the exact system that regulated this process is still to be studied and understood. It was certainly not an option for most of the slaves held to work in the papal galleys at Civitavecchia, In fact they represent a very small percentage of the Muslim converts and continued to be confined to forced labor until the early 19th century.

Who were the Muslims converted at the House of Catechumens in Rome?

MC: The Catechumens’ registries inform us about the names, religion, provenance, skin color, in some cases, the stories of the converts, but also, when they were slaves, about their owners, including cardinals and bishops, ambassadors and the local aristocracy. The majority of converts were “private slaves” whereas “public slaves” (a slave owned by the state authorities) who converted remained a small number throughout. Some of the stories that emerge from the records of the House of Catechumens also give us bits of information on Muslims, men and women, who arrived in Rome as free individuals or who claimed to have done so. For instance we have an Inquisition trial dating 1714 against a man called Memet. He was accused of seeking conversion to obtain material advantages and of pressuring to apostasy a recent covert who also resided at the House, Rosa di Costantinopoli, baptized as Maria Rosa De Luca and married to a functionary of the papal bureaucracy. Memet may have been a slave but lived as a free person for sometime and Rosa was definitely not a slave. They met while interned at the House of Catecumeni where they tried to find an institutional way toward integration. They are represented quite differently in the Inquisition records. Memet is ultimately shown as a shady conman who is forced to return to his native country, while Rosa is treated with respect. In spite of this, a certain degree of solidarity between them emerges from the way their depositions were transcribed. Another story concerns a Turkish man, Abduchacù who may also have been a slave but presented himself with the adventurous biography of a free man. Two witnesses were called upon as guarantors of his conversion, a formerly Jewish woman and a formerly Lutheran man, who also had tormented stories of escape, travels, dissimulations, and changes of faith, not so dissimilar from that of Abduchacù.

We also have conversions of the Muslim elite, like Hasan al-Wazzan baptized in 1520 in St. Peter’s Square as Leone Medici l’Africano or the case of the prince of Marocco, Mulay Acmet, who, in 1733, was baptized by Pope Clemente XII and became the respected Lorenzo Bartolomeo Luigi Troiano.

The stories of Memet and Abduchacù recall stereotypes of swindlers common in Western Christian narratives as a form of entertainment and a way to stigmatize certain classes of people.

MC: We have to take these records as manifestations of a specific mindset. The insistence of the Papal authorities on the sincerity or insincerity of conversion is itself part of a myth-building ritual that translates various forms of otherness into what in Catholic Rome was integration. Sincerity is a way to evaluate the “identity” of people engaged in strategies of survival. This cannot be but illusory. These accounts of travels and conversions, true or fantastic as they may be, can in some ways be approached as a literary genera. Similarly, the presence of prominent figures such as the Prince of Marocco, is used by the ecclesiastic authorities for propaganda purposes and amplified with sumptuous ceremonies, artistic representations, written chronicles. However, all of this also contributed to familiarize the population with other worlds.

It seems as if conversion did not always guarantee slaves their freedom.

MC: Not at all. In some cases and, as I said, the most subjugated classes like galleys slaves do not seem to really have had this option.

So, if it was not mainly the slaves captured at war who would benefit from this, why did these people came to Rome and seek conversion?

MC: I think many aspects of this have begun to be scrutinized by historians, but it is still an open question and we might find situations that resonate with today’s migrations. What made Rome so attractive? Was it the mythology of power and hospitality that had enshrined the city for centuries? Was the lack of options elsewhere? The pervasiveness of slavery paired with the promises of Christianity (whether true or imaginary)?

An introduction to recent scholarship on this topic.

Multimedia artist Cynthia Madansky produced this short film in tribute to Primo Levi as an introduction to the program at the National Book Festival. She used little known archival images…