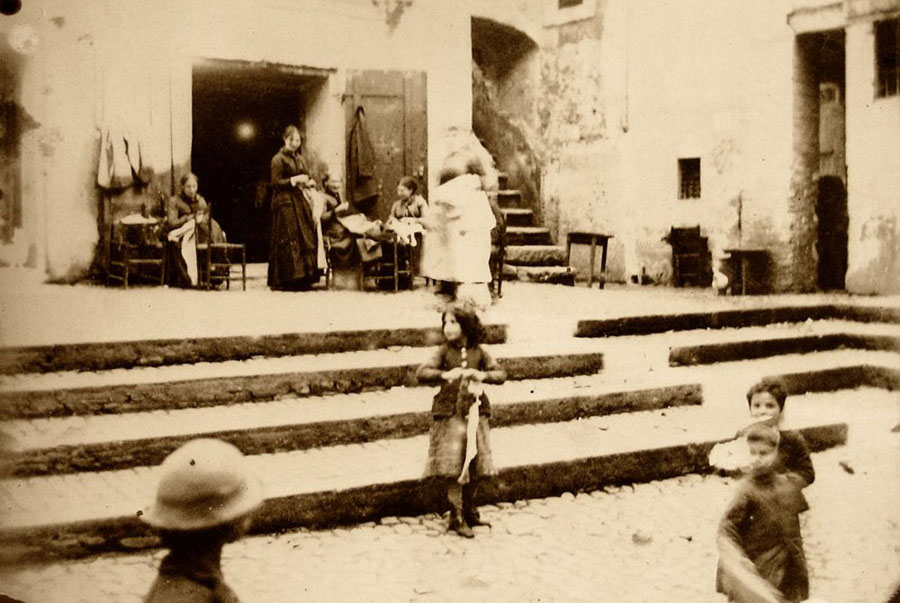 Serena di Nepi, Sopravvivere al ghetto. Per una storia sociale della comunità ebraica nella Roma del Cinquecento, Viella, Roma, 2013
James Nelson Novoa
James W. Nelson Novoa received his PH.D in Spanish Philology from the University of Valencia in Spain.  From January 2006 to February 2014 he was postdoctoral fellow of the Fundação para Ciência e Tecnologia of Portugal and linked to the Cátedra de Estudos Sefarditas Alberto Benveniste of the University of Lisbon. The author of numerous articles in peer reviewed journals and book chapters he has participated in several conferences in international venues.  His research deals with several topics among them the literary and cultural heritage of Sephardic Jewry in the Early Modern period both inside and outside the Iberian peninsula and Italo-Iberian cultural interactions in the sixteenth and seventeent centuries.

Serena Di Nepi
Serena Di Nepi (PhD) is a researcher of Modern History at the University of Rome La Sapienza. She specializes in social history and the history of mindset and intellectual attitudes, with specific emphasis on religious minorities in Rome in late medieval and modern age. She has published numerous essays on the history of the Jewish community of Rome in the modern age.

Serena di Nepi’s new book presents a vast, all encompassing portrait of Jewish life in Rome in the tumultuous sixteenth century, when the centuries-old Jewish community, often evoked as Europe’s oldest, was submitted to the same confinement as other communities in the papal states in 1555 with the creation of the ghetto.

Her book is as ambitious as it is informative. She literally purports to analyze the manifold transformations which the Jews of Rome underwent in what she rightly identifies as a century of fundamental importance for their self definition through the Early Modern period, when they received the imposition of a modus vivendi which would go on to the end of papal rule and the abolition of the ghetto after 1870.

Indebted to the recent scholarship of Anna Foa, Anna Esposito, Kenneth Stow and Bernard Dov Cooperman di Nepi nevertheless breaks new ground.  Hers is an approach rooted in Social History, as interested in the internal life of the Jewish community itself as its interactions with Christian society and the wider world.  In order to do this she consults a staggering variety of archival sources: notary documents, both Jewish and Christian, documents from the Roman Inquisition, sources from the Apostolic Chamber and from the tribunal of the Governor of Rome.  All contribute to a thorough and overarching vision of Jewish life in the Eternal City during the century in question.

Divided into seven chapters, the book takes into account the entire sixteenth century and its manifold aspects.  Chronologically, it rightly begins with the arrival of the expelled Jews from Spain in 1492 who were received with diffidence by the Jewish community of Rome and ends with the activities of Jewish bankers in the last decade of the sixteenth century.  The century saw a constant series of measures which profoundly transformed Jewish life in the Eternal City.

The arrival of a sizable quantity of foreign Jews brought about the first set of transformations in the internal life of the community which were followed by the self regulation of the community imposed by the statutes of 1524, the creation of the Casa dei Catecumeni in 1543 under Paul III, the public burning of the Talmud ordered by Julius III and, naturally the most important of all, the creation of the ghetto following Paul IV’s bull Cum nimis absurdum of 1555 and their expulsion from the towns in all the Papal States except Rome and Ancona under Pius V, a measure which was the subject of several reversals and confirmations throughout the century by that pope’s successors. All these episodes are described by the author in terms of the lasting impact they were to have on the community of Rome.

Di Nepi’s overall thesis throughout, defended with the presentation a variety of situations and examples, is that in spite of the increasing implosion of the Jewish world of Rome, imposed by papal policy, which imposed exclusion and enclosure, the Jews of Rome were able to hold steadfast to an identity, preserve a specificity and defend themselves against persisting attempts to convert them through active proselytism and social exclusion calculated to erode their adherence to their Jewish faith. The end result was the preservation, over the subsequent three centuries, on the part of the Jews of Rome, of Jewish ritual and belief, thanks to a more resolute sense of Jewish identity and internal religious coherence.

Though the Jews of Rome were quite literally set apart from Roman society and enclosed there were, nonetheless, examples of contact and coexistence.  As Di Nepi clearly shows their marginality did not preclude share endeavors and business ventures as is abundantly evinced, in particular, in the activities of Jewish bankers, who were actively were involved with Christian partners in a variety of activities, including the purchase and sale of real estate. The use of volgare for the drawing out of deeds and agreements on the part of the Jewish notary Pompeo del Borgo, is presented by Di Nepi as a telling example of the degree of interaction with Roman society on the part of its Jewish community, a community which, although, officially excluded from the society around it, nevertheless managed to be part of it and found ways to be guaranteed protection and defense.

Readable, well documented and original, Di  Nepi’s book is a must read by all scholars interested in Early Modern Italy Jewish History but in Early Modern Rome as well.  Evincing a strong command of existing bibliography and original use of a host of archival sources, her book provides an original take on a difficult subject, namely, the way in which the Jews of Early Rome grappled with the question of their alterity vis à vis Christian society and how they were able to resist assimilation.  The book is a solid and welcome contribution which helps further clarify a period which was definitive for the life of the Jews of Rome.

Writing for Justice: Rethinking the Saga of Edgardo Mortara

“A masterful examination of what must be one of the most intriguing figures of mid-nineteenth-century American literature, Writing for Justice reflects a refreshing transnational turn in literary study.”—David I….