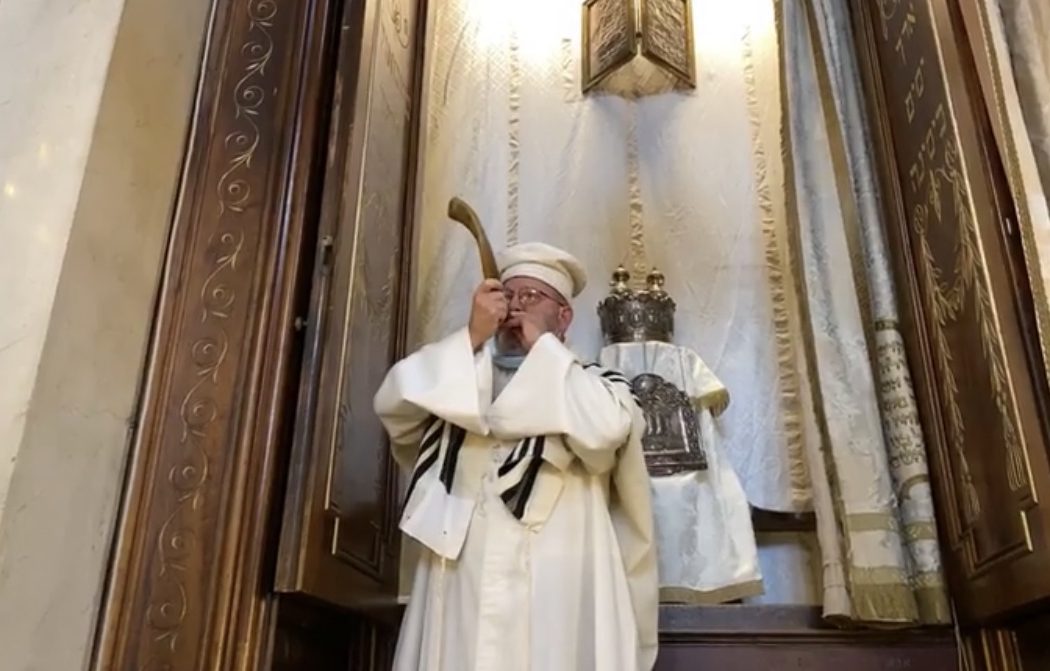 Centro Primo Levi New York partners with Centro Leo Levi in Florence to invite all to listen and sing at www.jewishitalianmusic.org

The Online Thesaurus of Italian Jewish Music is a new resource offering access to the rich heritage of Jewish music in Italy, created by Centro Leo Levi (Florence) in collaboration and with the support of the Regione Toscana, Centro Primo Levi New York and the Viterbi family, San Diego.

It was developed with the help of the Jewish Music Research Center of the University of Jerusalem and in partnership with the National Library of Israel, CDEC, and Fondazione Beni Culturali Ebraici Italiani (Italy).

The Thesaurus is a map-based database, that allows users to explore the diverse liturgical repertoires of the Italian Jewish communities. Material is constantly added: recordings, printed music, manuscripts. After the first year of development, it now contains about 800 entries featuring musical material from Jewish communities including Venice, Florence, Ferrara, Siena, Casale Monferrato, and many more. The list is expanding rapidly and will eventually include all of the repertoires performed in the twentieth century on the Italian peninsula.

As a first example of the richness of the Thesaurus and an invitation to browse its content, we will compare a famous composition by Mario Castelnuovo Tedesco, Le Danze del Re Davide, with the traditional melodies of the synagogue of Florence.

Born in Florence in 1895, Mario Castelnuovo Tedesco was already a renowned composer when he was forced to emigrate to the United States after the promulgation of the racist legislation of 1938. Le Danze Del Re David – rapsodia ebraica su temi tradizionali was published and performed for the first time in 1926. It is dedicated to the author’s grandfather, Bruto Senigaglia, an amateur musician and a lover of belcanto: his notebooks of musical excerpts from the Florence liturgy, notated in three-part harmony, were discovered by his grandson in the early 1920s.

A performance of the Danze, from the festival “Dallapiccola Days,” Biblioteca Nazionale Centrale Firenze, May 6th 2019.

The author describes the composition as being based on “traditional themes.” What follows is a series of examples of melodies of the Florence repertoire to which Castelnuovo Tedesco was exposed since childhood, and which may have been the themes he refers to in the title. All excerpts are taken from the Thesaurus.

It should be note that these recordings were executed decades after Castelnuovo’s time in Florence: most of them come from Leo Levi’s recording campaign, which took place in the 1950s and 1960s. It is quite reasonable to assume that the melodies we hear in these samples bear strong similarities to what could be heard in the synagogue of Florence during the 1920s. Leo Levi’s stated mission was in fact to preserve the memory of melodies handed down from one generation to the next, and the cantors he recorded had direct experience of the pre-war chazanut in Florence. The similarity we can perceive between their performances and Castelnuovo’s music further corroborates this connection.

We begin with the second movement, Ieratico which quotes a popular melody used in various Italian communities for El Nora Alilah, a piyut that introduces the last section of Yom Kippur.

Born in 1896, Genazzani studied in the Florence rabbinical school at the same time as he began his medical studies. He often sang in the Florence synagogue. He made aliyah in 1939. After the war, he recorded extensive sections of the Florentine ritual, which he also introduced in his synagogue in Ramat Gan, where he settled and served as chazan.

El Nora Alila is sung in most Italian synagogues before neilah, the service that concludes the day-long fast of Yom Kippur. In both the Sephardic and Italian rites this is still one of the most popular melodies today and probably was also at the time of Castelnuovo Tedesco’s youth.

The third movement, Rapido e Selvaggio, quotes small and rapid excerpts from the traditional Passover song Echad mi Yodea (One who knows), as is sung in Florence, probably echoing the fast pace this song usually has during a Seder night, when its thirteen recursive strophes grow very long.

Echad mi Yodea, is  presented here as recorded in 1954 by Fernando Procaccia, who was chazan in Florence before the war.

The fourth movement, Lento ed Estatico, is recognizable as a variation on the melody for Birkat Kohanim as it is sung in Florence during the High holidays and festival days. In the Italian Jewish tradition, this is a very moving part of the service, as all members of the family – women and men – gather at the back of the synagogue to receive the priestly blessing, huddling together under a single prayer shawl: see for example the description given by Giorgio Bassani at the beginning of The Garden of the Finzi Contini.

Another entry from the Thesaurus offers the Birkat Kohanim as sung by rabbi Fernando Belgrado. Born in 1913, he became chazan in Florence in the early 1930s and then beloved chief rabbi for many years after the war.

The fifth movement, Rude e Ben Ritmato, quotes the popular Florentine melody for a central section of the Hallel, the Psalm collection sung on Festival days by the chazan and the congregation. You can hear it here in a more modern recording made by Renzo Ventura, son-in-law to rav Belgrado, collector of all his recordings, and expert on the Florence musical repertoire.

We leave the list here for the moment: this is, an invitation to all to browse the Thesaurus and listen to the recordings there contained. So we leave the first, sixth, and seventh movements of the danze without their Florence synagogue counterparts: we invite you to listen to the repertoire of the Florentine Jews and make the connection with one or the other of the remaining danze.