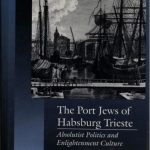 Lois Dubin
Lois Dubin is Professor and Chair of the Department of Religion. Born and raised in Montreal, Canada, earned her B.A. (1974) from McGill University with Honors in Philosophy and Political Theory. She received M.A. and Ph.D. degrees from Harvard University (1980 and 1988), specializing in post-Biblical Jewish History and Thought in the Department of Near Eastern Languages and Civilizations. Prior to joining the Smith Religion Department in 1989, she taught modern Jewish history and thought at Yale University and Hebrew College, Boston.

‘Dubin’s brilliant study of the cosmopolitan entrepôt of goods and peoples that was Trieste breaks new ground in our understanding of Jewish life in Old Regime Europe. It demonstrates with exacting detail the extensive privileges such ‘port Jews’ enjoyed and the effect enlightened absolutist and emancipation politics exercised upon them, while skillfully portraying the Jews’ political and cultural responses. It is a classic study in modern Jewish history.’ David Sorkin, University of Wisconsin, Madison

This work offers an important new perspective on the process of Jewish integration in modern Europe. Heretofore, discussions of Jewish culture and politics in the eighteenth century have emphasized enlightenment in Berlin and emancipation in Paris. In this study, the author addresses the Habsburg Monarchy, which contained the largest Jewish population in Europe outside Russia, by focusing on the free port of Trieste, at the crossroads of Central Europe, Italy, and the Levant. In this dynamic port city, mercantilist state-building, enlightenment absolutism, multicultural diversity, and Italian Jewish traditions produced a path toward integration that is generally ignored in modern Jewish history: that of acculturated merchants in commercial centers. The book provides an in-depth study of enlightened absolutism in action of the way rulers, officials, and subjects negotiated and implemented policies. It shows both Maria Theresa and Joseph II as pragmatic state-builders who developed new policies of toleration for Jews and other religious minorities. The book also emphasizes the commitment by Trieste Jews to the new norms of acculturation, enlightenment, and civil inclusion in contrast to the wariness expressed by other European Jews to enlightened absolutist programs of societal transformation.

From Empathy to Denial

Meir Litvak, Esther Webman, From Empathy to Denial: Arab Responses to the Holocaust, Columbia University Press, 2009 Based on years of research conducted mostly in Arabic…