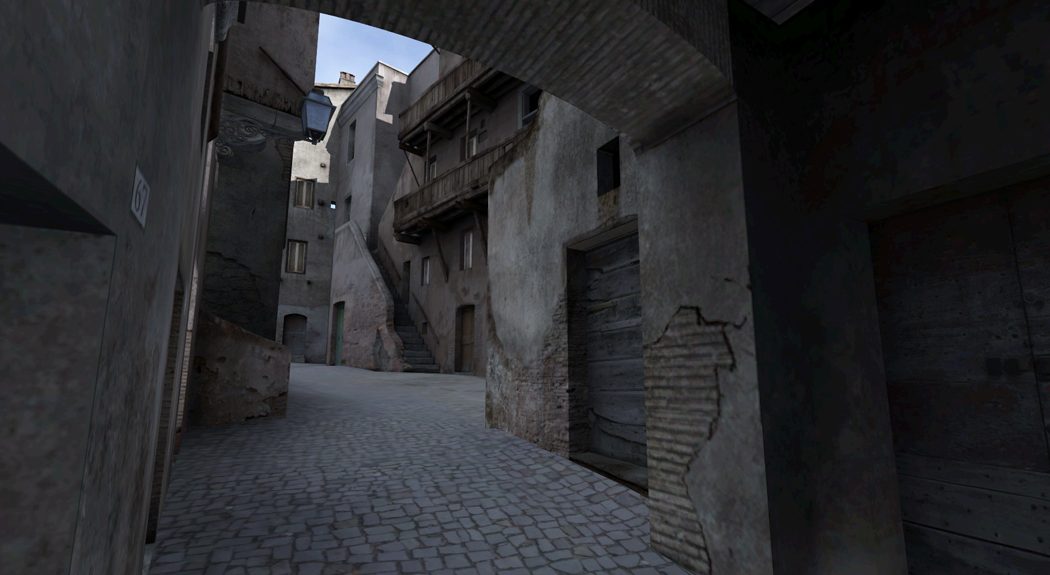 A New Attraction at the Jewish Museum of Rome: A Virtual Tour of the Ghetto in the Middle Ages.

Pope Paul created the ghetto in 1555 to keep the Jews separate from Christians; it was to exist for over 300 years.

What was it like to live in a Middle Ages ghetto for Jews? We can’t experience it for ourselves, which is probably just as well, but the Jewish Museum of Rome has given us a hint with the first 3D reconstruction of the Ancient Ghetto of Rome.

“A Virtual Tour through the Jewish Old Ghetto,” launched on December 4, 2014 is the newest permanent attraction at the Jewish Museum, which is located in the monumental building of the Great Synagogue of Rome.

The Main Ghetto of Rome was created in 1555 by Pope Paul IV, to keep the Jews separate from Christians and “isolate” their influences. It would remain standing for over three hundred years until being closed in 1870 and finally demolished in 1883 by the Roman City Council, to make the city look more modern. At that point, which coincided with broad enfranchisement of Jews in Europe, the roughly 5,000 Jews in Rome gradually began to move to other areas in in the city.

The virtual display allows visitors to “walk” down the streets of the ancient Jewish ghetto as they were centuries years ago, shown on desktop screens. The software was created for the Jewish Museum by the KatatexiLux architectural group (financed by the Rothschild Foundation Hanadiv Europe), based on engravings, old photographs of the time, and ancient cadastral documents (land and population surveys) in Rome’s archives.

The ghetto in true colors

Since the photos and the documents were black and white, to find the true colors of Rome at the time, the KatatexiLux group tapped paintings of Rome, done between 1878 to 1896 by the artist Ettore Roesler Franz, called “Disappeared Rome.”

The 3D experience shows how onerous living in the Ghetto of Rome had been.

Given the overpopulation of Jews, who were obliged to live in the area, the ghetto streets were narrow and some of the buildings were as much as eight floors high. Any windows that had faced the outside part of the city were blocked up. The ghetto had five gates that were closed every sunset.

The 3D journey also reveals the different Jewish social classes that lived in the ghetto. The richest Jews lived on Rua Street, far away from the Tiber River, while the poorest Jews lived on Fiumara Street, right next to the river – which had a tendency to overflow, flooding the houses. This worsened the already poor hygienic conditions of the ghetto.

The virtual tour also shows visitors where the ghetto fish markets and the bakeries were.

The Cinque Scole synagogue in the ghetto, also shown in the virtual tour, provides a vignette into the convoluted relations between the Church at the time and the Jewish community of Rome. At the time, Jews were only allowed to have one synagogue in the city – and that was the Cinque Scole. But in practice, the building was divided into five smaller synagogues, each with its own unique traditions, a state of affairs that the Church allowed to persist over centuries.

The 3D interactive desk is user-friendly. It was conceptualized especially for children, who constitute about a third of all visitors to the Jewish Museum of Rome. And a coming attraction: the Jewish Museum is planning a mobile-phone app of the 3D reconstruction.

Rome’s Jewish Museum also displays precious documents relating to the Roman Jewish community, which goes back well over 2,000 years. The museum also has a collection of silver objects, textiles and marble pieces from the Ghetto itself.

The ceremonial inauguration of “A Virtual Tour through the Jewish Old Ghetto” was attended by Rome’s Chief Rabbi Riccardo Di Segni, with Riccardo Pacifici, president of Rome’s Jewish community; Roman Council Member Gianni Ascarelli and the head of the Jewish Museum of Rome, Alessandra Di Castro. “For the first time Jews will be able to walk in the ghetto as free citizens,” said Pacifici at the ceremony.