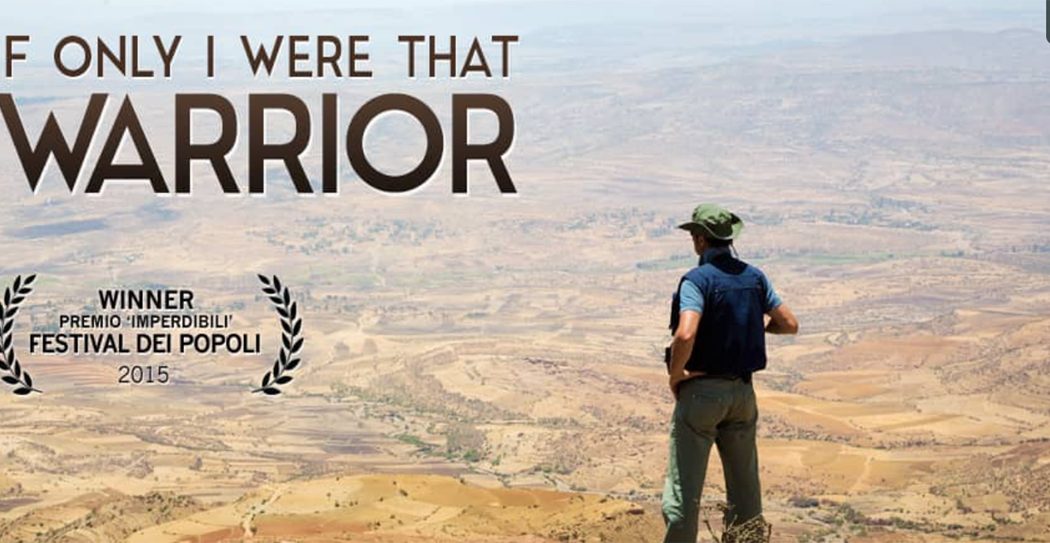 The most startling moment in “If Only I Were That Warrior”—and there are many startling moments—might be when Giuseppe, an Italian agronomist and military history enthusiast, offers a short catalogue of “Italian” habits adopted by Ethiopians in the years since the Fascist occupation of Ethiopia. From Italians, the Ethiopians took their “love of food and coffee” and the “social bustle in the evenings,” Giuseppe tells us.

It’s strange that a history buff and specialist on tropical agriculture should be so obviously unaware of the terrible irony of this statement: Coffee originated in Ethiopia. Giuseppe’s slip, though it is the most surreal, is hardly the most horrifying example of contemporary deafness to history that surfaces in “If Only I Were That Warrior.”

Valerio Ciriaci’s film moves between the Italy and Ethiopia of today and those of 1935–1941, focusing on a controversy in the small Italian town of Affile, which raised a monument  to the notorious Fascist commander Rodolfo Graziani in 2013. Graziani had a long military career under Mussolini: he fought campaigns in Libya, Ethiopia and Italy and served as the colonial governor in Libya, Somalia and Ethiopia.

After Italy defeated the central government of Emperor Haile Selassie, Graziani embarked on colonial rule, suppressing frequent rebellions. In response to an attempt on his life, Graziani organized wholesale executions to weaken the resistance, culminating in the murder of three hundred monks and laypeople of the monastery Debre Libanos.

“If Only I Were That Warrior” is an effective reckoning with this history, in part because it gives Graziani’s defenders enough rope to hang themselves. There is no voiceover. On-screen text is limited to the recitation of necessary historical context. The rest of the time, we listen to the voices of historians, activists, witnesses and—most discomfiting—Fascist and colonial apologists.

I saw the movie at Casa Italiana on Thursday. The question that stuck with me was raised by Ruth Ben-Ghiat, a professor of history at NYU. She pointed out that the “Warrior” of the film’s title could refer to many of its characters: Mulu or Kidane, the emigre Ethiopian activists pressing for removal of the Graziani moument; Nicola, the justice-seeking grandson of a Fascist colonist; or Giuseppe, who seems to wish he’d been there.

The film’s sympathies are obvious and commendable: it sides with the victims of colonialism and against the romanticizing of Fascism. But this bit of ambiguity in the title does something more valuable than merely condemning the Italian “adventure”—after all, what other argument could be made?—It makes us very aware that the problem is perennial and ongoing, hardly confined to 1935.

Again, something Ruth Ben-Ghiat said summarizes the challenges nicely: There’s a Giuseppe in each of our families. How do we address that person?