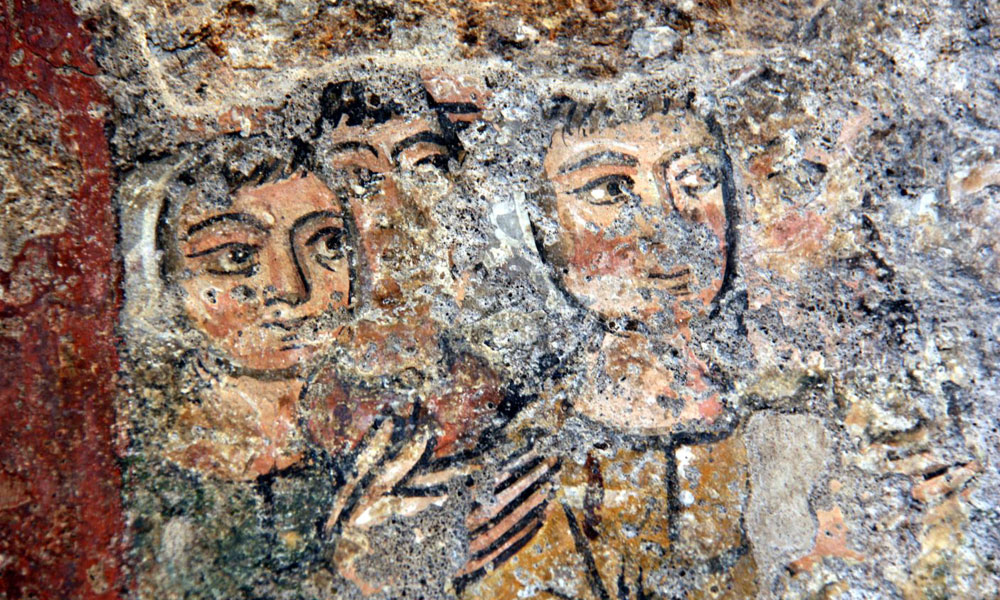 The Tullianum dungeon, older than Rome itself, was where Romans locked up their worst enemies: from the Great Jewish Revolt leader to (supposedly) St. Peter and St. Paul.

One of the world’s oldest and most terrifying prisons, reserved for ancient Rome’s fiercest enemies, has reopened to the public after years of excavation that have revealed new clues about the very birth of the Eternal City itself.

The Carcer Tullianum (Tullianum Prison in Latin) is notoriously known as the squalid underground dungeon where the Romans would lock up enemy leaders, including Simon Bar Giora, one of the architects of the Great Revolt of 66-70 C.E. Other honored inhabitants, according to medieval Christian tradition, were the apostles Peter and Paul.

But the three-year excavation has shown that the structure, located between the bottom of the Capitoline hill and the entrance of the Forum, was much more than just a prison, and may in fact predate the founding of Rome itself.

Archaeologists were surprised when they turned up walls made of tufa stone blocks and other finds dated to the late ninth or early eighth century B.C.E.

Ancient Roman historians believed their city was founded around 753 B.C.E. on the nearby Palatine hill, and modern archaeologists have found some evidence supporting this.

But by the time Romulus supposedly founded Rome and killed his twin brother Remus, structures like the Tullianum were already standing. In fact, the building was apparently part of a wall that surrounded the Capitoline, defending a village on top of that hill.

The discovery of such important structures predating the city’s legendary birthdate supports the theory that Rome did not rise from a single foundational act, but from the union of several communities that may have inhabited its famous seven hills from the late Bronze Age, says Patrizia Fortini, the archaeologist who led the dig.

Researchers also discovered that the round building, with walls up to three meters thick, did not start out as a prison, but as a cultic center built around a small, artificially-dug spring that gushes into the lowest cell of the dungeon to this day.

This may also have given the place its name, as tullius means “water spring” in Latin. Other scholars link it to the name of two of Rome’s legendary kings, Tullus Hostilius or Servius Tullius.

It was next to the spring that Fortini and her colleagues discovered a grouping of votive offerings: ceramic vessels, remains of sacrificial animals and plants, dating back as far as the sixth century B.C.E.

Alongside fairly mundane offerings such as grapes and olives, they also found the seeds and rind of a lemon. This is the first appearance of the fruit in Europe and is somewhat of a head-scratcher for archaeobotanists, who had thought the citrus reached the continent from the Far East at a much later date, Fortini said.

While it is unclear which deity was being worshipped in the Tullianum, the cult was probably not just about offering up animals and exotic fruits. The site also yielded the grisly burial of three individuals: a man, a woman and a female child, all dated to the earliest stage of the monument. The man was found with his hands bound behind his back and signs of blunt force trauma to the skull.

Were the burials connected? Was it a human sacrifice? Or an execution? We don’t know, Fortini admits.

The gates of Hell

The archaeologist says that all these activities were probably connected to the spring, which the ancient population may have been seen as a conduit between the world of the living and the underground world of the dead.

This religious connection to the underworld may have inspired the later use of the site as a prison, she told Haaretz during a tour of the site, which reopened late last month.

“The prisoners held here were all leaders of enemy populations or traitors, all people who were believed to have endangered the survival of Rome,” Fortini said. “The idea was that they had to disappear, they had no right to be a part of human society, so they were symbolically removed from the world and confined to the underworld.”

The use of the Tullianum as a prison became common sometime during the Roman Republic, around the fourth century B.C.E. The once large, airy sanctuary was divided into two vaulted, claustrophobic levels, the lowest of which encased the spring and was accessible only through a tight opening, still visible today, used to lower prisoners into what must have seemed like a dark and foul-smelling antechamber to Hell.

“It was not a prison in the way we think of it today,” Fortini said, noting that long-term incarceration was rare in the Roman world. Monetary fines, enslavement, and various cruel and inventive forms of execution were a more common fate for criminals or captured enemies.

The Tullianum usually served as a holding cell for high-value captives waiting to be paraded in the triumphal procession led by the general who had vanquished them. They would then be returned to jail, to be starved to death or quietly executed, usually by strangulation, Fortini said.

Besides Simon Bar Giora, other enemies of Rome who spent their last days in the Tullianum include the Gaulish chieftain Vercingetorix, who united the Gauls in revolt against Julius Caesar. He languished in the dungeon for six years awaiting Julius Caesar’s triumph, and was executed in the prison after the procession.

The historian Plutarch tells us that Jugurtha, the defeated king of the north African reign of Numidia, mocked his jailers as he was lowered naked into the dark, damp dungeon, exclaiming: “By Hercules, o Romans, this bath of yours is cold!” He succumbed to hunger and exposure a few days later.

One of the few who made it out alive was Aristobulus II, the Hasmonean king of Judea who had been imprisoned there by Pompey.

The Jewish historian Josephus relates that when Caesar took control of Rome he freed Aristobulus, hoping to use him to foment rebellion in the Levant against his rival, but the Judean king was soon poisoned by Pompey’s followers.

As the Roman Empire became Christian, use of the Tullianum as a jail declined. By the 7th century it was back to being a holy site, revered as the place where Peter and Paul were held before their martyrdoms.

The ancient water source was repurposed by Christian tradition, and was said to have been miraculously sprung by the apostles to baptize their jailers. Now called the Mamertine (possibly because of a temple of Mars that had stood nearby), by the early Middle Ages the dungeon was transformed into a church, and a second church was built on top of the prison during the Renaissance.

Archaeologists have found a trove of medieval artifacts, including rare glass and ceramic vessels, connected to the cult of the saints, all displayed in a new museum at the site, which is managed by the Opera Romana Pellegrinaggi, a Vatican office that organizes pilgrimages and protects holy sites..

Actually, there is little evidence to support the legend that Peter and Paul were held there. But Fortini says this tradition made sure the building was protected from looting during the Middle Ages – preserving this monument from the archaic Roman period to this very day.