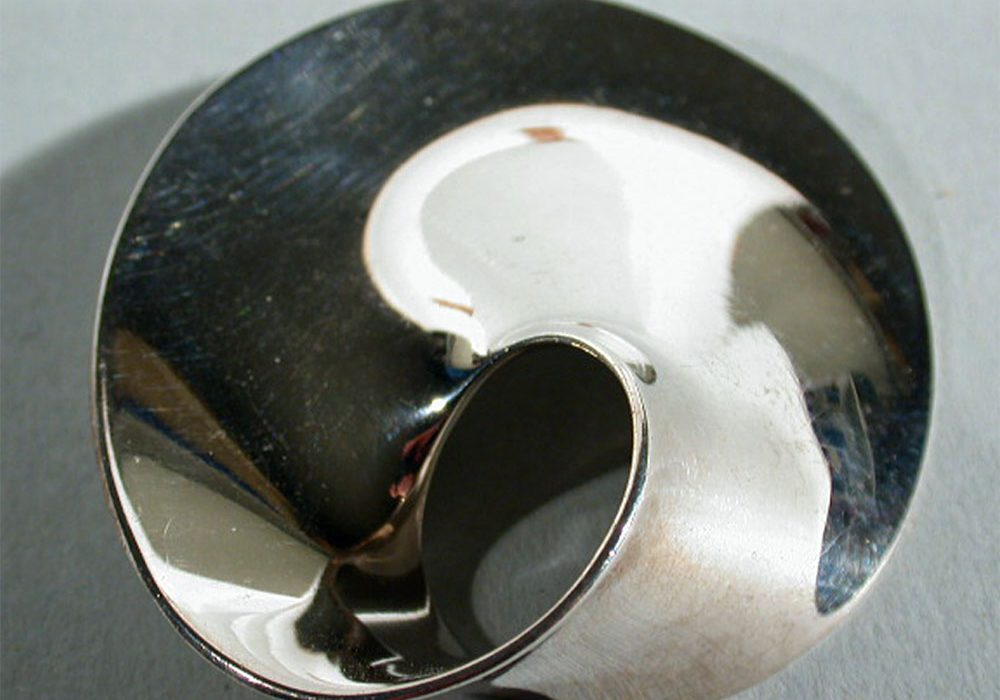 Arianna Fognani’s passion for travels and different forms of intercultural encounters has influenced her life, teaching methods, and research interests. While completing her degree in Foreign Languages and Literatures, she studied in France and the U.K. She was also the recipient of two scholarships at Vassar College and Bard College where she began teaching Italian language. After graduation she was appointed twice as visiting scholar at the University of Rochester to teach courses on Italian American Experience. Working with students eager to learn about Italian culture and language encouraged Dr. Fognani to complete a Ph.D. in Italian Studies at Rutgers University. Before joining CCU she taught Italian at Franklin & Marshall College and co-directed their summer program in Tuscany. Dr. Fognani’s research has an intercultural perspective and lies at the intersection of the fields of literature, cultural studies, and human geography. She is interested in transcultural subjects’ mobilities and the ways they represent alien spaces in their texts.

Empire’s Mobius Strip unravels the historical and political reasons that connect the Italian colonial projects in Libya with the current migration and detention crisis in Italy. By delving into the effects of controlled mobility, Stephanie Malia Hom’s book places the analysis of imperial formations within modern Italy. Engaging with various kinds of mobility, including tourism, displacement, and forced relocation, her work bears witness to the pervasive presence of discriminatory practices enacted by past and present governments through the systematic control of population movements and their forced relocation in Italy and its colonies. The Mobius strip, the one-sided, twisted loop that gives the book its title, cleverly embodies the device with which Hom conceptualizes the spatial disorientation and time suspension groups experienced as a result of being forcibly moved. Simultaneously, the strip becomes an original metaphor to tackle less visible imperial manifestations, demonstrating how, “at different times and in different places [they] surface, submerge, entangle, disappear, resurface, and infinitely loop back into themselves” (p. 15).

Rather than organizing Empire’s Mobius Strip into chapters, Hom opts for a narrative form that “give[s] room for imperial formations to breathe” (p. 16). To emulate the “messy and uneven” modalities of imperial formations, the book moves away from “neat categories, linear chronologies, textual symmetries, fixed territories, and even disciplinary certainties” (p. 16). Both choices prove to be quite effective in making the reading fascinating as well as accessible to readers with little or no familiarity with modern Italian history. Historical events, locations, and personal experiences overlap and resonate across the book, creating a polyphony of voices that intensifies the spatiotemporal interconnectivity of patterns and practices of controlled mobilities. Without affecting the rigor of scholarly analysis, the author’s elegant prose intertwines archival and anthropological research—ethnographic material including personal narratives, interviews, reportages, photographs, and maps—with theories including Ann Laura Stoler and Carole McGranahan’s definition of imperial formations, Giorgio Agamben’s analysis of concentration camps, and Rosi Braidotti’s theorizations on nomadic subjects. Although some might find these references restricted to only a few sections, the notes at the end of the book expand on specific passages without burdening the reading with excessive information.

Empire’s Mobius Strip consists of an introduction that sets the theoretical, historical, and geopolitical coordinates of the study and outlines the scope of the book: to dissect the modalities with which “Italy’s empire organizes itself across time and space, and how that organization violently produces exclusionary spaces and marginalized subjects, and, at the same time, generates the very structural conditions for inclusion within the Italian state and related civic projects” (p. 4). The three long, “novella-like essays” (p. 15) open with detailed overviews that flesh out the main themes and point out Hom’s argument and scope. The essays provide thought-provoking analyses of heterotopian spaces spanning from carceral islands and migrant detention centers to former concentration camps and nomad camps, and include less-known forms of controlled settlements like agricultural and equipped villages. The privileged sites of Hom’s investigation bear traces of Italy’s biopolitical nation-building and identity-formation projects, which are located in Italy and its colonial territories. Paraphrasing Agamben and Michel Agier, Hom frames these sites as spaces of exception and emergency, characterized by the presence of “undesirable” (p. 5) subjects temporarily hosted in a state of “permanent precariousness” (p. 6). A short coda concludes the book by shifting the geographical focus from Italy to California, offering yet another example of less visible imperial formations.

The opening essay, titled the “The Island,” explores the interconnected histories of carceral islands to demonstrate how “the movements occasioned by Italy’s nation-making and colonial projects in the early twentieth century have lent their peculiar texture to the country’s crisis of migration and detention in the twenty-first” (p. 21). Hom’s analysis aims to unhinge the predominant construction of Lampedusa as a space of exception, or more notably, as the hub of the current migration emergency in the Mediterranean. Her study, instead, frames the island as a part of multiple, uneven, and complex imperial dynamics that have been working on and around Lampedusa over time. Besides illuminating the uncanny nature of the island, where tourism coexists with migration, vacation with detention, humanitarian missions with emergency tourism, Hom defines Lampedusa as an “imperial palimpsest” (p. 21) of global proportion. Her conclusion aptly shows how various transnational forces—namely Italian detention, segregation, and selection projects; US military ambitions; neoliberal powers interested in profiting from sanctioned and unsanctioned mobilities—conflate on the island to heighten the inequity between those who move by choice and those forcibly moved.

“The Camp” retraces the genealogy of organized camps, “focusing attention on the present-day migrant detention center at Ponte Galeria and its historical predecessor, the Italian-built concentration camps in eastern Libya (1929–34)” (p. 65). In Hom’s terms, the camp represents the embedded component of the carceral island as well as its contemporary evolution. Drawing on Agamben’s analysis of the spatiality of the camp and Braidotti’s definition of the nomadic subjects, the scholar connects the past experiences of Bedouins imprisoned in Italian camps in Cyrenaica with the current conditions of undocumented subjects in Ponte Galeria on the outskirts of Rome. A critical point raised in this section is the historical continuity with which Italian governments have been constructing mobility and nomadism as threats to national stability leading to a permanent state of emergency. Hom interprets this continuity, and its consequent crises, as signs of the reemerging of Italian colonial amnesia, which manifests itself in the reiteration of detention practices and forced mobility to spatially contain and segregate undesirable subjects. This same topic offers a transition into the ideas proposed in the final essay.

The closing essay focuses on “The Village” as the site of “spacial aftereffects of the camp” (p. 121) to offer innovative insights and compelling analyses of the intricacies of imperial formations in modern Italy. Grappling for the first time with a less-theorized form of organized space, Hom loosely defines these distant and different spaces as a  “village” (p. 121). Besides arguing that the function of the villages evolved from temporary to semi-permanent confined-residency sites for undesired and displaced groups, such as Bedouins and Muslims in colonized Libya, the Roma and Sinti living in La Barbuta trailer park in Rome, and the unexpected returning national refugees, Hom’s study crucially connects spatial practices and racial policies to demonstrate how they have been deployed to foster Italy’s biopolitical projects across time and space. In addition, to highlight the specificity of the village as a new locus of investigation and a more complex, yet nuanced, form of forceful confinement, Hom’s work suggests that here racial, ethnical, national “difference is amplified and overseen by the state” (p. 138) and that the village, more than the camp, “heightens and obfuscates differences of ethnicity and nationality” (p. 122). Moreover, her findings reveal that the aftereffects of these practices obliquely reemerge when “the Italian state exercises its power through the recognition or refusal of citizenship, and … creates the conditions  under which  people become caught in limbo, suspended between citizen and subject” (p. 166). Hom effectively documents what is at stake in this new form of controlled and suspended (im)mobility; it is not just the loss of free movement, the displacement, and relocation, but there is the loss of individual identity in the eyes of the Italian administration.

By positioning Italy as the focal site to investigate the effects of empire on mobilities across the Mediterranean, Empire’s Mobius Strip offers numerous original perspectives: a broad interdisciplinary scope that places the readers at the center of the ongoing debate on global unsanctioned mobilities; compelling arguments that further problematize the relation between Italy’s disavowed colonial past and present-day migrant (and nomad) crisis exacerbated by xenophobic resentments; a well-documented apparatus of historical references, archival resources, and photographs. The variety of transnational and international experiences that Stephanie Malia Hom presents encompasses the neglected narratives of Bedouins incarcerated in Italian camps in Libya, the forgotten stories of Italian refugees returning from Libya and Istria in the 1950s, and the rarely heard voices of Sinti and Roma living in Italy.[1] Hom’s book effectively documents and humanizes the struggle endured by subjects caught up in the twisted loops of imperial formations.

[1]. Luciana Capretti’s novel Ghibli  (Milano: Rizzoli, 2004) provides a narrative about the unexpected return in Italy of Italian and Italian-Libyan refugees after Ghaddafi’s coup.