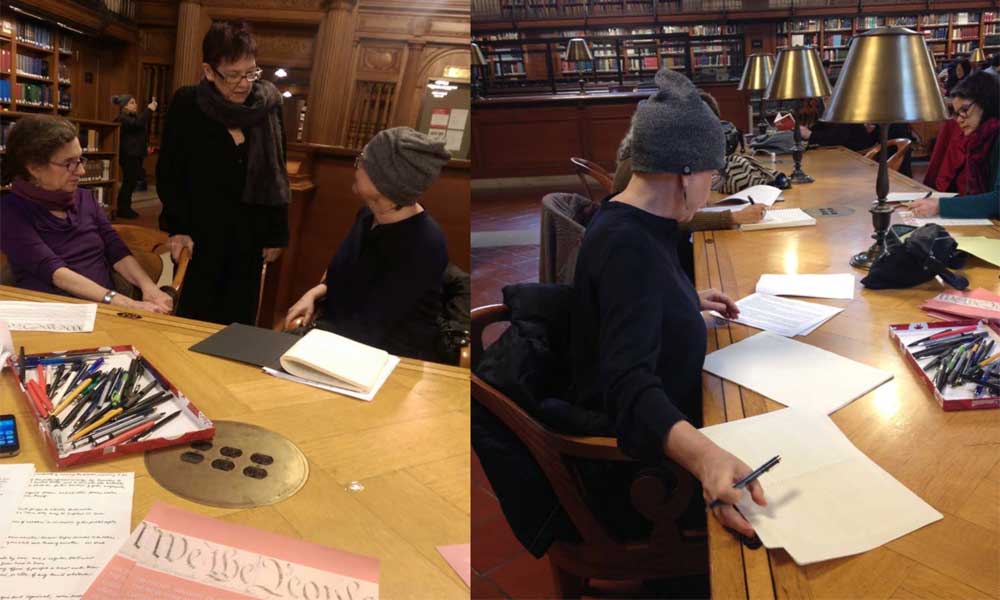 Donald J. Trump’s election, inauguration, first appointments, and presidential decrees, have caused extreme disquiet to those who foresee the country drifting toward authoritarianism and a systematic undermining of the democratic process.

The present political situation  — polarizing and still hard to gauge in its radical thrust— calls for new and creative modalities of opposition and dissent.

Many have marched, blogged, protested through social media, written to their representatives in congress. Yet on both an individual and collective level, one finds unchanneled frustration and impotence.

Among the more quiet yet resonant actions, we would like to invite you to join an initiative promoted by the artist, Morgan O’Hara who on Inauguration Day invited like minded citizens to join her in the Rose Room of the New York Public Library, to spend the day copying by hand the US Constitution.

The images convey the quiet intensity and personal involvement each participant had with the text of the Constitution. Walter Benjamin’s reflection on the virtue of copying a text illuminates the scope of the project.

The action will be repeated on Saturday, February 11th from noon until 6pm.

“The power of a country road when one is walking along it is different from the power it has when one is flying over it by airplane. In the same way, the power of a text when it is read is different from the power it has when it is copied out. The airplane passenger sees only how the road pushes through the landscape, how it unfolds according to the same laws as the terrain surrounding it. Only he who walks the road on foot learns the power it commands, and of how, from the very scenery that for the flier is only the unfurled plain, it calls forth distances, belvederes, clearings, prospects at each of its turns like a commander deploying soldiers at a front. Only the copied text thus commands the soul of him who is occupied with it, whereas the mere reader never discovers the new aspects of his inner self that are opened by the text, that road cut through the interior jungle forever closing behind it: because the reader follows the movement of his mind in the free flight of daydreaming, whereas the copier submits it to command. ” Walter Benjamin 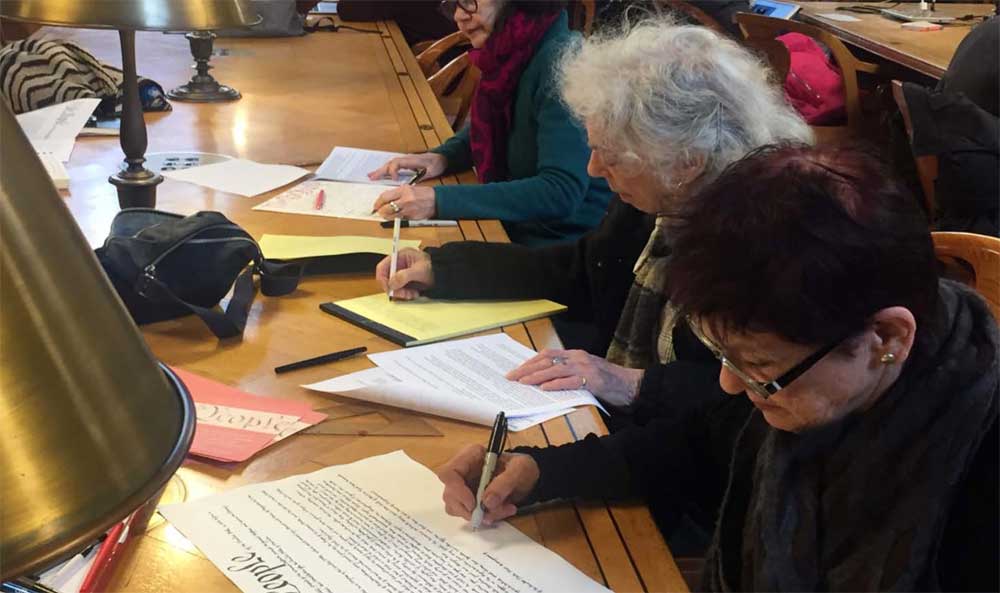 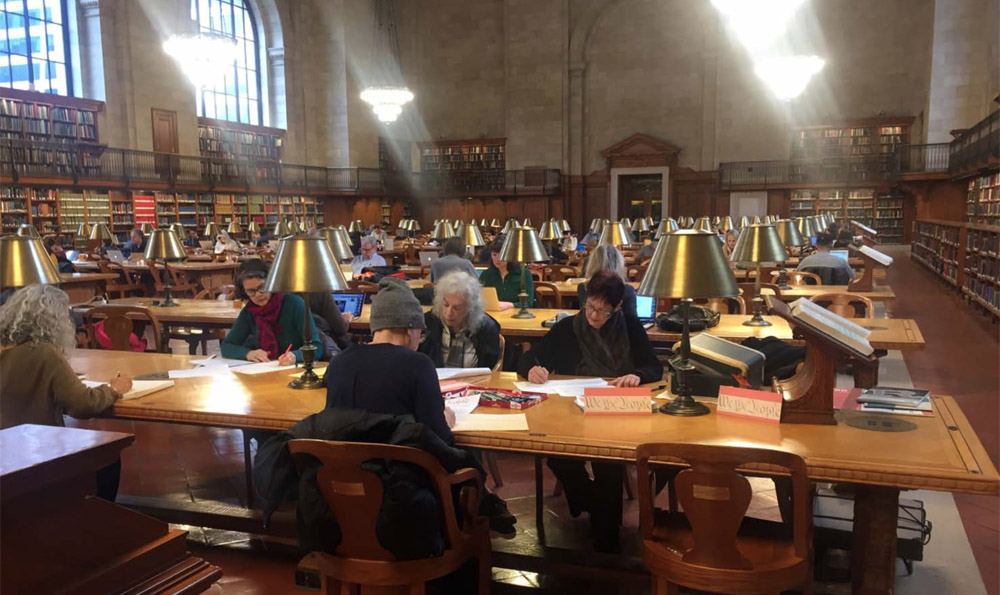 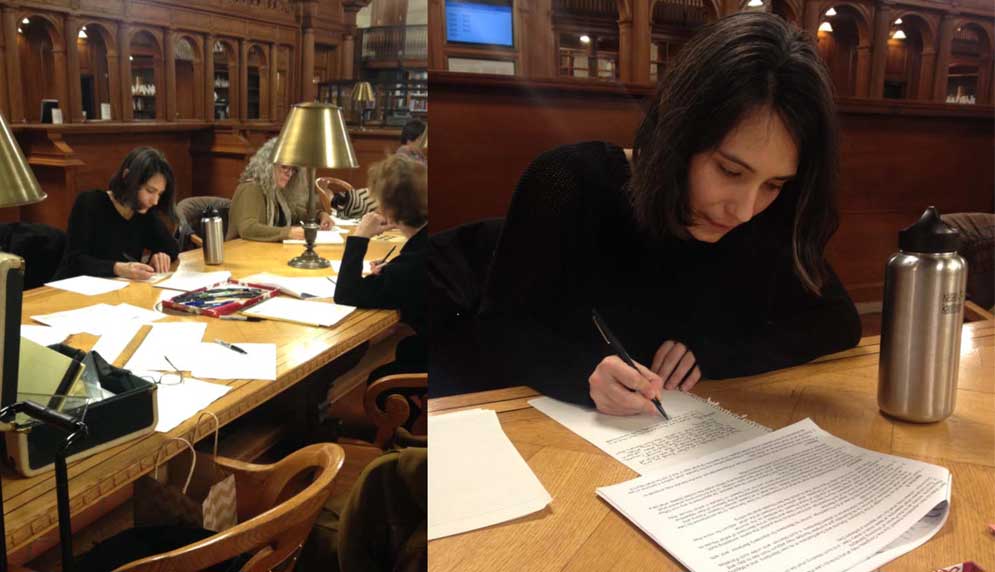 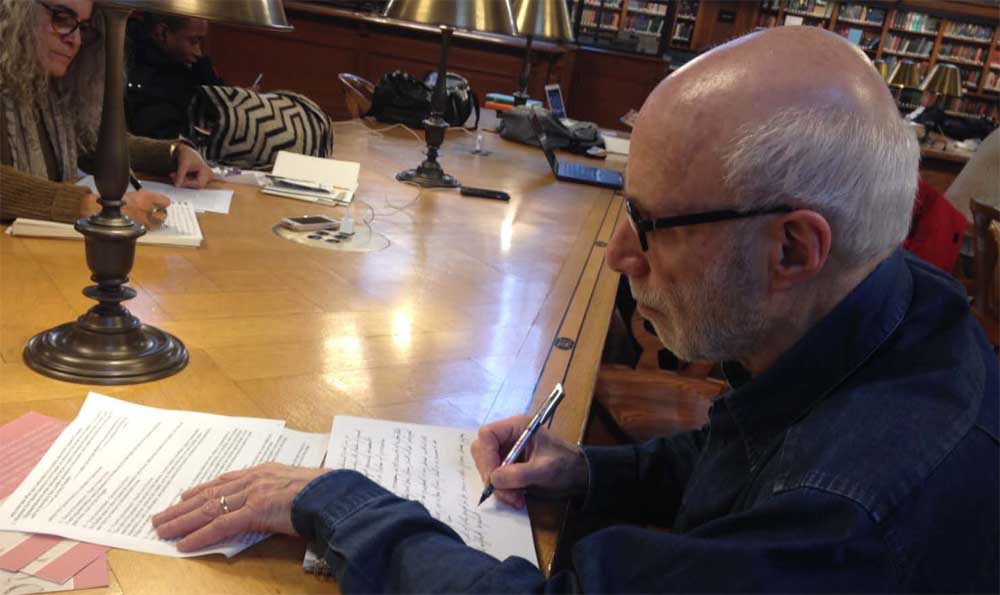 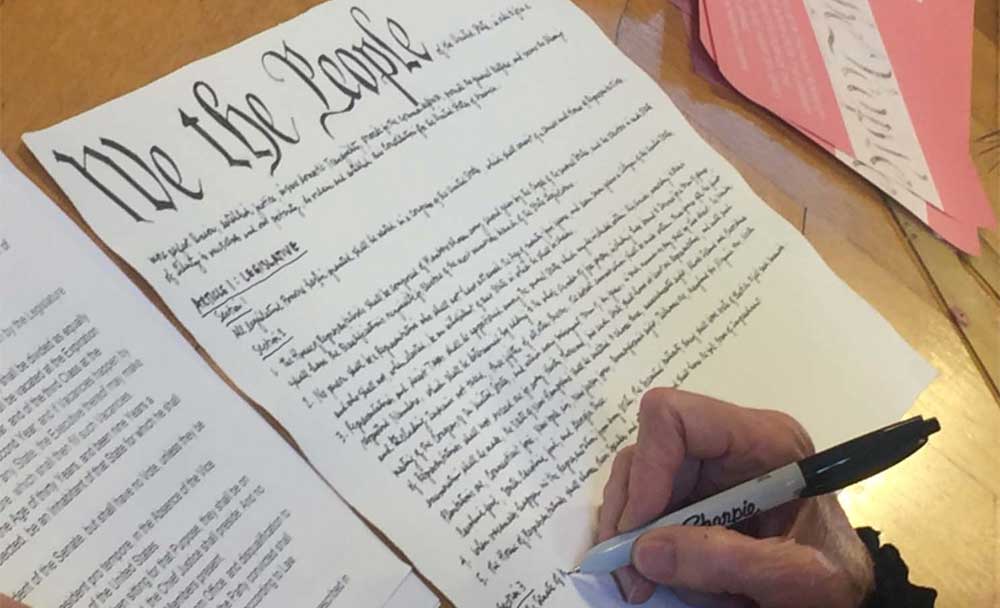 The Golden Haggadah and its Two Collectors: Joav Gallico and Giuseppe Almanzi

The Golden Haggadah is one of the finest of the surviving Haggadah manuscripts from medieval Spain. The Haggadah, which literally means ‘narration’, is the Hebrew service-book used in Jewish households…