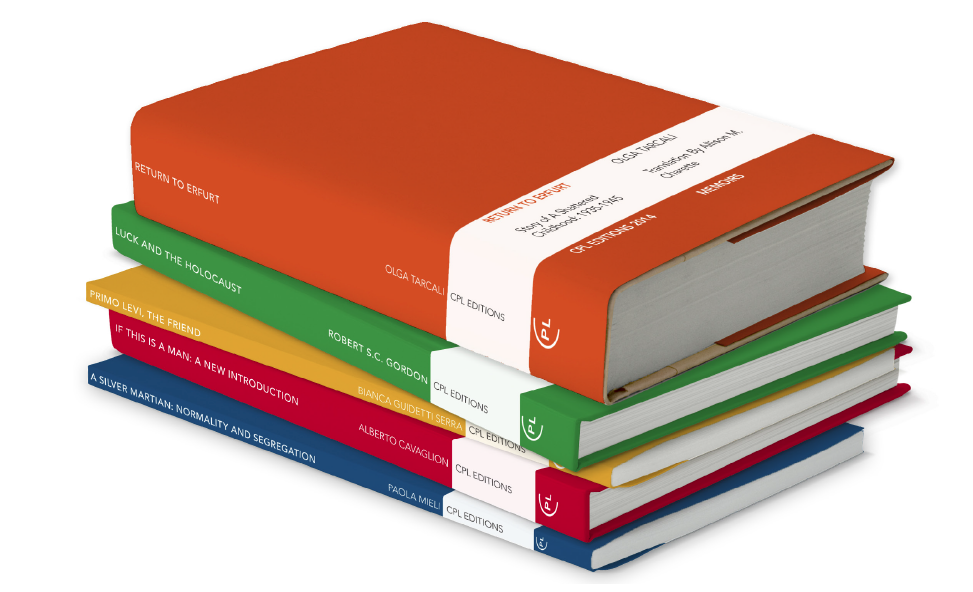 The CPL EDITIONS App is finally online and can be downloaded at no cost from iTunes and Googlepaly. It is a new and convenient way to update readers on new essays in our online monthly, Printed_Matter, as well as our new books.

CPL EDITIONS is born of our desire to make available in English the knowledge of Italian Judaism, personal stories, ideas and new ways to look at history, that are rarely appreciated outside of small circles of specialists and Italian readers.

In this digital era, we are compelled by the belief that books are, and will continue to be the principal vehicle for the circulation of ideas, innovation and exchange. We have the firm conviction that the long tradition of Italian Jewish independent bookmakers (librai editori) can continue by means of new technologies, yet still be centered on the encounter—in person and on the page— between authors, editors, translators and their audience.

CPL Editions books are designed by Jonathan Wajskol and produced in partnership with O/R Books.

CPL Editions titles are available both in paperback ($12) and as e-books ($8) and can be purchased through Amazon, or through the CPL Editions APP. Proceeds from book sales will be used for further translations and publications.

Each month, Printed Matter will feature a selection of books from CPL Editions.

Primo Levi, The Friend is a brief text in the form of a limmud. In Jewish tradition, a limmud is a teaching that serves as a memorial to someone who has passed away, dedicated to topics close to their heart; it allows the reader to participate in an ideal conversation—of the kind old friends continue to have with the departed. By delicately weaving personal memories with abundant quotations from Primo Levi’s writing, Guidetti Serra conjures up his presence, and reveals how Primo Levi, the man—his thoughts, attitudes, and character — was intrinsically linked to his work. What also comes alive here is Levi’s unique gift for deep and long lasting friendships.

Bianca Guidetti Serra (1919-2014) was a lawyer, fought as a partisan in the Italian Resistance and continued to be a political activist throughout her life. She met Primo Levi during their university years and maintained a close, lifelong friendship with him. She is the author of Compagne, Einaudi 2009, a collection of interviews with politically engaged women from Turin.

Gemma Vitale Servadio, I am Counting on You, on Everyone…

Gemma Vitale Servadio was born in Turin in 1878 into a middle-class Jewish family. When the Racial Laws were enacted she had the choice of moving to Brazil, where her son Luchino was living, or to Tangier where her daughter Lucia and family had found refuge. Her choice was a fateful one: not wanting to leave her 87-year old mother, Nina, alone, she stayed behind and moved in with her.

In May 1944 Gemma and her mother were arrested in their home in Turin and sent to the Fossoli, the main internment camp in Italy. From there they were shipped in cattle cars to Auschwitz, where they were both gassed upon arrival on June 30, 1944.

Mirella Bedarida Shapiro, Gemma’s granddaughter, was born in Turin, Italy, in 1927, into a well-off middle-class family. Both her parents were physicians. Her life was brutally disrupted in 1938 by the promulgation of the racial laws, when, as a consequence, her family had to emigrate to Tangier, Morocco. At the end of the war Mirella emigrated with her older sister to New York. She married Nat Shapiro, a New York artist.

Marco Coslovich is a teacher, scholar and researcher of twentieth century history. He has published extensively on the role of memory in the context of history, on Nazi concentration camps, on Fascist anti-Jewish persecution and on the violence of totalitarian states.

As a survivor moved to become a writer by the “necessity” to share his experience, Primo Levi narrated the devastating effects of the deprivation of one’s subjectivity in the lager. New York and Paris based psychoanalyst Paola Mieli traces the voice of Levi the storyteller in his reflection on the causes and implications of what he defined as an “immense biological and social experiment,” pondering on the issue of segregation in our times and on the heritage the camps have bequeathed onto the present.

In Mieli’s interpretation, through surreal inventions, Levi pointed to a disquieting continuity between past aberrations and present normality, showing beyond any doubt how the present is subtly interwoven with the logic of the past. In his short story, Sleeping Beauty in the Fridge, Levi describes with great acumen the tight relationship between science new technologies, and subjective alienation, as well as the ways in which normality, and the tranquility of a prosperous life, are in fact the product of a bio-political normativity, universally accepted with careless complicity.

Paola Mieli, PhD is a psychoanalyst in New York City. She is the president Après-Coup Psychoanalytic Association (New York), a member at Le Cercle Freudien (Paris), Insistance (Paris), Encore (Paris) and an honorary member of The European Federation of Psychoanalysis (Strasbourg).