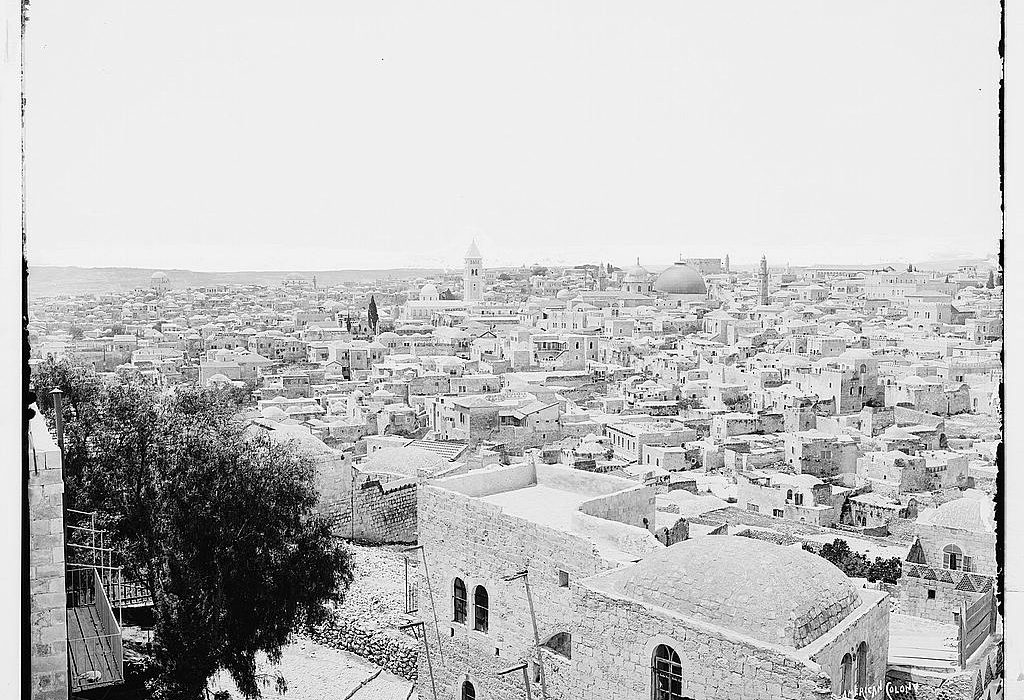 Matthias B. Lehmann. Emissaries from the Holy Land: The Sephardic Diaspora and the Practice of Pan-Judaism in the Eighteenth Century. Stanford Studies in Jewish History and Culture Series. Stanford: Stanford University Press, 2014

A New History of Emissaries from the Land of Israel

I distinctly recall my surprise when I first encountered the phenomenon of emissaries from Palestine who had traveled to Morocco to raise money for their impoverished coreligionists in the Holy Land. Multiple communal ordinances (takkanot) written by rabbis in Morocco attempted to regulate the ways in which Jews as individuals and as communities sent funds to the Holy Land.[1] The individuals—usually scholars with varying degrees of expertise—traveled for years at a time, and some died while on their rounds. Across North Africa, these deceased emissaries lived afterlives as venerated holy men whose graves became sites of pilgrimage for Jews, and even sometimes Muslims. I remember my delight when I found a small notebook preserved in the collection of the Ben Zvi Institute from an emissary sent to Morocco in 1895, with the names of donors and the amounts they contributed carefully recorded for each city he visited. But I had little sense of how these emissaries fit into a broader narrative of early modern and modern Jewish history.

Matthias B. Lehmann’s book offers the perfect antidote to my curiosity. In his brilliant study of the networks of emissaries managed by the Pekidei Kushta (Officials of Constantinople) in Istanbul, he offers a rich and thought-provoking account of how these philanthropic missions functioned and how they helped shape the nature of Jewish identity, religiosity, and collective self-imagination. His book offers a textured exploration of how these emissaries conducted their fundraising missions and the problems they encountered along the way. In so doing, Lehmann raises fascinating questions about intra-Jewish encounters, especially how Jews imagined their connections to one another and to the Holy Land, and how these philanthropic networks helped lay the foundation for new ways to imagine the transnational Jewish community in the nineteenth century.

Lehmann is not the first to address the history of emissaries, although surprisingly there has been very little work on this important subject. In 1951, Abraham Ya’ari published a groundbreaking anthology of texts (Sheluhei Erets Yisra’el) about emissaries sent from the Holy Land to Jewish communities throughout the diaspora. As Lehmann notes, Ya’ari’s work on emissaries fits squarely into the “‘Jerusalem School’ of Jewish historiography in the spirit and service of the Zionist project” (p. 7). But as valuable as Ya’ari’s anthology was, it is ahistorical and did little to help those who wanted to place emissaries in a broader analytical context. Ya’ari’s goal was to provide evidence of a continuous Jewish presence in Palestine and an equally permanent connection between Jews in the diaspora and those in the Holy Land.

Lehmann’s study, on the other hand, historicizes the rise of emissaries as “very much a product of the early modern period” (p. 15). He offers the context of Ottoman support for Islam’s holy cities—including Jerusalem—as a factor that helps explain why organized networks of emissaries to the Holy Land arose after the Ottoman conquest of Palestine in the sixteenth century. Lehmann also notes that Ottoman rule in Palestine is crucial to understanding why a group of Jewish communal authorities in Istanbul established the Pekidei Kushta in 1726 (in response to the severe financial crisis that Jews in Jerusalem experienced following the immigration of a large group of Ashkenazim in 1700). The Pekidei Kushta organized fundraising missions “on an unprecedented scale” (p. 35): they carved up their regions of operation into “Turkey” (Turkiya), “Europe” (Frankiya), the Maghrib (Shelihut Ma‘arav), and ‘Arabistan—including the Middle East, Persia, Central Asia, and South Asia. In sending emissaries to every corner of the Jewish world, the Pekidei Kushta inaugurated a kind of pan-Judaism, as Lehmann calls it, that linked Jews across the world in an effort to fund their coreligionists in the Holy Land.

The individual “agents of philanthropy” who braved tumultuous seas, dangerous roads, and sometimes hostile hosts did more than just raise funds for the impoverished Jews living in Palestine. They also served as itinerant scholars, teaching, publishing, and distributing scholarly works as they traveled. In so doing, they did more than knit together Jews across the world through monetary donations; they offered a way for Jewish communities—including remote, isolated ones—to encounter new knowledge and new perspectives. Many emissaries participated in the fight against heterodoxy and reform, especially in western Europe. They also worked to establish a sense of spiritual connection to the Holy Land—although one that was hotly contested. The philanthropic networks managed by the Pekidei Kushta overlapped with commercial and political networks; Lehmann demonstrates that what may seem to be the epitome of an inward-looking Jewish organization was, in fact, in constant relationship with Muslim and Christian merchants and political authorities.

The core of Lehmann’s study—and one of the reasons it does so much to advance our knowledge of these philanthropic networks—lies in his documentation of the contested nature of the emissaries’ work. First of all, emissaries went to great pains to convince potential donors of their credibility, usually by producing letters of support from the Pekidei Kushta and other trusted figures of authority. But these letters were not always sufficient, especially when communal leaders did not recognize the names of an emissary’s endorsers. And Jews were right to be suspicious, as many individuals declared themselves emissaries without any official backing either from their home communities or the Pekidei Kushta; others embezzled the funds they collected for their own personal use. But even once an emissary was deemed authentic and trustworthy, he still needed to convince his host community to empty its pockets. A learned, eloquent, and charismatic emissary could often raise hefty sums, but those less skilled in “the ask” (in today’s development lingo) were often personally disappointed, as well as rebuked by their overseers in Istanbul for raising too little.

Lehmann also uncovers emissaries’ efforts to provide an ideological basis for their missions. Jews in the diaspora did not assume that it was their duty to support their poor coreligionists in the Holy Land when large numbers of impoverished Jews were in dire straits at their very doorsteps. Emissaries came up with innovative arguments about why the poor Jews in Palestine were, in fact, more worthy of charity than the “poor of your city”—whom Maimonides designated as taking “‘precedence over the poor of another city’” (p. 160).[2] The justification for this sense of obligation to Jews one did not know who lived thousands of miles away was an important precedent for the creation of modernizing, westernizing philanthropic organizations like the Alliance Israélite Universelle in the nineteenth century.

Moreover, the very nature of the emissaries’ work was controversial, since a significant portion of the funds they raised went to finance their missions (between 10 and 20 percent), in addition to the percentage retained by the emissary as his personal compensation (pp. 96-97). It is not surprising, then, that Jewish communities throughout the eighteenth and nineteenth centuries withheld funds, complained about the frequency of emissaries’ visits, and ultimately questioned the practice of sending emissaries altogether. In 1824, a rival organization to the Pekidei Kushta—called the Pekidim ve-Amarkalim (Officials and Administrators) in Amsterdam—decided to stop supporting missions from emissaries altogether. Instead, they channeled “the contributions from the Ashkenazi communities in Holland, Germany, France, England, and North America to Palestine without the intervention of rabbinic emissaries” (p. 219). Needless to say, this move was not received well by the Pekidei Kushta, although they proved largely incapable of doing anything about it. Missions continued to other Jewish communities even into the twentieth century, but the decline of the Pekidei Kushta’s supreme authority regarding fundraising for the Holy Land marked the “end of an era.” Nonetheless, Lehmann notes the “coexistence of the ‘traditional’ and the ‘modern,’ the ‘old’ and the ‘new’ in nineteenth-century Jewish philanthropy and Jewish society more generally” (p. 260).

Perhaps the most fascinating question addressed throughout Lehmann’s study concerns the interactions of Jews from radically different ethnic, cultural, and linguistic backgrounds—a feature of the early modern period in general, but particularly evident in the work of the emissaries. In recounting the emissaries’ observations of the different communities they visited, Lehmann offers much food for thought about the extent to which Jews imagined themselves as a unified group—even a nation in some proto-nationalist sense—and the extent to which they felt very little sense of connection to Jews perceived as ethnically and culturally different. Lehmann shows that, surprisingly, the divisions between Ashkenazim and Sephardim that dominate Jewish popular consciousness today—that is, Ashkenazim as European and Sephardim as everyone else (including Jews from Africa and Asia with no ancestral ties to the Iberian Peninsula)—have an important precedent in the early modern period. The networks of emissaries divided the Jewish world up between Ashkenazim (non-Sephardic Jews in western and eastern Europe) and everyone else (including Italy, the Ottoman Empire, North Africa, Persia, Central Asia, and India). Moreover, there was a “basic assumption … that support for Jews in the Holy Land was always based on inner-Sephardic or inner-Ashkenazi feelings of solidarity” and that Jews belonged either to a unified Ashkenazi world or to a unified Sephardi world (p. 174). Although Jews’ layers of identity were far more complex than this Sephardi-Ashkenazi binary, the very fact that its existence was presumed and uncontested in the eighteenth century is surprising and has important implications for further studies of intra-Jewish difference.

Lehmann’s book offers the first definitive account of one of early modern Judaism’s most important institutions. He offers insights to a number of questions that are garnering increasing attention in the field, including encounters among Jews from different ethnicities; the layers of religious, ethnic, cultural, and geographic identity among premodern Jews; and the ways in which Jews were connected to one another across political boundaries—both in practice and in their imaginaries. It is a book I believe will remain essential reading for early modern and modern Jewish historians of Europe and the Middle East for a long time to come.

The Erna Finci Viterbi Italian Chazanut Round Table A resource on Italian Jewish liturgy and music On February 14, 2016 Centro Primo Levi presented its new project dedicated to the…