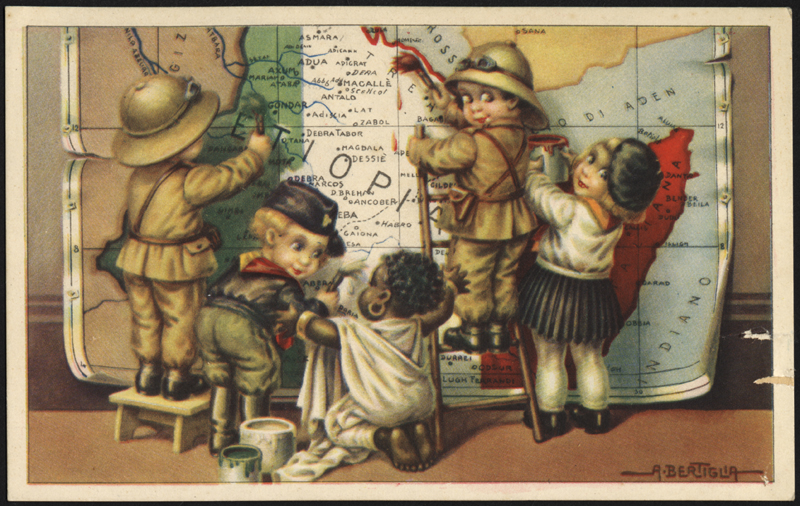 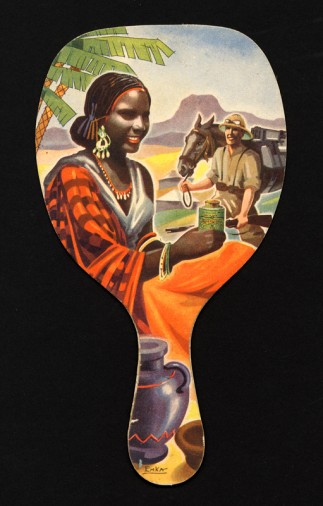 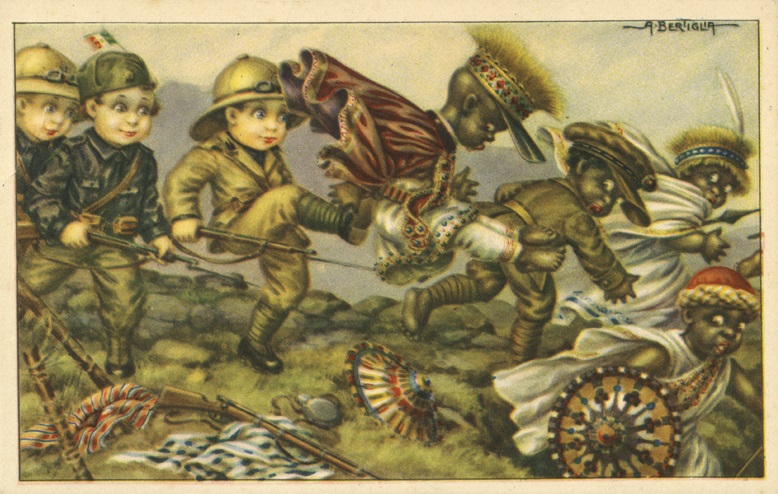 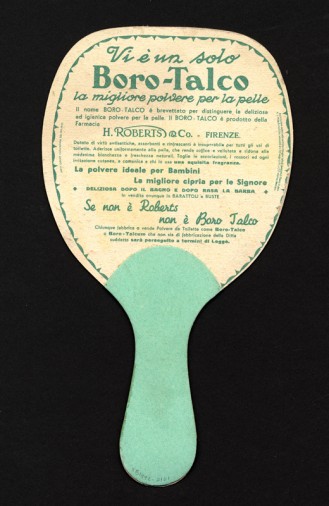 Ethiopia is one of only two African countries that managed to escape colonization during Europe’s great scramble for Africa in the 1870s. Italy, a latecomer to the colonial enterprise, was able to occupy Libya, Eritrea and Somalia, attempting to conquer Ethiopia in the late 1890s, but suffering a humiliating defeat by the Ethiopians at Adua (Adwa/Adowa) in 1896.

Determined to avenge this defeat and to also extend their African colonies and influence, the Italians planned years in advance to attempt another war.

Emboldened by the victory of Mussolini’s fascist party in Italy’s 1922 elections, plans were renewed to convince the Italian population of the virtue and glory of such an endeavor. Dependent upon propaganda to persuade the population and garner mass support for war, the fascist state used every means possible to manipulate and win over public opinion.

Newspapers, radio, mass rallies, use of terror and fear, advertisements, art, music, posters, as well as the effective use of symbols, such as the glories of ancient Rome, built up nationalistic pride.

This enabled him to move forward with an unconscionable assault on Ethiopia, a country with no army, no air force, no armaments, and virtually no modern infrastructure. In October 1935 Mussolini ordered the invasion of Ethiopia from Italian-held Eritrea and Somalia, thinking he would easily crush the ill-prepared and badly equipped local army.

In the face of widespread condemnation from the League of Nations, the Italians spread terror and destruction through their indiscriminate use of air power and poison gas. Ethiopia, one of just three African countries to be a signatory to the League of Nations thus became some of the world’s first fascist victim.

The African Collections in the Manuscripts and Archives Department at Yale University Library. Sterling Memorial Library

Preachers of the Italian Ghetto

David Ruderman, Preachers of the Italian Ghetto, University of California Press, 1992 By the mid-sixteenth century, Jews in the cities of Italy were being crowded into compulsory ghettos as a…