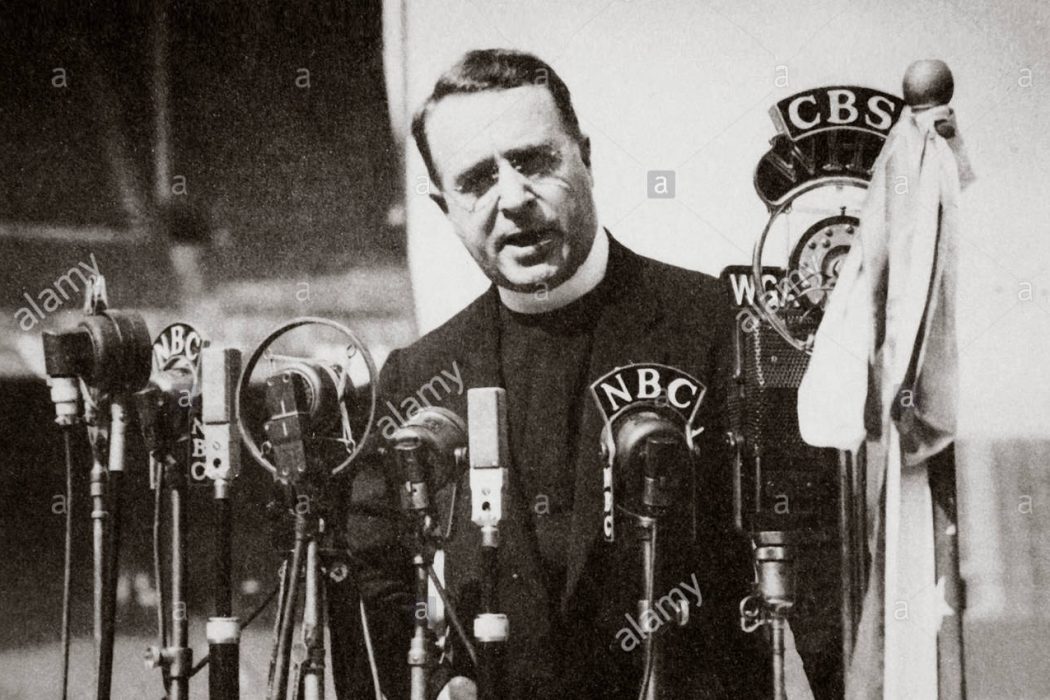 Fascist Antisemitism and Jewish-Italian Relations in the United States

Scholars have long contended that anti-Semitism in fascist Italy was a much milder version than its counterpart in Nazi Germany. In this view Italy was a latecomer to anti-Jewish legislation, since the country did not adopt any racial measures until 1938.

Moreover, the Italian people boycotted fascist anti-Semitic provisions after their enactment and even risked their lives to save Jews from deportation when Germany occupied their nation and tried to implement the “Final Solution.” As this argument further goes, the lack of an anti-Semitic tradition in modern Italy and the good-heartedness of the Italian population shielded Italian Jews from the hardships and excesses that German Jews conversely had to face under Nazism.

The thesis of Italians’ imperviousness to anti-Jewish sentiments also has been applied to their communities abroad. Specifically, it has been suggested that anti-Semitism failed to make significant inroads into “Little Italies” in the United States even after fascism started its anti-Jewish campaign.

Recent studies, however, have begun to reassess the meaning, implications, and consequences of fascist racial legislation.

Their findings have revealed that the Italian people, too, shared anti-Semitic feelings and, far from protecting Jews, contributed to their persecution under both Mussolini’s regime and the Nazi occupation.

Against this backdrop this article examines to what extent that revisionist interpretation offers a viable model to account for the attitude of Italian Americans toward Jews in the United States in the late 1930s and early 1940s. In particular, it focuses on how Fascist anti-Semitism affected the relations between these two ethnic minorities.

On June 24, 1937, Generoso Pope — a prominent New York City Italian American contractor — went back to the United States after a tour of his native country where he had been granted private audiences with Pope Pius XI, fascist Minister of Foreign Affairs Galeazzo Ciano, and Italian dictator Benito Mussolini. Il Duce had given Pope a message for U.S. Jews. A number of anti-Semitic incidents that had occurred in Italy in the previous months were troubling Jewish communities in the United States as forewarnings that the fascist regime was about to align itself with the racial policy of its Nazi ally and launch a large-scale anti-Semitic campaign.

The sanctions of the League of Nations for the 1935 unprovoked fascist invasion of Ethiopia had already weakened the Italian economy. Mussolini was afraid that Italy would further suffer from retaliatory measures similar to the boycott of the German goods and services that the Non-Sectarian Anti-Nazi League to Champion Human Rights had adopted in the United States after Adolf Hitler had begun to persecute Jews. For this reason Mussolini wanted to reassure Jews in the United States that they had nothing to fear for Italian Jews.

Less than two weeks before Pope’s return, Fulvio Suvich, the Fascist ambassador in Washington, notified the American Jewish Congress that “the Italian Government plans no change in the policy towards its Jewish population whom it regards highly, and that recent attacks against the Jews in the Italian press are not significant of government attitudes.” Such a statement was unimpressive. Rabbi Stephen S. Wise, president of the World Jewish Congress, confined himself to issuing a press release in which he quoted Suvich’s words without adding any comment or expression of relief. Likewise, after Suvich’s declaration, the Jewish Examiner published an article by Paul M. Reid, the executive director of the American League against War and Fascism, who argued that “the recent outbreak of anti-Semitic violence in Poland can be directly traced to the persecution pattern set by the Nazi and adopted by Mussolini,” although the latter had not launched his anti-Jewish crusade yet.

After Suvich’s apparent failure to persuade Jews in the United States about the alleged goodwill of the fascist regime, it was Pope’s turn. Following his arrival at New York harbor, Pope made a statement in which he cited Mussolini’s words:

I authorize you to declare and make known, immediately upon return to New York, to the Jews of America that their preoccupation for their brothers living in Italy is nothing but the fruit of evil informers. I authorize you to specify that the Jews in Italy have received, receive, and will continue to receive the same treatment accorded to every other Italian citizen and that no form of racial or religious discrimination is in my thought, which is devoted and faithful to the policy of equality in law and the freedom of worship. […] I thanked Il Duce for his message – Pope concluded – and I am sure that his explicit and unequivocal affirmations will be welcomed with sincere satisfaction by the Jews of America, among whom I count many dear and excellent friends.

While the latter included Congressman Samuel Dickstein, they did not comprise Wise. Dickstein hurried to have Pope’s statement included in the Congressional Record as an extension of his own remarks. Conversely, Wise did not even bother to acknowledge receipt of a personal letter that Pope had sent him to guarantee one more time on behalf of Mussolini that the fascist regime planned no form of discrimination against Jews.

One year later, after Il Duce had indeed embarked on an anti-Semitic course, Wise admitted that he had “always believed” that Mussolini would eventually adopt a racial policy. Therefore, one can easily wonder what apparently induced another prominent American Jew like Dickstein to buy the fascist rationale and take Pope’s words at face value.

Unlike Wise, who was only a Jewish leader, Dickstein was a Democratic politician as well. His constituency – the Twelfth Congressional District in the East Side – was primarily Jewish. But it was also home to a significant number of Italian Americans. Many of them joined Jews in reporting to Dickstein’s headquarters to ask for help, patronage, and other political services. A former protégé of Tammany Hall District chieftain John F. Ahearn, Dickstein had learnt from his mentor that every vote counted and that he could not rely on the Jewish electorate alone. Since Italian Americans and Jews were both pivotal components of the New Deal ethnic coalition that had elected Franklin D. Roosevelt to the White House and kept Dickstein himself in Congress, Dickstein could not risk losing Pope’s support. The endorsement of Il Progresso Italo-Americano (The Italian- American Progress) – Pope’s Italian-language daily – was allegedly key to secure the Italian American vote in New York City.

Pope himself was the chairperson of the Italian Division of the Democratic National Committee.

As late as 1941, Dickstein twice took to the floor of the House of Representatives to deny accusations that Pope was a sympathizer of Il Duce and to guarantee that “he always condemned fascism and the Mussolini movement.” Indeed, Dickstein was eager to win the Italian American vote. He was aware of the widespread fascist sympathies in New York City’s Little Italy. Thus, in 1930 Dickstein even congratulated Domenico Trombetta on the establishment of the Lictor Federation. This organization was the heir to the Fascist League of North America that the U.S. Department of State had induced Mussolini to dissolve the previous year. After all, as the former deputy chairperson of the Special House Committee on Un-American Activities between 1934 and 1935, Dickstein had the investigation focus on the Nazi movements in the United States but largely ignore their Fascist counterpart.

The Music of the Jews of Rome

The history of Jewish music in Italy is long, fascinating, and filled with contradictions. Its length is due to the very history of Italian Jewry, whose origins go back more…