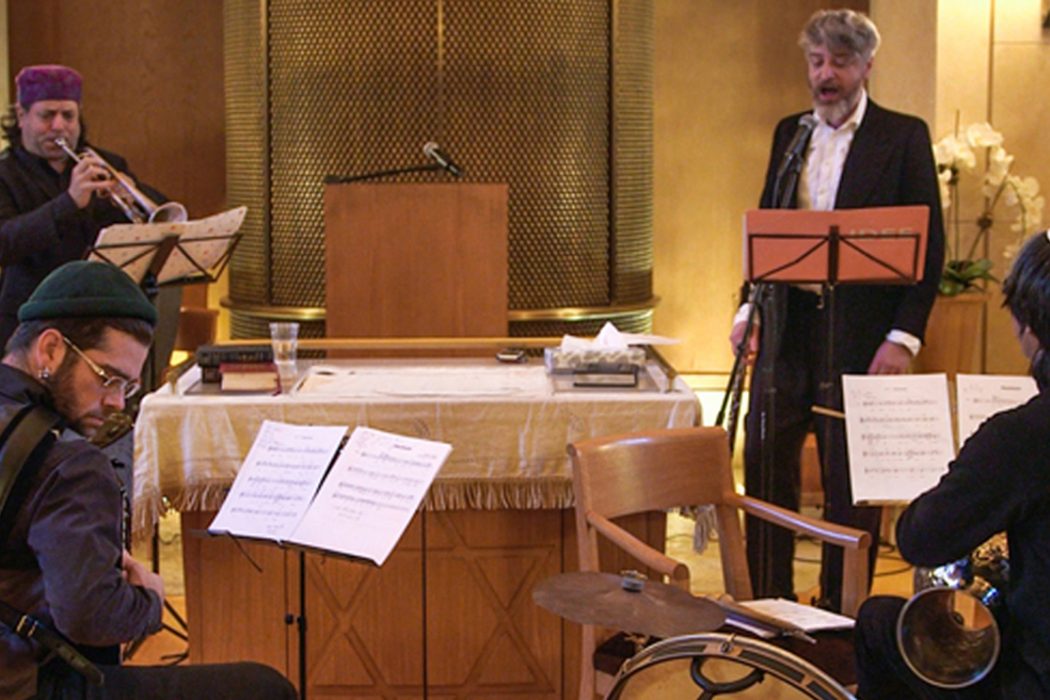 A resource on Italian Jewish liturgy and music

The program inaugurated with a limmud in music and a publication curated by Enrico Fink who performed with Frank London (trumpet), Patrick Farrell (accordion), and Satoshi Takeishi (percussion).

Each year, Centro Primo Levi will invite a guest cantor to lead a ceremony of music and singing from the Italian and Mediterranean Jewish traditions. Publications, recordings and essays produced for this program will be available through a website designed to provide tools to those interested in learning, practicing or simply enjoying this art, including scholars, musicians, cantors and bar/bat-mitzvah students wishing to include some of this beautiful music in their liturgical repertoire.

Sharing and participating were among Erna’s most cherished values and she regarded them as indispensable foundation of human relations and endeavors. This project, made of books and music and conceived as a “portable school,” is dedicated to Erna’s life and the long journey through countries and cultures that enriched her vision and strengthened her identity. May her memory be of guidance to future generations.

The online resource will be structured as a virtual siddur and machazor  in which the essential daily and festive liturgy is organized in chapters, each featuring regional variations of piyyutim, cantillation and melodies as well as extra-liturgical repertoires.

Both in the Italian (benè Romì) and the Sephardic minhag (in Italy and worldwide), the Song of the Sea is part of the morning zemirot. It is sung on every Shabbat with a popular ancient melody which is roughly the same everywhere. Even Ashkenazi communities often adopt it for the reading of the parasha from which the biblical text is taken: Parashat Beshallach.

We chose Song of the Sea to inaugurate the Erna Finci Viterbi Italian Chazanut Round Table as it evokes her journey out of Sarajevo’s Sephardic community.

The project explores the connection between melodies used in Italian communities, in particular for the piyyutim, and melodies used in North Africa and the Middle East, concentrating on Livorno’s historical role as crossroads between Italy and the Sephardic communities of the Mediterranean. As Edwin Seroussi wrote:

Melodies from the Italian-Sephardic synagogue tradition as practiced in Livorno were transmitted to other Sephardic communities in Italy and around the Mediterranean in the early 20th century. Bucharest, Alexandria, Marseilles, Tunis, Tripoli, Rhodes and Gibraltar are all communities where Livornese-trained cantors served and introduced melodies from their musical heritage. The choral tradition from Livorno spread to other cities in Italy, particularly to Florence, superseding the old Italian rite.

Today we can still hear this influence by comparing the melodies sung in Sephardic communities in North Africa, Israel, the Middle East to the traditional melodies from Livorno and Florence as transcribed by Federico Consolo in his famous 19th century collection Libro dei canti d’Israele.

In many striking cases, melodies that sound distinctly local, deeply rooted in their own tradition, and distant as a classical Italian aria can derive from a traditional Moroccan chant, revealing a common root and showing how an original tune has been modified by generations of use and oral transmission. Dozens of enchanting piyyutim testify to this long and continuous interchange across the Mediterranean, and constitute as a whole, a rich and fascinating “song of the sea”.

About the curator – A distinguished voice in Italian Jewish music, Enrico Fink is the cultural counselor of the Jewish Community of Florence and appears regularly as performer and educator in Europe and  in the U.S. His discography includes: Klezmer – Cronache di viaggi, Lokshen – Patrilineare, Il Ritorno Alla Fede del Cantante di Jazz, La Istoria de Purim. In 2011 he edited La Casa dei Canti, a CD of old and new recordings of Florentine Jewish musical traditions.

An Antifascist Between Italy and the United States