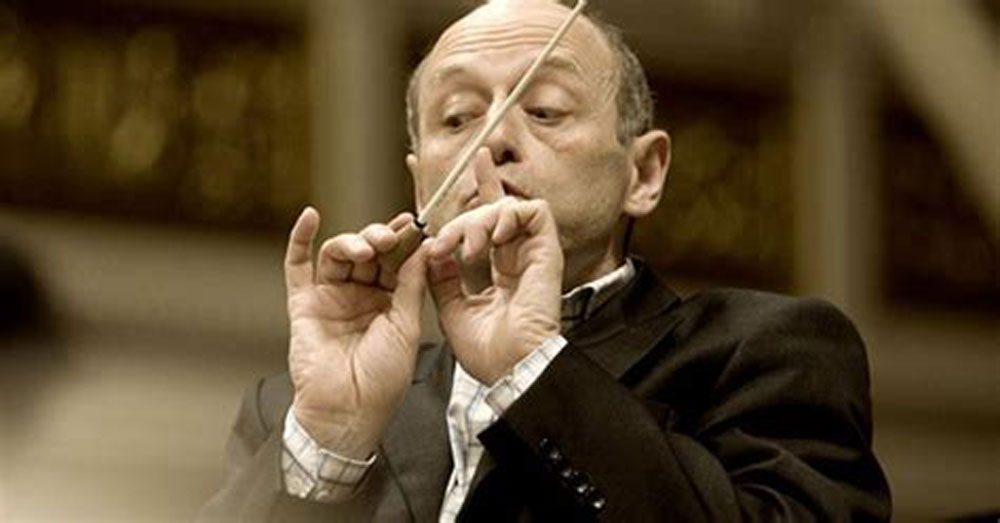 It seems to me… that despite the logical, moral rigor music may appear to display, it belongs to a world of spirits, for whose absolute reliability in matters of human reason and dignity I would  not exactly want to put my hand in the fire. That I am nevertheless devoted to it with all my heart is one of those contradictions which, whether a cause for joy or regret, are inseparable from human nature.

From Doctor Faustus by Thomas Mann

In these difficult times, when so much has been subtracted from our daily lives, music can be of enormous comfort. Though concert going will have to wait, there is so much we can listen to and explore with all the extra time suddenly available.

Browsing the Internet, I became acquainted with the work of Iván Fischer, the Hungarian conductor, composer, and musical educator. A present-day Lenny Bernstein.  Some of you may have heard him when he was Principal Conductor at the National Symphony Orchestra in Washington DC or in his many appearances as a guest conductor in New York. To me, he stands out, among the many masterful conductors (both men and women) of our times, for his infectious passion, popularizing skills and political courage. While his passion is apparent from the podium, his uncommon skill in speaking plainly yet profoundly about music, and his bold, humanistic political stances transpire most clearly in interviews and public statements such as these:

On music and the plight of refugees

Mr. Fischer was born in Budapest into a Jewish musical family, which includes his brother, the conductor Adam Fischer. He first studied piano, violin, cello, and composition at Conservatory in Budapest and only later focused on conducting after studying in Vienna.

His international conducting career took off after he won Florence Conducting Competition in 1974 and soon brought him among other honors to direct the Royal Philharmonic in London and to conduct at the Zürich Opera. From there, he went on to engagements with major orchestras in Europe and around the world. After guest-conducting the London Symphony Orchestra, BBC Symphony, and the Israel Philharmonic Orchestra, Mr. Fischer made his US conducting debut in 1983 with the Los Angeles Philharmonic. That same year he returned to Hungary and created the Budapest Festival Orchestra (BFO), which initially was intended for a limited number of concerts a year. Mr.Fisher’s refreshingly bold and experimental direction of BFO was captured by Alex Ross for the New Yorker.

With the BFO, Mr. Fischer has incorporated unorthodox ideas into practice, including allowing individual orchestra musicians to contribute to concert programming, concert series where the program is not announced, long talks to the audience, and open-air concerts in Budapest attracting tens of thousands of people.

In the 1990’s as Viktor Orban’s Fidesz national conservative party began its ascent to power leading to Orban’s becoming Prime Minister in 1998, Ivan Fischer made increasingly bold statements against the resurgence of state sponsored anti-Semitism, anti-immigration legislation and the limitations to freedom of speech. His own 2013 opera The Red Heifer, is a satirical yet explicit indictment of Hungarian anti-Semitism.

In recent years, next to a stellar conducting career Mr. Fisher has emerged as an original composer with works usually written for intimate groups of human voices and instruments. A short selection must include his Spinoza-Vertalingen for Soprano and chamber ensemble, La Malinconia (Umberto Saba), and 29 Canzoni di Petrarca. His most frequently performed work is Eine Deutsch-Jiddische Kantate.

Mr. Fisher is married to the flutist Gabriella Pivon and divides his time between Budapest and Berlin, where he is the music director of the Konzerthaus.

The Maestro has a keen interest in Italian literature, has performed often in Italy, and in 2018, has founded the Vicenza Opera Festival.

Iván Fisher’s eloquent  eyes, poignant words, and hand gestures that appear to sculpt the air materializing sound and emotion, reinforce the much needed faith in our capacity for empathy, deeper understanding and growth.

Venice: A Symbol of Jewish History

Should we assume, as we usually assume in ordinary parlance, that the word “symbol” signifies something beyond what appears at first glance, we should, I will argue, agree that Venice…