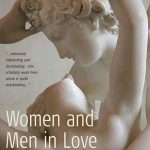 When conceiving of being European, love has always played an important role. This role might be even more important, when thinking about what it might feel like to be a European and how to conceive of Europeanness in terms of an emotional habitus or identity. Hence, love-be it Love as Passion,[1] to quote Niklas Luhmanns famous book, or conjugal agape-is also one of the most disputed and most manifold issues, especially when talking about forms of being European in historical terms.

Elaborating on Carlo Ginzburgs concept of Micro-History,[2] Passerini’s approach to love is a highly convincing example of how to face this phenomenon in all its complexity-and thereby to relate personal love stories and the course of European history. The Italian title goes Storie d’amore e d’Europa: stories-or perhaps even histories of Love and Europe. The ambiguity of story and history, indeed, seems to be one of the most important aspects of this work. A focus on micro-histories allows for an interesting view on the intricate discontinuity of private love and social cohesion. Passerini approaches this relation by focusing on biography, the interrelation of love and political theory, poetry and theatre, music and myth-and she even includes descriptions of places, spaces and landscapes. Thereby she opens a view on history where the private and the political are not only interrelated, but where the participation of the personal stories and the general course of history participate in one another and can be rendered on the same level.

At first glance, this might sound like an impossible task: any of these aspects seems to imply a set of diverging methods and theories to work with. But Passerini’s approach is highly convincing. She even makes the reader think that facing this challenge might be necessary to grasp phenomenona as complex as the relation Love and Europe.

The volume exposes six different stories, organized in three major chapters. The first chapter is dedicated to “Male Portraits” and focuses first on Giorgio Quartara, who not only theorized on Gli Stati Uniti d’Europa e del mondo (The United States of Europe and the World), but also figured as a protagonist of Italian feminism (presenting Italy at the international Peace Conference organized by feminist organisations-and speaking on behalf of the Italian chairwoman) before getting more and more involved into fascism. The second subchapter is dedicated to Leo Ferrero, a nephew of Cesare Lombroso and of Tuscan-Jewish origins, who soon got involved into French Avant-Garde movements and died in a car accident in the US. The love experiences exposed are very much entangled with gender issues, but Passerini elegantly succeeds in approaching this issue in its (historical) depth by telling stories of love and Europe instead of over-theorizing.

The second chapter is dedicated to “Europe’s roots in Love”. Here Passerini on the one hand insightfully traces the history of the Cahires du Sud, an intellectual journal based in Marseilles promoting an eccentric view on Europe and challenging the centralized organs based in Paris. On the other hand she focuses on Denis de Rougemont, author of the famous monograph L’amour et l’Occident, who worked for the Cahiers in a decisive manner. Europe here figures as a decentralized culture defined by its exchanges with the Arab world. Love is described by Rougemont on the verge of troubadouresque traditions and conjugal agape.

The Jewish Europeanism, oscillating between over-assimilation and alterity, is the leading topic of the last and final chapter. Passerini tells the love story of an Italo-German Jewish couple-Giorgiana Levi and Heinz Arian-driven into exile during the nazi-fascist period, while never forgetting their Europeanness. And she concludes her work by an insightful examination of the tradition and reception of the Dybbuk, a work by An-Ski, as a Jewish version of the myth of “Tristan and Isolde”.

As seen from this overview, Passerini, refrains from writing a grand récit. Instead she limits her considerations to how the historic discourses emerge in her micro-histories-and how they are configured in the historic period she focuses on. The common ground for this approach is a specific constellation of love, Passerini brings down to the formula of a “dialectic between desire and the impossibility of fusion between lovers, even if this love is fully reciprocated” (p. 1). But in discussing the reception of such a figuration microscopically rather than tracing its macroscopical tradition, she proves how important it is to focus on the discrepancy between the private and the public, and hence the multitude of co-existing concrete love stories and love histories.

Accordingly, the literary traditions of love are present all-over the book. But Passerini finds a compelling way of describing how these traditions work in her stories. Indeed, for example, much has been said about the tradition of courtly love. The complex issue of Troubadour love has been addressed in manifold ways ranging between understanding it as a social practise of power, an aesthetic practise, a theological dispute about caritas or agape and a more or less heretic practise of sublimation-conceiving of the emotionality of unfulfilled love as a sublimation transcending corporeality. The myth of Tristand and Isolde, Rougemont focuses on and the Dybbuk reconfigures, has been equally productive-especially in the modern period. Many aspects of this European tradition may have influenced modern practises of romantic love as described by Passerini. But it is important to follow her in taking distance from any claim of continuity. And, what is much more important, one does not only have to focus on the historical discontinuity of this productive “conceit” (to use Passerini’s words). One also has to regard the co-present discontinuities fuelled by the concrete love stories.

This approach is especially important for the history of emotions. It means to look at both the constitution and the permanent imminent deconstruction on what one can call “emotional communities”.[3] And it means to have a closer look at love as a threshold phenomenon between the individual and the political, stories and history. Moreover focusing on Love and the idea of Europe means not only to focus on how ideologies about Europeanism and Eurocentric attitudes are related to discourses of love. It rather means to have a closer look on how love itself can also challenge the respective discursive formations and ideologies.

Mediterranean Enlightenment: Livornese Jews, Tuscan Culture, and Eighteenth-Century Reform, Stanford University Press 2014 The Mediterranean port of Livorno was home to one of the most prominent and privileged Jewish enclaves of…