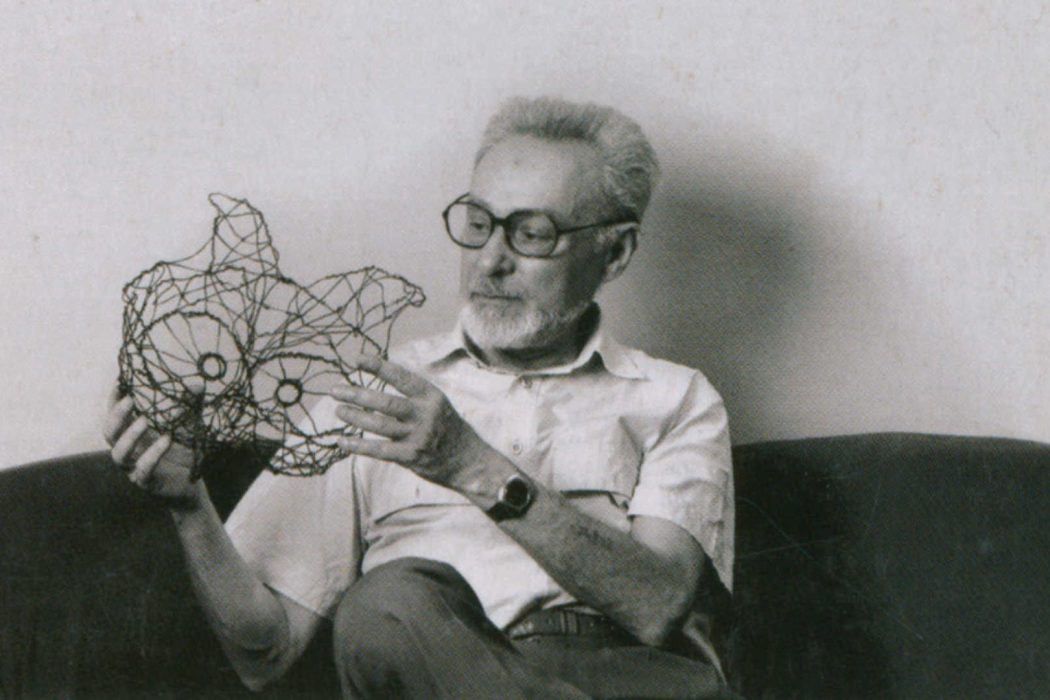 Forthcoming in December 2021, The University of Chicago Press

Over the last seventy years, Primo Levi (1919–87) has been recognized as the foremost literary witness of the extermination of the European Jews. In Primo Levi: An Identikit, a product of twenty years of research, Marco Belpoliti explores Levi’s tormented life, his trajectory as a writer and intellectual, and, above all, his multifaceted and complex oeuvre.

Organized in a mosaic format, this volume devotes a different chapter to each of Levi’s books. In addition to tracing the history of each book’s composition, publication, and literary influences, Belpoliti explores their contents across the many worlds of Primo Levi: from chemistry to anthropology, biology to ethology, space flights to linguistics. If This Is a Man, his initially rejected masterpiece, is also reread with a fresh perspective. We learn of dreams, animals, and travel; of literary writing, comedy, and tragedy; of shame, memory, and the relationship with other writers such as Franz Kafka and Georges Perec, Jean Améry and Varlam Shalamov. Fundamental themes such as Judaism, the camp, and testimony innervate the book, which is complemented with photographs and letters found by the author in hitherto unexplored archives.

The 1970s was a decade of social conflict, during which Italy underwent a prolonged period of political turmoil. There were neo-Fascist bombings, and red Brigade terrorist attacks and kidnappings. Levi’s books were read in this political and historical context.

The first edition of If This is Is a Man came out two years after the end of the second world war, before i was born. I belong to a generation that came across Levi’s books much later, when i was at high school in the 1970s.

A second edition was published in 1958, and from then on, even after the author’s death, it became one of the best-known books ever, read by every Italian school child across the country.

Immediately after the war, the predominant theme of the book was seen as the imprisonment and forced labor of Anti-Fascists, members of the resistance, workers, union leaders, ordinary people, and Italian soldiers who had defected from Mussolini’s Salò Republic supported by Hitler after the Armistice.

The Shoah was not a dominant paradigm between the 1950s and the 1970s. Even though Primo Levi was a Jew, and the testimony he gave in his book was about the Nazi extermination of European Jews, If This Is a Man was held up as a symbol of Anti-Fascist resistance against the Germans and against Italian Fascists who joined the Salò Republic. In the meantime, Levi had published The Truce, which was taken to be a sequel to If This Is a Man, a book of short stories that was largely ignored (Natural Histories), and a second collection of fantasy stories (Flaw of Form) in 1971.

I came across Levi at high school thanks to a teacher who had been deported by the Germans as a young soldier after the September 8, 1943 Armistice because he had refused to sign up with Mussolini’s puppet state. The teacher did not read the book in class; he recommended it to those of us who wanted to find out more about the Nazi concentration camps. “It’s essential reading,” he told us. From that moment on, my parents bought and I read Levi’s work as it came out: The Periodic Table in 1975, The Wrench in 1978. This book in particular was a favorite at home because its subject was work. My parents’ generation had participated in the reconstruction of Italy after the war, and played a part in what was known as the “economic boom.” Like millions of other Italians, they worked tirelessly to rebuild the country and guarantee a future for the generations to come, for their children.

The 1970s was a decade of social conflict, during which Italy underwent a prolonged period of political turmoil. There were neo-Fascist bombings, and red Brigade terrorist attacks and kidnappings. Levi’s books were read in this political and historical context. He was considered to have something to say about fascism, racism, and labor relations. The Jewish question was certainly present, but neither I, nor my school mates saw it as the most important element of his work. At the time, Levi was not deemed a great writer. In the pantheon of Italian literature, Alberto Moravia, Italo Calvino, Pier Paolo Pasolini, Leonardo Sciascia, Elsa Morante, Goffredo Parise, Natalia Ginzburg were all much higher up in the firmament.

My reading of Levi changed in the early 1980s, when Levi published two books which are still little-known today but which were well suited to a cultural climate that contemplated theories of complexity: Other People’s Trades and The Search for Roots. In these works, Levi revealed that he was a more complex author than he had previously been given credit for, far more than a memoirist of Auschwitz atrocities. Furthermore, he had been a professional chemist all his life since returning from the Lager, but in his work, he amalgamated science, technology, linguistics, and foreign literature—to name just a few of the layers.

During the 1990s, after Levi’s death, i tried to reconstruct the path he had followed as a writer. his vast range of interests—from anthropology and ethology, to language games—made him a highly unusual writer in Italy where scientific and literary cultures have traditionally been in eternal conflict. italo Calvino, who had welcomed and accepted Levi as an Einaudi author in 1958, and whose ties to the Turin publisher made him a close reader of Levi’s work, was perhaps the only other Italian writer with similar interests.

In 1996, after publishing a book on Calvino’s visual images with Einaudi, I started work on editing the edition Einaudi was planning of Levi’s Complete Works. That same year, I edited a collection of essays by writers, critics, and researchers—mostly my peers—which presented a new, less traditional interpretation of Levi’s work. In our view, Levi was not only a witness and survivor of the lager experience; he was a full-fledged writer in his own right. Published by Riga Books, the volume influenced a new generation of readers who began to re-discover Levi’s work.

I edited the two-volume edition of the Complete Works in 1997, which comprised, in addition to the better-known novels and short-story collections, a vast array of unpublished or re-published material and a detailed apparatus of notes on the texts. Norton’s 2015 English language edition of the Complete Works of Primo Levi, edited by Ann Goldstein, was based on this. After Levi’s death, Einaudi published several other books of mine, including a travel diary of a road trip through Europe following Levi’s journey in The Truce, which was the basis of a film La Strada di Levi, directed by my travel companion, David Ferrario. Thirty years after Levi’s death, Einaudi asked me to work on a third volume to add to the collection, which included new material, revised and extended notes on the texts for each piece of work, and a wide selection of interviews and conversations, which integrated the partial selection Einaudi had published in 1987. The third volume was entitled: Complete Works III. Conversations, Interviews, and Declarations.

Primo Levi: An Identikit was published by Guanda in 2015. It won The Bridge prize for Italian non-fiction, promoted by the American initiative for Italian Culture in 2017.

The indecipherable mess of human life

Due vite (Two Lives) by Emanuele Trevi is a luminous, beautifully written wisdom book. It was deservedly awarded the 2021 Premio Strega, Italy’s major literary prize, and awaits the foresight of…