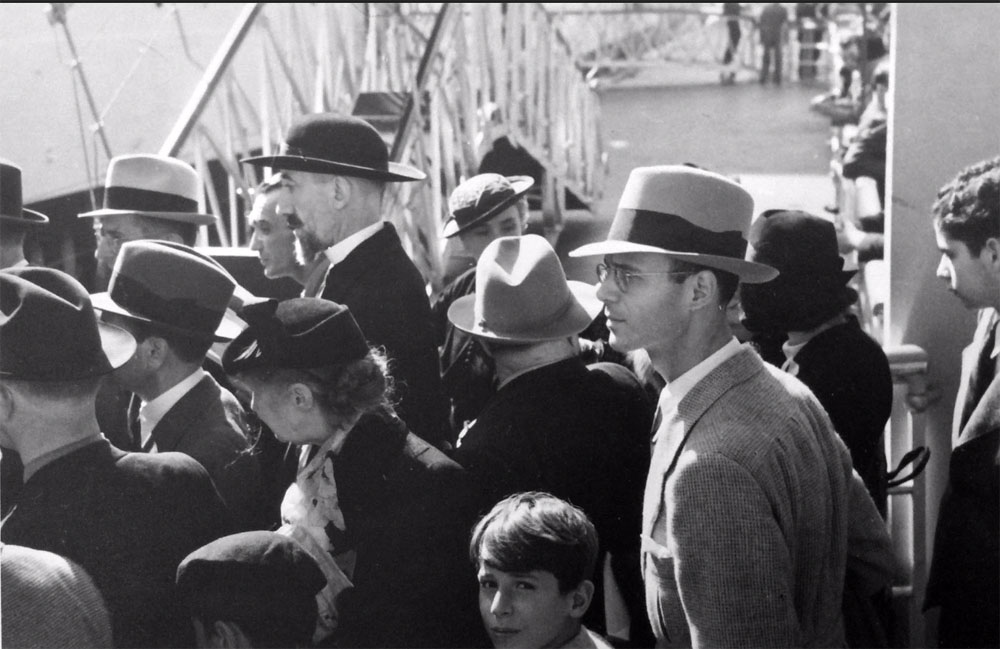 AC: You have vast experience in biographical writing of different types, however writing about oneself is a different enterprise. How did you conceive of this book?

SG: Upon reaching a certain age —I will turn 77 on my next birthday — it is not unusual to feel the need to dig into one’s origins and tell about one’s experiences. My family has had an interesting life, and I, albeit in much less dramatic circumstances, as well. With this book, I tried to write a sort of choral autobiography aimed at my children and hopefully a broader audience. My horizon was our controversial relationship with Judaism. I’ve been thinking about it for years and taking notes. The writing was not so difficult; indeed, I had fun, and I hope readers will perceive this.

AC: It is rather common for individuals who have led a secular life, at a certain point, to find within themselves a curiosity to explore or reconsider their relationship to Judaism (or, more in general, for their religion of origin). Your book describes a complex set of circumstances and feelings. These cannot be considered either as a movement toward nor away from Judaism. Perhaps you can begin by explaining what the title, Reluctant Jews refer to exactly.

SG: I have followed the evolution of the relationship with Judaism over two generations: that of my parents (my father was Sephardic, and my mother, Ashkenazi) and my own. These were all increasingly secularized Jews (this I mean by reluctant.) From my parents’ secularism (and to varying degrees that of their brothers or sisters), I arrived essentially to my form of detachment from Judaism: I am not a practicing Jew, not a member of the local Community, I married out, as did my four cousins. All of the above, without denying anything and even maintaining a keen interest in our culture and our traditions. The only one in my immediate family who kept a bond with the Jewish community, was my Viennese mother, who had lost both parents in the Shoah. After the war she became very active in the Italian section of the World Zionist Women’s Organization (ADEI-WIZO).

AC: Only a very small percentage of Italian Jews, fleeing Mussolini’s Racial Laws, managed to reach America. Of those, about 200 families were allowed into the US, while a slightly smaller amount went to South America, mostly to Brazil. Your father was sent by Banca Commerciale Italiana, to a subsidiary in Peru where you were born. How, if at all, do you think that growing up at the far away margins of the Western World impacted your later life?

SG: This is a complex question. My father was very fortunate because the bank he worked for as Senior Economist, sent him to Peru in ’38 with the same role in a subsidiary local bank. He had a ten-year exile, a golden one, in a country where he revolutionized the horizon of his studies, writing what have become “classic” books in the field of American Studies, and have been translated into various languages. As far as I am concerned, Peru has become a kind of ideal second home (next year in Lima, I said half-jokingly). I went back only once after 60 years: it was a moving experience, through which, among other things, I realized that the memory of my father still lives on vividly in Peru.

AC: Your father and his two brothers, Claudio and Giuliano (who moved to the US) at the time of their emigration were young men, already had professional goals, and perhaps at the ideal time in their lives to “make the best” of what the experience of exile could offer. Could you briefly describe and contrast the different experiences of the three brothers?

SG: The fate of the two brothers, who emigrated to the United States (and married with two Ashkenazi women, one American and one German), was not as easy. While in Italy, they were both well launched in their professional paths, one as a sports journalist and the other as a medical doctor. Their  careers were turned upside down, and they recovered with great difficulty. The doctor did well for himself: although he had to give up his university career, he became an appreciated family doctor in New York. The journalist, who returned to Italy in the 1950s, fared less well and was forced to accept less-rewarding jobs than his beginnings had foreshadowed.

AC: Your book was well-received in Italy, major papers reviewed it at length, but I am curious about the reactions of two very special readers: your son and your daughter…

SG: I think the book was liked because it is heterodox, telling a gradual and non-traumatic departure from Judaism, rather than a rediscovery, as often happens to my co-religionists at a certain age. It is difficult to find a Jew who feels Peru to be his homeland, instead of Israel. As for my two children, they both live in Milan: my daughter, who is 35 and a professional dancer, is engaged to a non-Jew, while my son is a mathematical engineer of 32. They read the book with interest, but their connection with Judaism is even more tenuous than mine. Of all the family sayings, only the word mitzvah has survived with them. On the other hand — it may seem strange — both of them are eager to participate in the Passover Seder, organized every year by my cousin in honor of her father, the journalist, who was the only one in the family to maintain a fairly close relationship with the Jewish tradition.