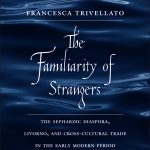 Francesca Trivellato
Professor Trivellato specializes in the social and economic history of Italy, continental Europe and the Mediterranean in the early modern period. She is the author of a book on Venetian glass manufacturing (Fondamenta dei Vetrai: Lavoro, tecnologia e mercato a Venezia tra Sei e Settecento, Rome: Donzelli, 2000). She has also published several essays on craft guilds, women’s work, and merchant networks. She received her BA from the University of Venice, Italy (1995), a PhD in economic and social history from the Luigi Bocconi University in Milan (1999) and a PhD in history from Brown University (2004). She has been recently awarded fellowships by the American Council of Learned Societies and the Radcliffe Institute for Advanced Study at Harvard University.

Taking a new approach to the study of cross-cultural trade, this book blends archival research with historical narrative and economic analysis to understand how the Sephardic Jews of Livorno, Tuscany, traded in regions near and far in the seventeenth and eighteenth centuries. Francesca Trivellato tests assumptions about ethnic and religious trading diasporas and networks of exchange and trust. Her extensive research in international archives—including a vast cache of merchants’ letters written between 1704 and 1746—reveals a more nuanced view of the business relations between Jews and non-Jews across the Mediterranean, Atlantic Europe, and the Indian Ocean than ever before.

The book argues that cross-cultural trade was predicated on and generated familiarity among strangers, but could coexist easily with religious prejudice. It analyzes instances in which business cooperation among coreligionists and between strangers relied on language, customary norms, and social networks more than the progressive rise of state and legal institutions.

Mercurians in Italy
In a provocative recent book, The Jewish Century (2004), Yuri Slezkine suggested that the Jews represent the classical example of what he calls “service nomads.” In a world that he divided into “Apollonians”–the sedentary, agricultural or pastoral majorities–and “Mercurians”–mobile, entrepreneurial minorities–the Jews emerged as the quintessential Mercurians, and to the degree that modernity saw the rise of Mercurians and the decline of Apollonians everywhere, the modern age became the “Jewish” age. Exploring the pivotal role of minorities and strangers in all activities shunned by the Apollonians, including trade and commerce, Slezkine argued that nothing had been unusual about the economic and social role of the Jews in medieval and early modern Europe and points to numerous other examples, from Humli-Khyampa of western Nepal to the overseas Chinese diaspora or the Lebanese in contemporary Latin America.

What is odd, though, about his wide-ranging account of Mercurian service nomads and the Jews as their universal symbol is the fact that he does not once mention the arguably best example of Jewish “service nomadism” in the early modern world: the far-flung Diaspora of Sephardic Jews, conversos, and crypto-Jews and their Mercurian role as intermediaries between the Islamic world of the Ottoman East, the Catholic world of Iberia and the Spanish and Portuguese empires, and the Protestant world of the northern Atlantic.[1]

Slezkine argues that service nomads “combined renewable ethnicity with a dangerous occupation,” linking the economic role of Jews and other Mercurians to their ethnic identity.[2] Even more explicitly, Slezkine suggests, “service nomads tend to possess a greater degree of kin solidarity and internal cohesion than their settled neighbors.

This is true of most nomads, but especially the mercurial kind, who have few other resources and no other enforcement mechanisms.”[3]

For Trivellato, this example reveals a trend among historians, who “assume that blood ties and putative likeness (a shared religious or ethnic identity or other allegiances that were perceived to be natural) forged bonds of trust that gave trading diasporas significant competitive advantages” (pp. 3-4). Instead of such essentializing “conflation of ‘trust’ and ‘diaspora'” (p. 11), she suggests that we “examine the creative combination of group discipline, contractual obligations, customary norms, political protection, and discursive conventions” (p. 16) in order to understand the formation and maintenance of long-term and long-distance trading relations and bonds of trust, both within an ethnic group such as the Sephardic-Portuguese “nation” of the early modern period as well as across cultural boundaries.

The example that Trivellato explores in her book is a trading network in the eighteenth century based in the Italian port city of Livorno, focusing on the business partnership of the Ergas and Silvera families with its wide-ranging network of business associates from Livorno to Aleppo, and from Lisbon to Goa.

Using a wide range of sources–the extensive business correspondence of the Ergas and Silvera partnership, eighteenth-century business and letter-writing manuals, archival resources from Italy and beyond–Trivellato is able to challenge a number of assumptions about economic history, the nature of intercultural trade, and the texture of the Sephardic Diaspora.

She demonstrates convincingly that Sephardic merchants in Livorno were able to forge cross-cultural trade relations with Italian Christian merchants residing in Lisbon and with Hindu merchants in Goa while also relying on strategies of marriage and kinship ties in their trading relations with Aleppo. What is more, intragroup relations of exchange and trust were not built on some inherent solidarity among kin or members of the same ethnic-religious group and could never be taken for granted.

At the same time, while long-lasting ties of exchange and trust could be established across ethnic or religious boundaries, the result was by no means the dissolution of such cultural dividing lines, and economic cooperation could coexist with enduring cultural prejudice.

As a result, Trivellato challenges a common approach among economic historians who have often seen kinship-based trading diasporas as built on “natural” bonds of trust, but also as of necessity narrow and limited, while they have interpreted examples of cross-cultural trade as a stage in the progressive emergence of increasingly impersonal markets.

In reality, though, as Trivellato’s study suggests, both kinship and cross-cultural trading relations were ultimately based on a similar foundation–the exchange of information about the reputation and performance of trading partners–which ensured the establishment of relations of trust over long distances and long periods of time.

The “communitarian cosmopolitanism,” as Trivellato calls it–that is, cross-cultural cooperation in the interest of business at the same time as ethnic and religious boundaries persist–also allows for a new appreciation of the unique environment provided by the eighteenth-century Tuscan port city of Livorno.

Livorno was home to the largest Jewish community in eighteenth-century Italy and, together with Amsterdam, one of the two largest Sephardic communities in western Europe. It was also rather unique, thanks to the privileges enjoyed by the Jews of the “Portuguese nation” who began to settle in Livorno once the Medici issued the livornine charters of 1591 and 1593, a scarcely veiled invitation to former conversos–Jews who had been converted to Catholicism in Spain and Portugal–who were to enjoy protection from the Inquisition if they chose to settle as bona fide Jews in Livorno. While Jewish communities elsewhere in Italy, including in Tuscany, were relegated to walled-in ghettos, no such separate Jewish quarter was ever established in Livorno. The privileges of the Jewish “nation” in Livorno went so far that when the oligarchic Jewish leadership, the massari, granted admission into the community to newcomers, their decision automatically conferred Tuscan citizenship.

The efforts of the Medici were extraordinarily successful: Livorno attracted a significant number of Jewish immigrants–Jews from other regions of Italy, North Africa, and the Ottoman Balkans joined the Portuguese Sephardim, though the latter retained their leading role in the community into the eighteenth century–and the city continued to be one of the busiest ports of the Mediterranean throughout the eighteenth century.

Despite the thriving trade linking Livorno to places throughout the Mediterranean basin and beyond and notwithstanding the politics of religious toleration that proved one of the foundations for the economic success of the city, Livorno remained a society segregated along religious lines.

The diverse character of Livornese society and the cosmopolitan language of international business should not be confused, Francesca Trivellato argues, with cross-cultural tolerance and assimilation. Leading Portuguese Sephardic merchants, for example, enthusiastically “absorbed and displayed exterior markers of Christian gentility,” yet their efforts “remained first and foremost a symbolic contest within their own nation,” not a sign of intercultural rapprochement and outward assimilation (p. 84).

Familiarity of Strangers is a thorough and detailed study of the trading network established by the Ergas and Silvera partnership in Livorno, situating it in its Livornese, Sephardic, and Mediterranean contexts. Trivellato explores the functioning of the general partnership–which had “no expiration date” and whose participants all had “mutual agency with full liability” (p. 132)–that was the basis of western Sephardic trading networks.

She pays close attention to the strategic use of marriage, for example, which was employed to forge business alliances, to raise capital, and to preserve capital within the family.

Consanguineous marriage, combined with large dowries and a supplement worth 50 percent of the dowry paid by the groom’s family, both of which were shielded from creditors in the case of bankruptcy or death of the husband, contributed to the formation of business partnerships and ensured the transfer of capital from one generation to the next (chapter 5). In another chapter, Trivellato discusses the interaction between state power and trading diasporas, from the Medici politics that established the thriving port of Livorno to the protection of Livornese Jewish merchants in Ottoman cities–first and foremost in Aleppo–by the French, notably at a time when the port of Marseilles was still closed to all foreigners and non-Catholic minorities (chapter 4).

In chapter 6, Trivellato analyzes legal and social foundations of business partnerships and the exchange of information in commercial networks. She emphasizes the importance of business correspondence, shared mercantile customary norms that emerged in medieval and early modern Europe and the Mediterranean, and relations of mutual trust ensured by group discipline and the exchange of information about the reputation of individual merchants over the recourse to courts and written contracts.

Chapter 7 offers a closer look at the etiquette of merchant letters, one of the cornerstones of a successful business partnership, and chapter 8 traces the complex trading network of the Ergas and Silvera partnership, from Aleppo to Genoa, from London to Marseilles, and from Lisbon to Goa. The latter two were locales in a long-lasting business partnership that linked Ergas and Silvera to Christian Italian merchants in Lisbon and to Hindu merchants in Goa as they traded in Mediterranean coral and Indian diamonds (chapter 9).

Chapter 10, finally, presents what came to be known as the “big diamond affair,” a business transaction that began with Elijah Silvera, the head of the partnership in Aleppo, buying a sixty-carat diamond from a Persian Jew in 1737 and which eventually led, when it proved impossible to sell the diamond, to the bankruptcy of the Ergas and Silvera trading house in Livorno.

Francesca Trivellato’s Familiarity of Strangers is one of the most important books that have been published on early modern Jewish history–in particular economic history and the history of the Sephardic Diaspora–in recent years. It is a remarkable example of a close and detailed study of a particular business partnership on the micro-level, the Ergas and Silvera partnership of Livorno, that is developed into a sweeping, sophisticated, and compelling analysis of the role of western Sephardic Jews in early modern cross-cultural trading networks more generally. It should be of great interest to economic historians of the early modern period as much as to scholars of Jewish history.

Notes
[1]. The most comprehensive account of this far-flung early modern Sephardic Diaspora can be found in Jonathan Israel, Diasporas within a Diaspora: Jews, Crypto-Jews, and the World of Maritime Empires 1540-1740 (Leiden: Brill, 2002).