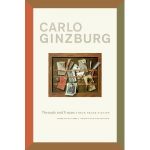 Carlo Ginzburg
Carlo Ginzburg (born April 15, 1939) is a noted historian and proponent of the field of microhistory. He is best known for his Il formaggio e i vermi (1976, English title: The Cheese and the Worms: The Cosmos of a Sixteenth Century Miller) which examined the beliefs of an Italian heretic, Menocchio, from Montereale Valcellina. In 1966, he first published The Night Battles, an examination of the benandanti visionary folk tradition found in 16th century Friuli. He returned to looking at the visionary traditions of Early Modern Europe for his 1989 book Ecstasies: Deciphering the Witches’ Sabbath. The son of Natalia Ginzburg and Leone Ginzburg, he was born in 1939 in Turin, Italy. He received a PhD from the University of Pisa in 1961. He has subsequently held teaching positions at the University of Bologna and at the University of California, Los Angeles (1988–2006); currently he teaches at the Scuola Normale Superiore di Pisa. His fields of interest range from the Italian Renaissance to early modern European history, with contributions to art history, literary studies, and the theory of historiography. In 1979, Ginzburg formally requested that the recently elected Pope John Paul II open the Inquisition Archives. Whilst the immediate response of those in the Vatican to his request has not come to light yet, by 1991 a limited group of scholars were already allowed access to review the material in the archives. In January 1998 the archives were formally opened to “qualified researchers.” Cardinal Ratzinger (who later became Pope Benedict XVI) credited Ginzburg, and his 1979 letter, as having been instrumental in the Vatican’s decision to open these archives. In The Night Battles and Ecstasies, he traced a complex path from certain European witch persecutions to the Benandanti to a wide variety of practices which he describes as evidence of a substrate of shamanic cults in Europe. His 1999 work, The Judge and the Historian, sought to expose injustice in the trial of Adriano Sofri, but failed to win a new trial. His book was not only about Sofri, but was also a general reflection on the scientific methods used by a historian, and their similarity to the work of a judge, who also has to correlate testimonies with material evidence in order to deduce what really happened. Thus, he explains how the judicial model of early historiography made it focus on easily verifiable facts, resulting in studies that centered on individuals or on what Lucien Febvre and Marc Bloch called in the Annales d’histoire économique et sociale an “evenemential history.”

Carlo Ginzburg’s brilliant and timely new essay collection takes a bold stand against naive positivism and allegedly sophisticated neo-skepticism. It looks deeply into questions raised by decades of post-structuralism: What constitutes historical truth? How do we draw a boundary between truth and fiction? What is the relationship between history and memory? How do we grapple with the historical conventions that inform, in different ways, all written documents? In his answers, Ginzburg peels away layers of subsequent readings and interpretations that envelop every text to make a larger argument about history and fiction. Interwoven with compelling autobiographical references, Threads and Traces bears moving witness to Ginzburg’s life as a European Jew, the abiding strength of his scholarship, and his deep engagement with the historian’s craft.

In the Society of Fascists

Roberta Pergher, Giulia Albanese (Editors), In the Society of Fascists: Acclamation, Acquiescence, and Agency in Mussolini’s Italy, Palgrave Macmillan, 2012 It has been a commonplace in…