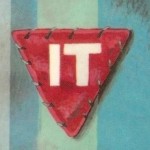 Giovanni Contini Bonaccossi (Viterbi lecture. Center for Jewish Studies, UCLA)
Giovanni Contini Bonacossi has been Director of Audiovisual Archives at the Superintendence for Tuscan archives since 1984. He was Professor of History of Contemporary Italy at the University of Rome La Sapienza from 2005 to 2008. He also taught archival science from 2008 to 2012. A graduate of the University of Florence, Contini Bonaccossi is a former Research Fellow of King’s College Cambridge. He was visiting professor at the Tokyo University (Komaba) in 2002 and Regents fellow of UCLA in 2006.What follows is a slightly revised version of a lecture he gave last May at the Viterbi Program in Mediterranean Jewish Studies under the auspices of the UCLA Center for Jewish Studies. Contini Bonaccossi has been studying psychologist Andrea Devoto’s oral archive, and is currently working on a book using that archive as a basis for the examination the Shoah experience and its long term effects.

Andrea Devoto (1927-1994) was an Italian psychologist, a professor of Social Psychology and the director of the Ospedale Psichiatrico in Maggiano (Lucca) and the Ospedale Psichiatrico San Salvi in Florence.
At the end of World War II Devoto, then in his late teens and working as a volunteer, took part in the reconstruction of cities across Central and Eastern Europe, during which time he became deeply interested in the history of the concentration camps, particularly from a psychological perspective.
He would subsequently publish the important Bibliography of Nazi Oppression, (1964), write many essays on the camps, and – together with Massimo Martini – La Violenza nei Lager, (1981) and, four years later, Human Behavior in Extreme Conditions: the Social Psychologist and the Nazi Lager.
In 1986, Devoto decided to do a series of interviews with Tuscan survivors of the deportation to the Nazi KL (Konzentrationslager – concentration camps) which he modeled on interviews conducted in Piedmont earlier by a team led by Primo Levi.
Like Levi, Devoto organized several study sessions with his team, who would read the copious literature on what was then called the Holocaust. At the end of 1987 he had his first meetings with the survivors, and the interviews were completed by mid-1989.
What he found was the profound psychological and physical consequences of their detention – decades after the liberation – not only continued to exert considerable psychological damage and a wide range of health problems, but that in many instances had resulted in premature deaths.  Devoto writes that at the end of the 1980s, of the approximately 559 survivors from Tuscany who came home in 1945, only 105 were still alive, and of those only 70 were available for an interview. The rest were either incapable of participating due to mental illness, or were otherwise unwilling to recall the memories of their death camp experiences.  In the end, the actual number of people interviewed was 69: 60 “political” prisoners and 9 Jews.
In Tuscany, the total number of deportees was 1821:  857 Jews and 964 political deportees. The percentage survival rate was, according to ANED (the National Association of ex-Deportees), 30% for the so-called political prisoners and 9% for the Jews. In fact, recent research shows that the percentage of “political” deportees who managed to survive was even higher, up to 50%. Since only 9% of the Jews managed to come back, the number of Jews and non-Jews interviewed by Devoto coincides, percentage-wise, with the number of those who survived -: 482 “politicals” and 77 Jews, respectively 85% and 15% of the total.
When the research was completed, all tapes and transcripts were given to ANED. The resulting 2400 pages of interview transcripts were both informative and moving, but resulted in only one book, La speranza tradita (Hope Betrayed – a very odd title), published in 1992. The author of the text made a decision not to appear in the interviews, choosing instead to break it down into a series of themes (‘Before the Arrest’ ‘Arrival in the Camps’, ‘Starvation’, ‘Liberation’, ‘Back in Italy’, etc.), using selected relevant interview fragments to fill them out.
Evidently, only a small part of the information contained in the interviews was used and, more importantly, the chance to identify individual witnesses and stories was lost.
Subsequently, the interviews ceased being used, mainly due to the death of Devoto in 1994. ANED did, however, manage to bring out several reissues of La speranza tradita, over the next few years.
Ten years later when the Shoah Foundation conducted its interviews in Tuscany, only one of the 65 survivors interviewed by Devoto was interviewed again. His name was Isacco Bayona, a Jew from Livorno. This happened because the Foundation project was not interested in non-Jewish deportees, because some of the Jews interviewed by Devoto were now deceased, and because the persons interviewed by the Shoah Foundation had to volunteer, while Devoto had obtained the names of the survivors from ANED who had put some pressure on them to grant the interviews. The survivors had joined ANED mostly for practical reasons (i.e. to obtain the status and benefits of a “deportee”). But they were reluctant to share their experiences, and probably would have chosen not to be interviewed had it not been for the pressure to comply with ANED. One of them, in fact, still refused to be interviewed.
This is a very important point, for it explains in part why the witnesses interviewed by Devoto were so different from those interviewed by the Shoah Foundation. The latter, all volunteers, delivered interviews that were intended to convey a message of hope to new generations, in spite of the horrors suffered. Conversely, those survivors interviewed by Devoto could, for the most part, find nothing positive in the terrible experience they suffered. Most of the survivors interviewed by Devoto, discouraged by the experience of the decades-long disinterest of friends and family in their stories, had been reluctant to participate. And in the late 1980s the survivors clearly still did not sense the significance of their testimony nor were they aware of the potential interest in it. While many survivors died soon after giving the interviews, those who lived on into the 1990s became very active in their efforts to relate their experience. Times had changed and now they could feel the importance of their stories.

Conference: Beyond Camps and Forced Labor Beyond camps and forced labour: current international research on survivors of Nazi persecution Fifth international multidisciplinary conference, to be held at Imperial War Museum…