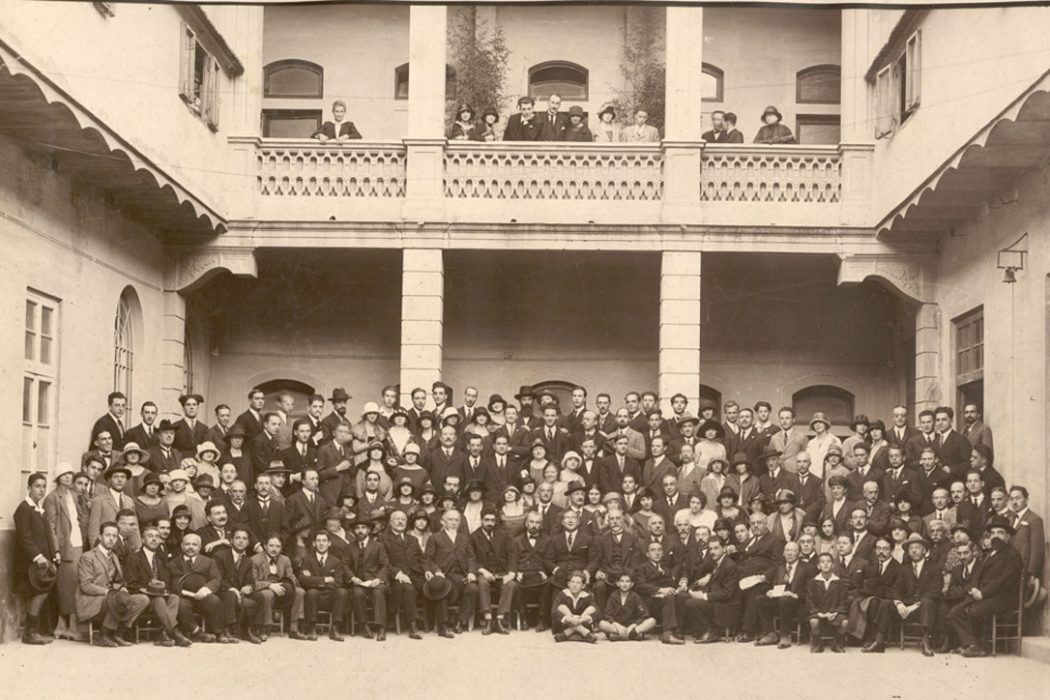 The Seminar examines the place of Jews in the liberal political culture of Europe and the United States of America from the first period of emancipation to the birth of the State of Israel and the postwar struggles for human rights in which Jewish activists played a prominent role.  In particular, the Seminar will explore the tension between the key role of Jews in constituting liberal political culture in a wide variety of contexts, and the limits and constraints imposed on Jewish political activity by the rise of modern Anti-Semitism, including their tragic climax in the Holocaust seen especially through Jewish reactions to persecutions.

This broad focus will enable us to illuminate three key issues: (1) the scale and significance of Jewish engagement in liberal political culture, including parliamentary and municipal politics, the press, the public sphere, salons and associational life, intellectual and political circles. (2) the politics of Jewish assimilation and dissimilation that was central to liberal political culture, including efforts and projects of nationalisation, integration and empire, and of secularism, religious reform, and conversion, as well as attempts at the re-interpretation of Jewish identity in the private and public sphere. (3) all forms of hostility, prejudice, stereotype or organized anti-Jewish activity that gave rise to and shaped the ‘Jewish question’, especially insofar as they affected the role and action of Jews in the sphere of liberal politics.

These three issues will be examined through different local, national, and international case-studies, and through an engagement with prominent individuals such as Rahel Varnhagen, Johann Jacoby, Adolphe Crémieux, Fanny Lewald, Benjamin Disraeli, the Reinach brothers, Theodor Herzl, Rudolf Mosse, Luigi Luzzatti, Raphael Lemkin, Hannah Arendt, and Isaiah Berlin.  The seminar consequently intertwines analysis of collective and individual experiences and practices, working closely on sources not only at the level of the history of ideas and culture, but also by deploying new approaches from gender studies and the history of emotions.

In particular, the Seminar will provide an opportunity to integrate established historiographical concerns like liberalism, emancipation, Anti-Semitism that have traditionally been studied in national and local contexts, with the new perspectives opened-up by trans-national history and the imperial turn.  The Seminar therefore looks beyond national frameworks, emphasising the unique quality of specific local milieux (including Oxford itself), the role of Jews in translating and exporting liberal ideas and practices between different contexts and cultures, and the importance of transnational and, increasingly, trans-Atlantic liberal and Jewish networks in coordinating Jewish responses to anti-Jewish atrocities: from the Damascus and Mortara Affairs through the pogroms, to the humanitarian disasters on the Eastern Front during World War One and, eventually, the Holocaust.

Weekly seminars will be convened through the duration of two Oxford terms: 9 October to 3 December 2016, and 15 January to 11 March 2017.  These will offer a forum for the fellows to address central research topics related to the overall theme of the Seminar.  The concluding conference will be held on 13 and 14 March 2017.

Visiting Fellows will receive an allowance of £2,515 (pro rata) per calendar month for the period of their tenure.  Travelling expenses up to £550 pounds sterling will also be provided, and Fellows will be provided with a college association during their time at Oxford.  Applications by senior scholars, and by scholars at postdoctoral and advanced doctoral level, are welcome.

Each year, the Primo Levi Forum connects scholars and practitioners from the many fields of the humanities and sciences that defined Levi’s intellectual horizon. What continues to emerge is the…