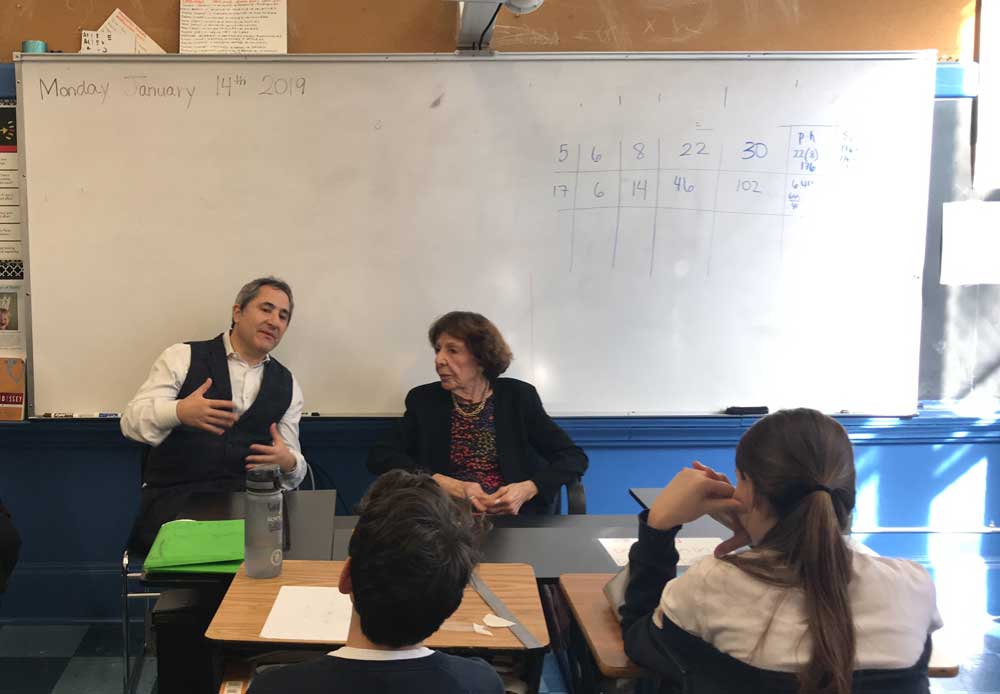 The long collaboration between Centro Primo Levi and La Scuola D’Italia continues this year with an exhibit on The Racial Laws and the  Persecution of the Jews (curated by CDEC) on display from January 25 at the 96 Street building, and the students’ participation to the reading of the names of the Jews Deported from Italy and Italian territories, on January 28. In addition, Mr. Zordan, the theater teacher will produce a short video with his students that will address racial discrimination and bullying. In preparation for the shooting on the video we were invited to the school. 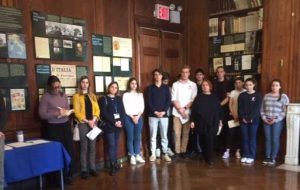 On a cold January morning, Stella Levi took a seat in front of the Eight Grade of La Scuola D’Italia Guglielmo Marconi on East 67th. She recalled vividly— as if it had happened yesterday— the fall of 1938, when she because of the Racial Laws, as a Jewish girl of 15, she was forced out of the Italian public school on the Island of Rhodes. She described this offense, against which there was no recourse, as indelible, and with long-lasting consequences.  Prodded along by a number of insightful questions from the class, Stella Levi, proceeded to recount the difficult years were schooling and dignity had been stripped from Jews, followed by the unimaginable: the deportation of the Jewish community of Rhodes, by ship and then train, all the way to Auschwitz.

Massimo Zordan, the class’s teacher, summed up “It is really a profound message that Mrs. Levi has given to the students; I was impressed by the delicacy and tact with which they asked the questions. We will all remember this day.”