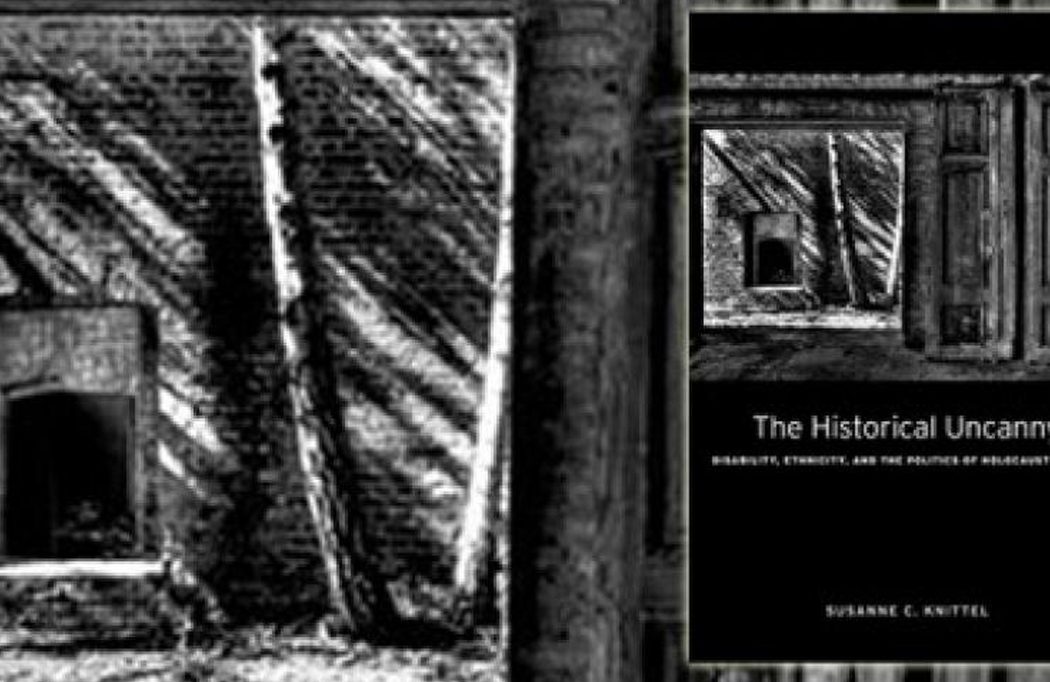 Vicarious Witnessing at the Boundaries of Holocaust Memory

The Historical Uncanny: Disability, Ethnicity, and the Politics of Holocaust Memory is an ambitious work, offering nuanced and insightful studies of lesser-known memorials and several significant methodological contributions to the study of Holocaust memory. Susanne C. Knittel analyzes two asymmetrical sites of memory: Grafeneck, Germany, a killing center for the Nazi euthanasia program in 1940; and the Risiera di San Sabba in Trieste, Italy, a Nazi-Fascist extermination camp whose victims in 1943-45 included “Yugoslav partisans, Jews, and Italian anti-Fascists” (p. 12). Knittel’s personal experience growing up near Grafeneck led her to questions of Holocaust memory at a site intertwined with pleasant memories of childhood. The relocation of the perpetrators from Grafeneck to Trieste along with their methods and ideology inspires Knittel to “resituate the Holocaust within a trajectory of persecution and extermination that begins with the international eugenics movement, which after all also informed Fascism, and leads to the ethnic conflicts that consumed the region around Trieste at the end of the war and in the transition period that ultimately became the Cold War” (p. 182).

The Historical Uncanny is organized around the two sites of memory with three chapters dedicated to Grafeneck, its memorials, and literature, and three chapters analyzing Risiera, its competing memorials, popular representations of Fascism in Italian film, and literature that interrogates the official, hegemonic memory culture of Trieste. The two sections are bridged by a chapter following the perpetrators who participated in the murder programs at both sites. Knittel labels each site of memory as uncanny because “it unexpectedly extends into the present, forcing a person or group to reevaluate their understanding of who they are and where they come from” (p. 10). This review examines Knittel’s contributions to the study of memory specific to each site and then discusses her contributions to Holocaust and memory studies more broadly.

Knittel presents several striking reasons why the euthanasia program poses a challenge to Holocaust memory: while a strong principle within memory studies is to privilege the voices of victims, there were almost no survivors of the euthanasia murder program. Furthermore, mentally ill men, women, and children were singled out because they were incapable of being heard within societal norms; the records that remain are almost exclusively those of the perpetrators; and the victims of euthanasia have “no community of memory and no interest group to promote it” (p. 23). Knittel also identifies legal, academic, and cultural reasons that the euthanasia program remains marginalized within Holocaust history and memory. Her attempt to break the silence begins with a description of Grafeneck as an uncanny site of memory. In 1940, more than ten thousand people were murdered there; today about one hundred people with disabilities and mental illnesses live there, and more than twenty-five thousand people visit the memorial site each year. “Grafeneck is a place where the past is always present,” writes Knittel, and is, therefore, “inherently uncanny” (pp. 35-36). In her exploration of this memory site, Knittel makes an eloquent case for “productive” representations in memorials—such as The Monument of the Gray Buses (two concrete buses created by the artists Horst Hoheisel and Andreas Knitz, a permanent one in Berlin and a transportable one that started in Ravensberg and moved along various stations to Grafeneck) and Stolpersteine (Stumbling Blocks, small square stones designed by Guenther Demnig and inserted into pavement around Germany to memorialize individual victims)—and literature that are inherently multidirectional and require engaged participation in the present.

Whereas German memory culture may include history of perpetrators as differentiated individuals, Knittel argues that Italian memory culture remains focused on constructing an imagined unified memory of Italian victimhood with auto-exculpatory representations of the past. At Risiera perpetrators are “abstract icons of Nazi evil” (p. 163). Risiera is a site to mourn Italian victims of Nazi genocide without attention to either Italian Fascist culpability or the ethnic diversity of the victims. The site is deliberately overshadowed by a second memorial in Trieste, the Foibe, which commemorates a “series of mass killings carried out by Yugoslav partisans in 1943 and 1945” (p. 177). The politics of memory is on display as the number of victims estimated by historians ranges from 1,500 to 2,000 while public discourse places the number at 10,000 or 30,000. Knittel vehemently critiques popular representations of Fascism on stage and screen that construct a zero-sum memory discourse “founded on a rhetoric of victimhood and mourning, which privileges emotional engagement over critical reflection” and concludes her analysis of this site by presenting three ethnic minority authors whose literature “engenders a sense of the uncanny through its refusal to resolve the tensions between past and present, reality and artifice, self and other” (pp. 217-218, 252).

In addition to specific insights into the euthanasia program and Italian Fascism, Knittel makes four significant contributions to the study of Holocaust memory. Indebted to the work of Pierre Nora, Knittel offers an expanded understanding of a site of memory to include “not only the specific geographic location of a historical event but also the assemblage of cultural artifacts and discourses that accumulate around a given event or memory over time” (p. 7). Michael Rothberg’s influential work Multidirectional Memory: Remembering the Holocaust in the Age of Decolonization (2009) also drives Knittel’s analysis as she turns it inward to highlight the internal multidirectionality of the two sites of her study. “Diffraction,” a term borrowed from the natural sciences, assists in her conceptualization of the internal multidirectionality of these multifaceted memory sites as an expansive “decentered network of mutual influence and interference” (p. 25). These theoretical concepts undergird her rich readings of the complexity of memory sites. Third, Knittel aligns herself with Primo Levi and Hannah Arendt and argues that “never again” requires understanding the individual ordinariness of the perpetrators as well as the social, political, and cultural conditions that made murder acceptable public policy (p. 141). Knittel is passionate on this point: As the burden of memory work increasingly shifts from mourning to pedagogy, “it is time to engage with the questions of the perpetrators in a meaningful way. By investigating the forces and mechanisms that undermined democracy in Germany and Italy, visitors may discover that many of those forces still threaten our own society today” (p. 168).

Our increasing temporal distance from the Holocaust also informs Knittel’s fourth conceptual contribution, “vicarious witnessing,” an activity and subject position that “does not seek to appropriate the experience or the trauma of another or to speak for the other but rather to create a space in which the silenced other may speak” (p. 131), a task Knittel tackles on behalf of euthanasia victims in her multiple chapters on “bridging the silence.” Knittel convincingly argues for separating memory from witnessing and advocates for an “elective” rather than generational model of witnessing (p. 113). As she expands the scope of Holocaust and memory studies, Knittel’s text produces a sense of “empathic unsettlement,” a concept Dominick LaCapra develops in Writing History, Writing Trauma (2001), and which Knittel describes as “a rigorous and unflinching commitment to preserving the sense of discomfort and precarity in the encounter with historical atrocities and to resisting the urge to assimilate the Other into a safe and familiar narrative. In short, empathic unsettlement is the feeling of the historical uncanny” (p. 90). Knittel’s careful and passionate investigation of this complex of memory sites, especially her critical questions about our present affinities to the perpetrators’ views of disability, and her contributions to Holocaust and memory studies, make The Historical Uncanny an important read for anyone interested in the future of Holocaust memory.

The Holocaust and the Book

Jonathan Rose, The Holocaust and the Book, Univ. of Massachusetts Press, 2008 Between 1933 and 1945, Nazi Germany systematically destroyed an estimated 100 million books throughout…