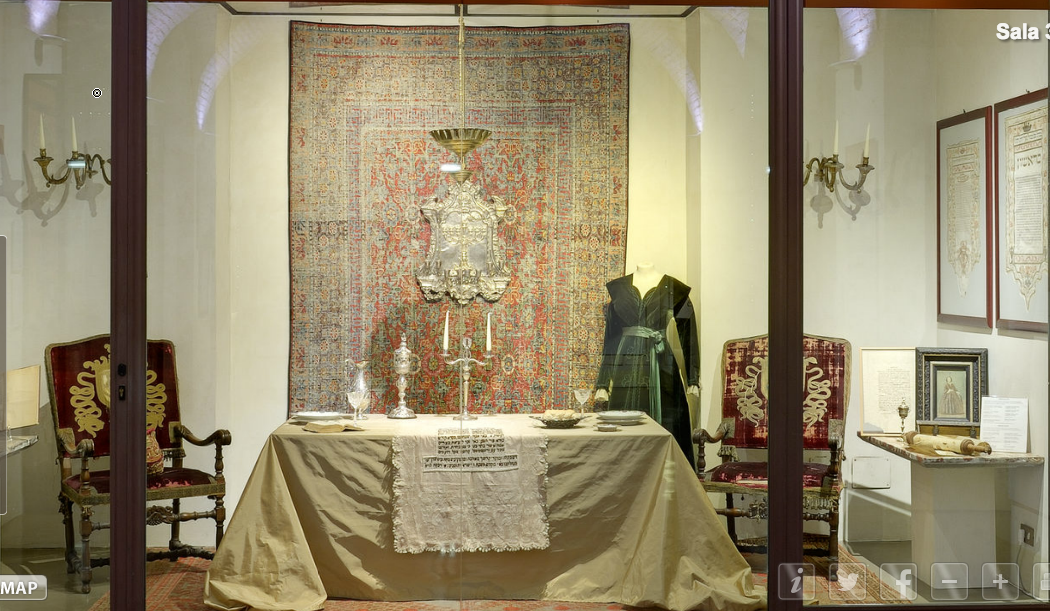 A Virtual Tour of the Jewish Museum of Rome

The newly designed portal of the Union of the Italian Jewish Communities (www.ucei.net) offers access to different sectors of communal institutions as well as to cultural treasures. Among them the virtual tour of the Jewish Museum of Rome (link).

The Jewish Museum of Rome, located in the monumental building  of the Great Synagogue, was opened in 1960 to display the collections of the Jewish Community of Rome: Roman silverware from the 17th and 18th century, precious textiles from all over Europe, miniated parchments and marble carvings saved when the Cinque Scole, the five synagogues of the Ghetto, were demolished.

On November 22, 2005 the Museum reopened to the public, after an extensive renovation. Today, it offers seven  galleries, whose guided itinerary highlights magnificent artifacts and documents through which over 2000 year of Roman Jewish history are narrated. The permanent collection reflect the profound relationship between the Jews and the city, the yearly cycle of the Jewish Holidays and family rituals.

The Museum is a unique place to discover the traditions, religion and history of the Jews of Rome, one of the oldest Jewish Communities of the world and gives access to The Great Synagogue and the Spanish Synagogue.

The Jews and the Black Death