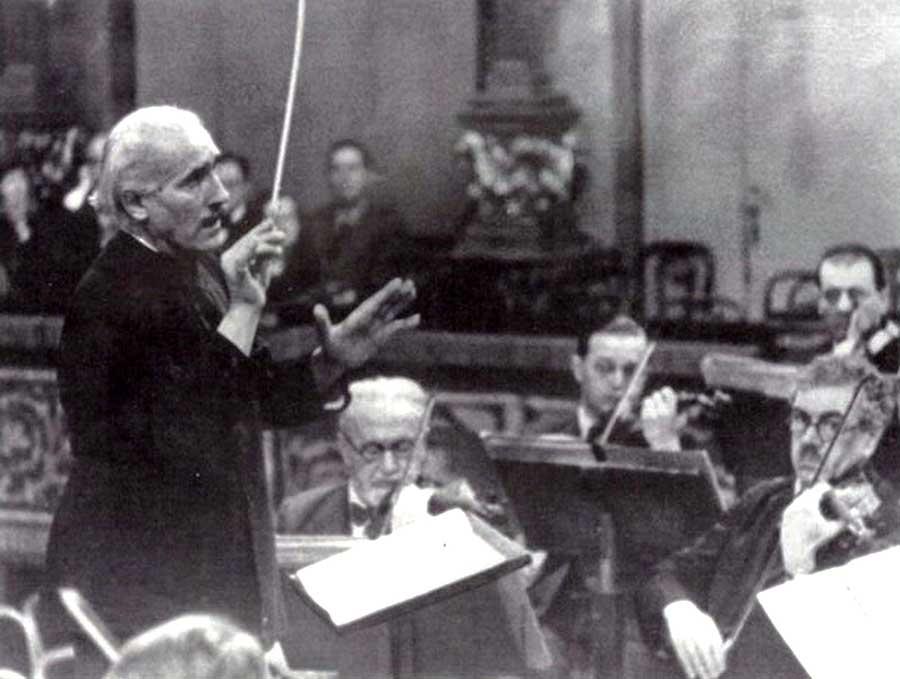 Acquiescence and Dissent: The Response of Intellectuals to the Fascist Racial Laws in Italy and Abroad

Annalisa Capristo
Annalisa Capristo received her degree in Philosophy from the University of Rome “La Sapienza” and her specialization in Library and Information Science from the Scuola Vaticana di Biblioteconomia. Her fellowships include the Istituto Italiano per gli Studi Storici di Napoli, the Biblioteca Vaticana, and the Accademia Nazionale dei Lincei. She is a librarian at the Centro Studi Americani in Rome. Dr. Capristo’s extensive research on the anti-Semitic and racist policies of Fascism resulted in the seminal study L’esclusione degli ebrei dalle accademie italiane (Zamorani, 2002), and in many important case-studies.

When, in 1938, the Fascist government passed the anti-Semitic Racial Laws and the Jews were banned from the Italian society and cultural life, the prevalent reaction among Italian intellectuals was of silent acquiescence. In some cases, either out of conviction or opportunism, public figures adhered to the directives of the regime with a zeal that leads one to wonder how widespread anti-Semitic prejudice was within the academic world.

Although Fascism had demonstrated early its willingness to stop dissent with violence and many lived in fear, such “deafening silence” raises not only an historical question but also one of national conscience.

There were, however, exceptions to the general indifference: a handful of Italian intellectuals broke the silence and protested against the persecution of their Jewish fellow citizens and colleagues.

In August 1938, philosopher and liberal senator Benedetto Croce – who had spoken out against Nazi racism and anti-Semitism in his journal La Critica – joined a Swedish appeal in favor of German Jews and denounced the persecution of the Jews in Italy. When his stance became public, he was fiercely attacked in the Italian press. On December 22, 1938 the headlines in the Turin newspaper La Stampa read: “Benedetto Croce on the side of the enemies of Italy.” Croce also refused to file [fill] the form for the racial census that the Venetian Institute of Sciences, Letters and Arts distributed to identify and expel the Jewish members of Italian academic and cultural institutions. On September 21, 1938 he sent a letter to the president of the Institute explaining that he would have preferred to be expelled rather than return the form completed, as he did not intend to perform the “hateful and at the same time ridiculous act of certifying that I am not a Jew at a time in which the Jewish people is being persecuted.”

In 1939 Attilio Cabiati, professor of Economic and financial politics at the University of Genoa, one of the most eminent Italian economists of the first half of 20th century, lost his chair because of his protest against anti-Jewish measures. In a letter addressed to the Finance Minister Thaon di Revel, in which he thanked him for having helped a Jewish lecturer flee Italy, Cabiati contested the “juridical nature” of the anti-Semitic laws and stated that he would open the discussion on the issue to his students. Thaon di Revel forwarded the letter to the Minister of National Education Giulio Bottai, who obtained Mussolini’s consent to dismiss Cabiati.

In a wiretapped telephone call on September 3, 1938, the internationally renowned conductor Arturo Toscanini criticized Fascist anti-Semitism branding it as “medieval stuff”. Mussolini ordered the withdrawal of his passports, which was eventually returned to avoid a scandal as the conductor was scheduled to play in New York in that season. He nonetheless left Italy for the United States in 1938.

Outspoken criticism of the racial laws also came from outside of Italy. In the newspapers Giustizia e Libertà, La Voce degli Italiani, Il Nuovo Avanti the Italian antifascist émigrés in Paris steadily denounced both the policy of the Fascist regime and the acquiescence of intellectuals and public opinion. The communist émigré Giuseppe Gaddi took the same stance in his pamphlet Il razzismo in Italia [Racism in Italy], published in France in 1939.

Several foreign intellectuals and scientists, Jewish and non-Jewish, protested against the anti-Semitic policies adopted by the Fascist regime.

On July 26, 1938, immediately after the start of the anti-Semitic campaign in Italy, the historian Cecil Roth, president of the Jewish Historical Society of England, sharply criticized Fascist anti-Semitism in The Times. He also resigned his membership from the two Italian historical societies to which he belonged, the Colombaria in Florence and the Deputazione di Storia Patria in Venice.

In August 1938, the renowned British ethnologist and anthropologist Charles G. Seligman refused to participate in the VIII Volta Congress on Africa, organized by the Accademia d’Italia. He wrote that he could not be part in the conference “because of the recent racial policy of the Italian government, which is entirely anti-scientific.” “Moreover”  –he added- “I do not feel that I can be the guest of a Government that is discriminating against the Jewish people, to whom I belong.”

In September, the Polish pianist Arthur Rubinstein cancelled his Italian tour and returned the decoration of Knight of the Crown of Italy. In his telegram to Mussolini he explained that he was doing so “because of your injustice to my race” [“en vue Votre injustice envers ma race”] and he signed himself  “Arthur Rubinstein, Jewish pianist” [“pianiste juif”].

When Albert Einstein was informed that Jewish scholars and scientists were expelled from all Italian academia, in solidarity with his colleagues and in protest against the Italian government, he resigned his membership from the Academia dei Lincei. In 1946, Einstein took up again his position as a foreign member of the academy at the invitation of the new president, the mathematician Guido Castelnuovo, who had been expelled from the institution in 1938.

Some non-Jewish scientists also protested against the Fascist regime.

On September 6, the British anthropologist and paleontologist Louis Seymour Bazett Leakey who had also been invited to the VIII Volta Congress on Africa, refused to participate and send his essay for the proceedings. Bazett Leakey wrote: “I am now however so deeply shocked by the new orders of the Government of Italy against people of the Jewish race, and particularly by the fact that this discrimination against the Jews is to be carried into universities and will affect men of Science (in which I hold that racial feelings should have no part) that I cannot possibly do as I had intended. I trust, Sir, that you will appreciate that I am fully confident that it is not the Scientists of Italy that hold these views, but nevertheless I take my action as a protest against the racial discrimination by the Government of Italy.”

The Dutch mathematician Jan Arnoldus Schouten, invited to the IX Volta Congress on Mathematics, scheduled for October 1939 (and then cancelled due to the outbreak of WWII) also refused to participate after hearing that such internationally renowned scientists as Tullio Levi-Civita had not been invited for “racial reasons”.

In December 1938 the famous Austrian-born conductor Erich Kleiber refused to conduct Beethoven’s Fidelio at La Scala after he heard that Jews were excluded from the staff and  the theater’s audience. His letter of protest was published by newspapers in the US.

And finally, on the other side of the ocean the internationally renowned anthropologist Franz Boas published a manifesto in defense of democracy and intellectual freedom which was signed by 1,284 American scientists, and appeared in The New York Times and The Washington Post on December 11, 1938.

The language that lived twice

— Though, we usually don’t review books available only in Italian, in this case, the approach to a familiar subject is so remarkably fresh that I trust will interest our…