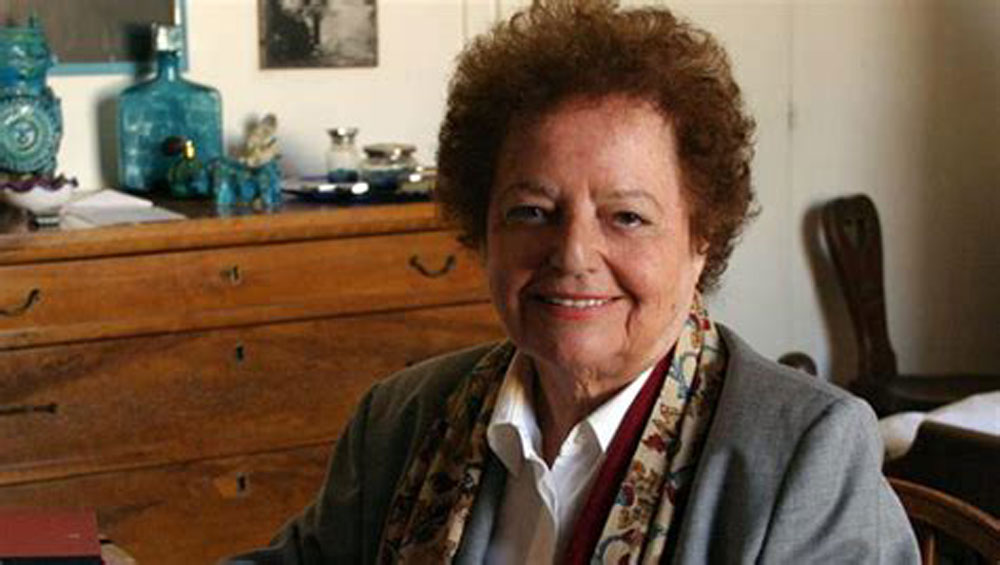 Lia Levi
Lia Levi is the editor-in-chief of the monthly magazine Shalom and the author of many books for children and adults. She has been awarded the Elsa Morante First Novel Prize (1994), the Castello Prize for Fiction (1994) and the Moravia Prize (2001). She lives in Rome.

The novel illustrates the way fiction can serve as emotionally powerful shorthand for biographical memory and historical accounts. Structured as an epistolary novel, it narrates the late life attempt of the protagonist to reconnect with the son he gave up during the tragic years of Jewish persecution.

Before the infamous racial laws, he had fallen in love with Sonia, the daughter of a wealthy anti-Semitic banker. In a long flash back, the novel recounts the parallel realities of the two families of origin: the Jewish one, who owned and ran a small hotel, and the gentile one which followed the ritualized social conventions of the Roman bourgeoisie. As the external pressure builds, this precarious marriage becomes almost clandestine, forcing the husband into a spiral of compromises.

Italy under Fascism provided a fertile ground during and after the war in Alberto Moravia and Giorgio Bassani’s novels. Lia Levi is writing from a different vantage point. Sixty yearsß after the war, she offers a new perspective, highlighting points of acute contemporary significance.

A.C: Your novel, like Moravia’s Gli Indifferenti, takes place in Parioli, an exclusive neighborhood in Rome. The wealthy Roman bourgeoisie in your novel lives by an elaborate set of lies. One of the most glaring and pervasive is disguising their anti-Semitism as classism.

L.L: Sure, that was a common practice, a subtle way not to deal with an ugly reality. Few people then or now would publicly admit: “I am a racist”.

A.C: In Italian the title was L’albergo della Magnolia, a beautiful title, referring to the name of the hotel run by the Jewish family. Why the change in English?

L.L: Together with my publisher we felt the The Magnolia Hotel would not have meant much to an English speaker. The Jewish Husband introduces the subject more explicitly.

A.C: You have developed a highly personal narrative style. There is always a simplicity of language, a desire to be crystal clear, to really get to the heart of the matter. Maybe this comes from your being also a children’s author, where clarity is paramount.

L.L: Perhaps. I keep these activities separate, as two distinct tracks, but I realize that a search for simplicity and essentiality has become somehow my signature.

A.C: Your novel unfolds in four intersecting planes: a central love story, a group portrait of the Roman bourgeoisie, individual stories versus historical events, and perhaps the crucial theme of the book: betrayal and deceit.

L.L: I am not sure we should talk about the first as a love story, I prefer to characterize it as a passion, an amorous passion. Further, that last and most important theme is also one of self-deceit. Amos Oz said that life is based on compromises; the question becomes what kind of compromises we are willing to make…

A.C: One of the merits of the novel is to show step by step how the racial laws forced the protagonist onto an irreversible path of compromises. Once he takes the first step he is doomed and finds himself on the path to self betrayal…

L.L: Lying to oneself and betraying oneself is clearly on of my central themes.

A.C: Is the book based on a true story?

L.L: No. But I lived through that historical period as a child, and I feel I have assimilated it deeply. It comes out naturally as the backdrop of my inner life. So, as I unleash my imagination in the creation of fiction, I draw from a true and accurate atmosphere that relates to that time period. The plot makes veiled references to stories I have heard about, which occurred in later times.

A.C: I would like to go back to the theme of compromise, which colored that whole period for so many.

L.L: Naturally, there were many different kinds and levels of compromise… The lesson, then and now, is never to give up one’s dignity. In my case, my mother hid me in a boarding school run by nuns, where I was given a non-Jewish name. Giving up my name and my identity was more than a compromise, it was a lie.

A.C: The American public, with few exceptions, is still not familiar with the period of Jewish persecution in Italy. In this sense your novel is an eye opener…

L.L: I was rather surprised when I visited the Holocaust Museum in Washington DC: there are references to Mussolini’s racial laws and to the prohibition of mixed marriages, but beyond this, one does not get a sense of what really happened.

A.C: One of the main achievements of your narrative is precisely to make the reader feel the horror of the progressive deprivations, loss of identity and hope experienced by Italian Jews under Fascism…

L.L: You can commit a crime not only by killing someone but also by taking his dignity away. There is a specific horror in the daily practice of discrimination and segregation.

AC: A passage in your novel describes a crucial moment: the census of Italian Jews in August, 1938, an apparently innocent administrative act which in effect marked the beginning of total segregation….

L.L: It was not easy for the Fascist to tell Italian Jews apart from gentiles with the census the has reliable lists. Not filling out the census was perceived as a great risk.

A.C: The episode of the census resonates with contemporary events showing how administrative acts can have enormous political consequences.

L.L: This book is about the past and the present.

A.C: The characters in this book are only vaguely aware of the genocide of European Jewry, which is taking place in the concentration camps in Eastern and Central Europe. Italy still feels relatively safe. The point that you make forcefully is whether the Italian Fascists threatened the physical lives of the Jews, they created a psychological and economic environment so dehumanizing and degrading that it effectively wiped out their whole way of life.

LL: I wanted to show what it feels like to be turned into second-class citizens!  I have explored the same theme in even greater detailed in another one of my books, Tutti i Giorni di tua vita, which follows a family from 1922 until after the war. There I chronicle the expulsion of the Jews from universities and jobs and the race to take over workplaces “freed” by the expulsion of the Jews.

A.C: How do you see the complementarities of history and the kind of literature that you are involved with?

L.L: Nothing can or should substitute the study of history, but there are certain details that can shed light on particular historical events, which can be best, grasped through a literary passage or a movie scene. I do think literature can help make people understand history. In The Jewish Husband, the professor/narrator cannot conceive that the law prohibiting Jews from teaching applies to him (“so dedicated, so competent, so loved by his students”). He shows up for the first day of school as if nothing had changed. I feel this illustrates the absurdity of it all…

A.C: Then there is the bizarre scene of the Matrimonio Paolino, the allowed church wedding between a gentile and a Jew – with the agreement that the children will be brought up as Catholics…

L.L: Writing fiction allows mixing past and present. Those weddings actually did occur during Fascism despite the official ban on mixed marriages. I was able to describe it because I actually attended one after the war. The Matrimonio Paolino is a demonstration of the political cunning of the Church.

A.C: Sonia’s cousin, Ruben is a very interesting character. In contrasts to the professor, he is a non-intellectual, a man of action. He has declared himself an antifascist yet…

L.L: I was interested in portraying someone strong, who actively embraced the antifascist resistance, yet at a crucial point of this life – as it happened to many – confronted with immediate danger, was not able to save himself. Ruben had clear strength, but lacked the versatility to get out of harm’s way or to make the necessary compromises to survive.

A.C: The ending allows the reader several different readings.  The father, in giving up his paternal rights, either commits the ultimate act of cowardice, or makes this ultimate act of renunciation in order to save his son…

L.L: This often comes up in public readings, and the truth is that authors do not have all the answers regarding the motives of the characters. One possible answer is that after so many compromises, finally the father acts out of a nobler spirit of sacrifice. This ties in to the sacrifice of the desperate parents who during deportation attempted to save their children by literally throwing them from the trains.

A.C: The current political climate in Italy makes reflecting on the Fascist past particularly poignant.  How do you feel about the way contemporary authors have dealt with this subject?

L.L: Naturally I find it both significant and positive that younger generations of writers wish to write about that period. I think there have been many failed attempts to do this, and a few very successful ones. Daniel Mendelsohn’s The Lost is excellent. He found a new literary form, a new way of narrating. There have also been successful movies, but regardless of the medium I think the challenge is to find new, personal ways to depict this material.

A.C: Though in no way a religious book, one senses in your novel an ethical tension, typical of the Jewish tradition: “thou shall tell your children”…

L.L: Certainly! Though I consider myself a rather non-religious person, the Seder has always been a central moment in my life. I have internalized the importance of the telling of the story, a story. I don’t want to say that one tradition is better than another, but simply that this one is mine, I was brought up in it.

The National Museum of Italian Judaism and the Shoah opened its third exhibition entitled Beyond the Ghetto. Inside Out curated by Andreina Contessa, Simonetta Della Seta, Carlotta Ferrara degli Uberti,…