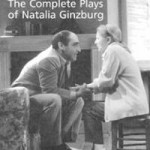 Author
Natalia Ginzburg, arguably the most important woman writer of postwar Italy, always spoke of herself with irrepressible modesty. Yet the woman who claimed she “never managed to climb up mountains” in fact wrote the history of twentieth-century Italy with her sparse and captivating prose, chronicling Fascism, war, and the Nazi occupation as well as the intimacies of family life. Ginzburg’s marriage to Leone Ginzburg, who met his death at the hands of the Nazis for his anti-Fascists activities, and her work for the Einaudi publishing house placed her squarely in the center of Italian political and cultural life. But whether writing about the Turin of her childhood, the Abruzzi countryside, where her family was interned during World War II, or contemporary Rome, Ginzburg never shied away from the traumas of history-even if she approached them only indirectly, through the mundane details and catastrophes of personal life. Intensely reserved, Ginzburg said that she “crept toward autobiography stealthily like a wolf.” But she did openly discuss her life and her work in an extraordinary series of interviews for Italian radio in 1990. Never before published in English, It’s Hard to Talk about Yourself presents a vivid portrait of Ginzburg in her own words on the forces that shaped her remarkable life-politics, publishing, literature, and family. This fluid translation will join Ginzburg’s autobiography, Family Sayings, as one of the most important records of her life and, as the editors write in their preface, “the last, unexpected, original book by Natalia Ginzburg.”

Wendell Ricketts is a writer and translator living in Italy. He holds an MA in English and creative writing from the University of New Mexico.

The Wrong Door is the first English-language translation of the complete plays of Italian writer Natalia Ginzburg (1916-1991). Bringing together the eleven plays Ginzburg wrote between 1965 and the months before her death, this volume directs attention to Ginzburg’s unique talent as a dramatist.
Ginzburg’s plays, like her novels and short stories, are incisive, finely tuned studies of family drama, of the breakdown of relations between the sexes, and of the tribulations of Italian domestic life. The plays showcase Ginzburg’s fearless social commentary, her stark and darkly comic observations of Italian life, and her prescient analyses of the socio-economic changes that have transformed modern Italy. Along the way, Ginzburg creates memorable female characters in a series of fascinating roles. In this fluent and faithful translation, Wendell Ricketts highlights Ginzburg’s scalpel-sharp dialogue and lays bare the existential absurdities that lie at the heart of her plays.
Including an introduction by the translator and two essays by Ginzburg on her approach to the theatre, The Wrong Door adds a new dimension to the literary portrait of one of Italy’s most significant modernist writers.