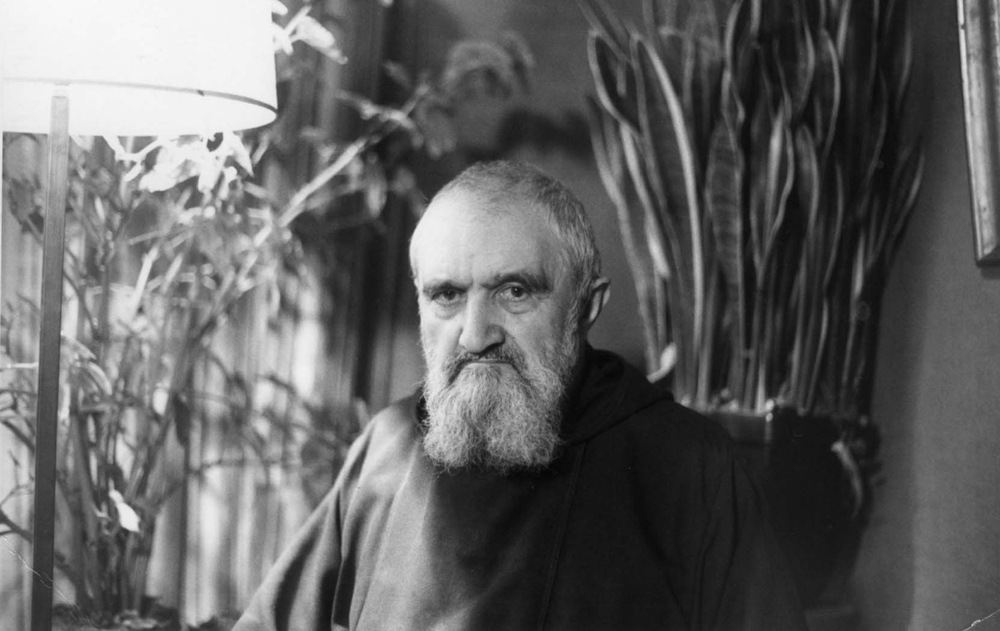 Susan Zuccotti, Père Marie-Benoît and Jewish Rescue How a French Priest Together with Jewish Friends Saved Thousands during the Holocaust, Indiana University Press, 2003


Susan Zuccotti
Susan Zuccotti received her B.A. in history from Wellesley College, and her PhD in modern European history from Columbia University. She is the author of The Italians and the Holocaust: Persecution, Rescue, and Survival (New York: Basic Books, 1987); The Holocaust, the French and the Jews (New York: Basic Books, 1993);  Under His Very Windows: The Vatican and the Holocaust in Italy (New Haven: Yale University Press, 2000); and Holocaust Odysseys: The Jews of Saint Martin Vésubie and Their Flight through France and Italy, 1939-1945 (New Haven: Yale University Press, 2007). She has also published many articles and reviews in academic journals. Her first book received the National Jewish Book Award for Holocaust Studies in the United States and the Premio Acqui Storia–Primo Lavoro in Italy.  Under His Very Windows received the National Jewish Book Award for Jewish-Christian Relations and the Sybil Halpern Milton Prize of the German Studies Association. Dr. Zuccotti has taught Holocaust and general Western European history at Columbia and Barnard Colleges in New York City and at Trinity College in Hartford, Connecticut.  Her new biography of Père Marie-Benoît (Padre Maria Benedetto), a French Capuchin priest who, working closely with Jewish friends and associates, rescued thousands of Jews in Marseille and Rome during the Holocaust, will be published in the spring of 2013.

Susan Zuccotti narrates the life and work of Père Marie-Benoît, a courageous French Capuchin priest who risked everything to hide Jews in France and Italy during the Holocaust. Who was this extraordinary priest and how did he become adept at hiding Jews, providing them with false papers, and helping them to elude their persecutors? From monasteries first in Marseille and later in Rome, Père Marie-Benoît worked with Jewish co-conspirators to build remarkably effective Jewish-Christian rescue networks. Acting independently without Vatican support but with help from some priests, nuns, and local citizens, he and his friends persisted in their clandestine work until the Allies liberated Rome. After the conflict, Père Marie-Benoît maintained his wartime Jewish friendships and devoted the rest of his life to Jewish-Christian reconciliation. Papal officials viewed both activities unfavorably until after the Second Vatican Council (Vatican II), 1962-1965.
To tell this remarkable tale, in addition to her research in French and Italian archives, Zuccotti personally interviewed Père Marie-Benoît, his family, Jewish rescuers with whom he worked, and survivors who owed their lives to his network.

A Righteous Priest
Père Marie-Benoît saved thousands of Jews from the Holocaust. But he never tried to convert them.
Melanie Kirkpatrick, The Wall Street Journal

At the Yad Vashem Holocaust memorial in Jerusalem, there is a tree planted in honor of a French priest. Père Marie-Benoît is one of the “Righteous Among the Nations,” non-Jews honored by the state of Israel for protecting and rescuing Jews during that black moment in human history. Working with underground Jewish rescue organizations, Père Marie-Benoît saved thousands of Jews in France and Italy.
The priest survived World War II, going on to become an intellectual force within the Catholic Church, a voice for Jewish-Catholic reconciliation and an early advocate of many of the reforms promulgated by Vatican II in the 1960s. He died in 1990 at the age of 94. His is a remarkable and inspiring life story, and historian Susan Zuccotti tells it well in her readable biography, “Père Marie-Benoît and Jewish Rescue.”
Père Marie-Benoît was a member of the Capuchin order, a branch of the Franciscans. He was a tall, burly man with a long beard, always clad in the order’s signature brown cassock. He couldn’t have gone about his rescue work unnoticed, and he had several close escapes from the Nazis.
The priest called the Jews he helped his “protégés.” He began his work in Marseille, in unoccupied France, when a man visited his monastery and asked for aid for a Jewish girl in his family. “One case led to another,” Ms. Zuccotti writes, and Père Marie-Benoît soon gained a reputation as someone who could be counted on to assist Jews. After a while, the trickle of prospective protégés knocking on his door “swelled into a flood,” and soon “there were not enough false documents, not enough hiding places, and not enough money.” In 1943, after the Germans occupied southern France, the priest was reassigned to Rome, where he had studied before the war.
In both countries, Père Marie-Benoît worked with Jewish rescue groups, and Ms. Zuccotti describes his close friendships with several leaders of the Jewish community. She also describes his relationships with fellow Catholic clerics—priests, friars and nuns—who helped Jews. Much of his work was accomplished in the shadow of the Vatican, though not usually with its direct knowledge and not under its supervision. In 1943, he secured a private audience with Pope Pius XII in which he appealed to the pontiff to help Jews trapped in France, Italy and Spain.
Père Marie-Benoît arranged for hiding places in religious institutions and schools. He hosted secret meetings of Jewish rescue organizations in his monastery. He persuaded sympathetic local officials to give him blank residency permits and other documents that were then filled in with the names of desperate Jews. He cultivated relationships with potential funders.
One thing he didn’t do, according to Ms. Zuccotti, was try to convert the Jews under his care. A woman he helped informs the author that Père Marie-Benoît told her to “be a good Jewess.” A couple he assisted said that the priest advised them: “You are Jewish, and you must remain Jewish.” In the context of the times, when many Catholic clerics believed they had an obligation to convert Jews, Père Marie-Benoît’s view wasn’t in the mainstream. The priest perceived Jews “as the Chosen People of God,” Ms. Zuccotti writes, “creators of the Old Testament upon which both Judaism and Christianity are based.” He believed that anti-Semitism was both evil and “theologically erroneous.”
The key question for anyone writing about a rescuer during the Holocaust is: Why did he do it? What inner resources did Père Marie-Benoît draw on? Where did he find the moral conviction and the physical courage to risk his life over and over again in the service of people with whom he shared little but a common humanity?
Père Marie-Benoît left behind correspondence, notebooks and other papers, which Ms. Zuccotti quotes, and she interviewed him not long before his death. But his own reflections prove unsatisfactory, not least because, as she puts it, he “did not dwell on his own humanitarianism and natural compassion for others.”
She traces his empathy for Jews back to his early life in a part of France where faithful Catholics were persecuted. Père Marie-Benoît had an ancestor who was executed in the late 18th century for the crime of sheltering a priest who refused to take the required oath of allegiance to France. An uncle who was a priest was expelled from the country after his abbey was seized by the French army in 1880. Père Marie-Benoît himself had to go to Belgium to prepare for the priesthood because of anticlerical laws that prohibited members of religious orders from teaching in France. Ms. Zuccotti believes that this “youthful sense of belonging to a persecuted minority within a hostile state” played a role in developing his commitment to rescuing Jews.
His experiences as a soldier in World War I were also influential. Four years as a stretcher-bearer on the Western Front taught him not to “back away from dangerous, difficult assignments,” she writes. As a priest, he had a deep interior life, but his stint as a soldier taught him how to be a man of action.
Père Marie-Benoît received many accolades during his long life, including the Legion of Honor from his native France. In 1958, thanks to funds raised by the Jewish community of Rome, he visited Israel. In 1966, Israel honored him as one of the Righteous Among the Nations.
Ms. Zuccotti has written several books about the Holocaust and wartime Italy and France. Her scholarship provides depth and context to the story of Père Marie-Benoît and the perilous landscape in which he operated. Most of all, her biography helps to keep alive the memory of one of the brave men and women whose actions showed that goodness and charity will survive even in the midst of a great evil.