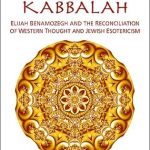 Philosophy and Kabbalah offers an analysis of the life and work of Elijah Benamozegh (1823–1900), an Italian Kabbalist and philosopher of Moroccan origins. Although the relationship between Kabbalah and philosophy has always been problematic, Benamozegh considered Kabbalah to be the true dogmatic and rational tradition of Judaism. In his numerous books and articles in Hebrew, Italian, and French, he constantly integrated this Jewish esoteric tradition into the currents of Western European philosophy, particularly Hegelian idealism and positivism, as well as the philosophy of the unconscious that would later develop into psychoanalysis. Benamozegh’s inspired reading of Spinoza, his grand project of a universal religion, his “feminization” of Jewish thought, and his ability to excel simultaneously as a rabbi, an Italian patriot, a citizen of the République des Lettres, and a proud representative of an ancient Sephardic culture make him one of the most outstanding and original figures of the nineteenth-century Jewish culture.

“Guetta carefully contextualizes the thinking of this last great Kabbalist on Italian soil against the background of earlier and contemporary Italian Jewish thought and general philosophical and theological trends throughout Europe. The result is a marvelous reconstruction of a highly original Jewish thinker attempting to carve a place for Jewish tradition within European culture through his innovative interpretations of Kabbalistic sapience and its relevance for the modern world.” — David B. Ruderman, Ella Darivoff Director, Center for Advanced Judaic Studies, University of Pennsylvania

“We should all be grateful for Alessandro Guetta’s important study that places the little-known Jewish sage Benamozegh at the forefront of modern Kabbalists.” — David Appelbaum, author of Jacques Derrida’s Ghost: A Conjuration

Pius XII and the Holocaust

Pius XII and the Holocaust. Current State of Research. On March 8-9, 2009  Yad Vashem International Institute for Holocaust Research  and the Salesian Theological Institute of Saints Peter and Paul…