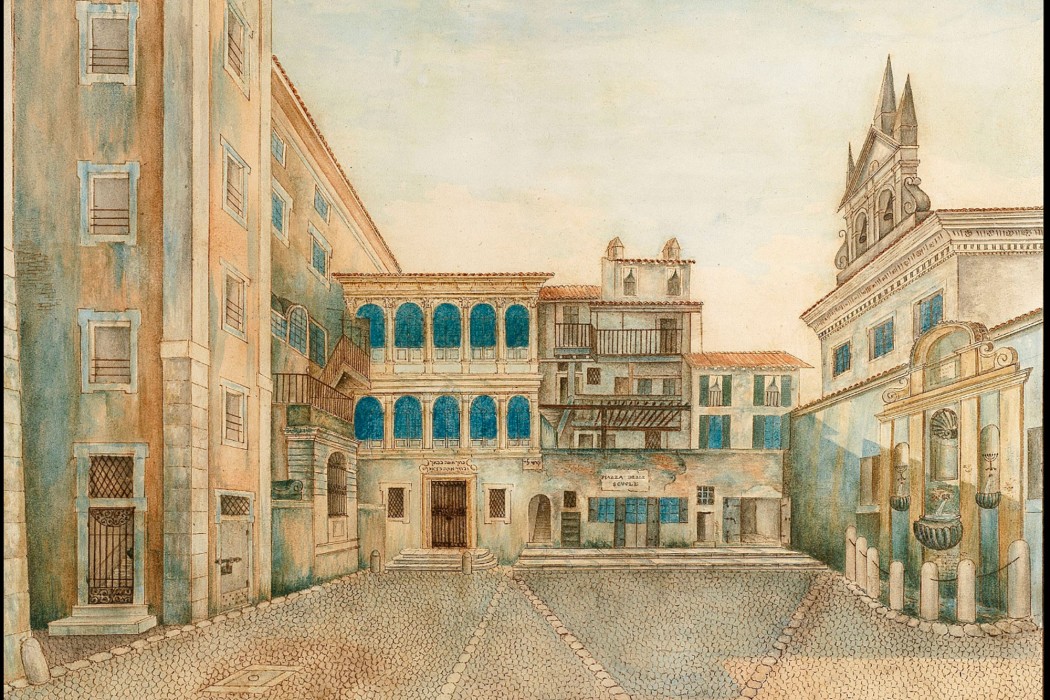 The square is named after the building that housed the five synagogues of the Jewish community of Rome from the institution of the ghetto in 1555 to the emancipation of Rome from the temporal power of the Church in 1870.

The Cinque Scòle were heavily damaged by a fire in the late 19th century and subsequently demolished. In 1904 the main synagogue of Rome, Tempio Maggiore, was inaugurated few blocks away from the old site by Palazzo Cenci.

The furnishing and apparels of the Cinque Scòle are today on view at the Jewish Museum of Rome. In 1930 some were used to establish the Oratorio Spagnolo on the lower level of the Tempio Maggiore. The oratorio functions for daily religious service.

On the Hard Questions Primo Levi’s Still Asking   One hundred years ago Primo Levi was born in Turin, the first-born son of a middle-class Jewish-Italian family. They were turbulent…